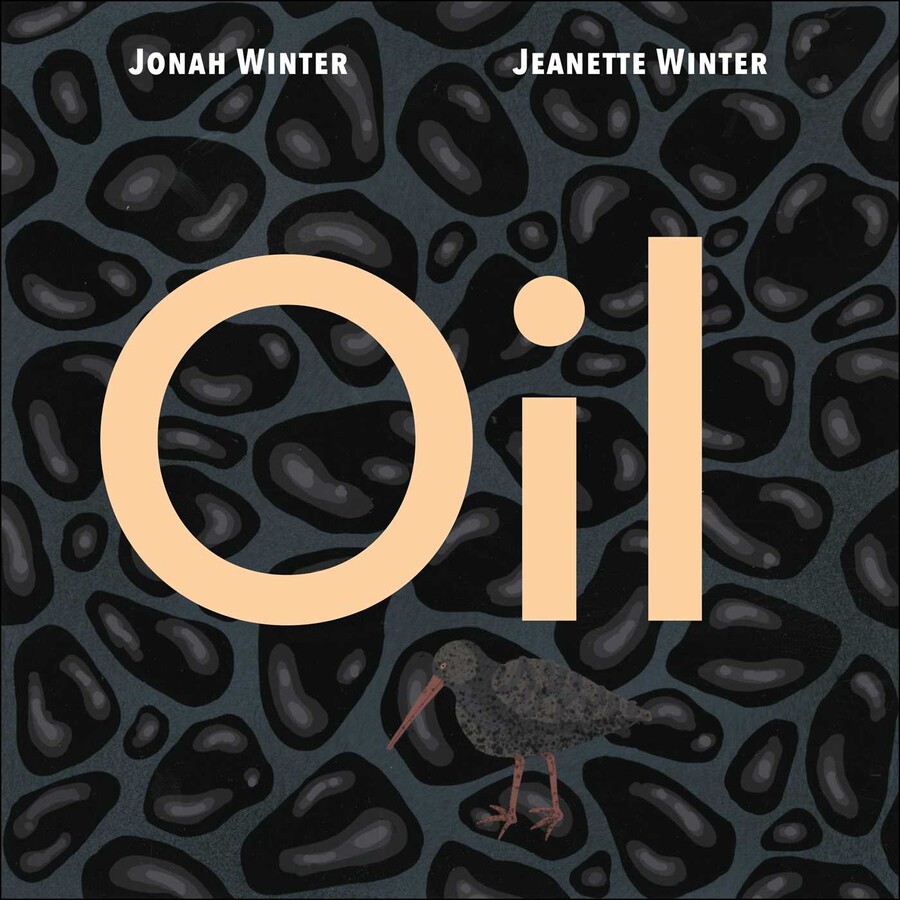 Mother-son team Jonah Winter and Jeanette Winter tell the story of the Exxon Valdez oil spill and its devastating and lingering effects in this poetic and timely picture book.

Oil is drawn up from deep in the earth by machines, transported through pipelines, and pumped onto a ship that sails out to sea. When the ship crashes into a reef, the oil spills out over miles of ocean, covering rocks and animals alike. What will the consequences be?

In this poignant and impactful picture book, celebrated picture book creators Jonah Winter and Jeanette Winter powerfully explore the devastating impact mankind can have on nature. 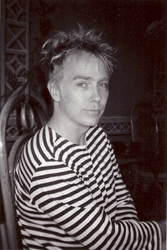 Jonah Winter is the award-winning author of more than forty nonfiction picture books that promote environmental awareness and social and racial justice. Among them are Here Comes the Garbage Barge!; Ruth Bader Ginsburg: The Case of R.B.G. vs. Inequality; My Name is James Madison Hemings; Barack; The Founding Fathers!; and Lillian’s Right to Vote, a Jane Addams Children’s Book Award recipient and Kirkus Prize finalist.

Jeanette Winter is a celebrated picture book creator whose acclaimed works include Diego; Oil; and The Secret Project, all written by Jonah Winter, and her own Sisters: Venus & Serena Williams; The World Is Not a Rectangle: A Portrait of Architect Zaha Hadid; Nanuk the Ice Bear; Malala, a Brave Girl from Pakistan/Iqbal, a Brave Boy from Pakistan: Two Stories of Bravery; Henri’s Scissors; Biblioburro: A True Story from Colombia; Nasreen’s Secret School: A True Story from Afghanistan; and The Librarian of Basra: A True Story from Iraq.

On March 24, 1989, the Exxon Valdez ran aground off the coast of Alaska, spilling 11 million gallons of oil across 11,000 square miles of ocean. Jonah Winter recounts this incident in simple, straightforward text: thick, hot oil is pumped from deep underground into gigantic pipelines that cross miles of pristine wilderness to a port where it is transferred onto enormous ships. As one tanker glides past icebergs and sea creatures, it wrecks, causing crude oil to gush into the water, killing wildlife and spreading over miles of ocean and shoreline. Jeanette Winter's simple, uncluttered art depicts both the machinery of the oil industry and the natural beauty of the Alaskan arctic and northwest reaches of the Pacific, filled with snow, tundra, wildlife, mountains, and icy ocean vistas. Two wordless spreads pause the narrative and allow young readers to fully absorb the leak's impact. One depicts the initial breach with oil flowing all around unsuspecting sea creatures; the other offers an overhead ocean view, revealing the enormity of the disaster. Perhaps most moving, however, are the illustrations that show seabirds and otters covered in oily crude. Concluded with an author's note, suggested readings, and a final spread that reminds readers that some of the spill remains uncontained, this is an accessible and important contribution to environmental science.

Lyrical prose and textured illustrations in layered colors distinguish this picture book treatment of the environmental disaster....With this latest, the mother-son team behind The Secret Project again demonstrates an aptitude for clear and concise storytelling, here around detrimental alterations to the natural landscape.

When the Exxon Valdez runs aground in 1989 and dumps oil along the Alaskan coast, the damage done is brutal, extensive, and long-lasting. With confidence in his young audience’s ability to grasp the seriousness of the spill and its environmental repercussions, Jonah Winter begins with an explanation of how oil is extracted from the earth and carried by pipelines through a tundra that Native people call home....It’s a sobering but necessary reminder that these disasters are not easily tidied up.

The passion and urgency of this title will surely launch sobering discussion.

Oil is [an] affecting early primer....In simple, stark prose, Jonah's candid words need no embellishments to underscore the magnitude of this manmade disaster. The minimal type on the page provides maximal space for Jeannette's sweeping, impassioned art. Despite Jonah's sober ending, younger readers just might be the antidote to the seeming bleakness: galvanized by the Winters, awareness is always the necessary first step toward action. With affecting urgency, the award-winning son-mother team Jonah and Jeanette Winter exposes the ongoing environmental consequences of the Exxon Valdez disaster for young audiences.