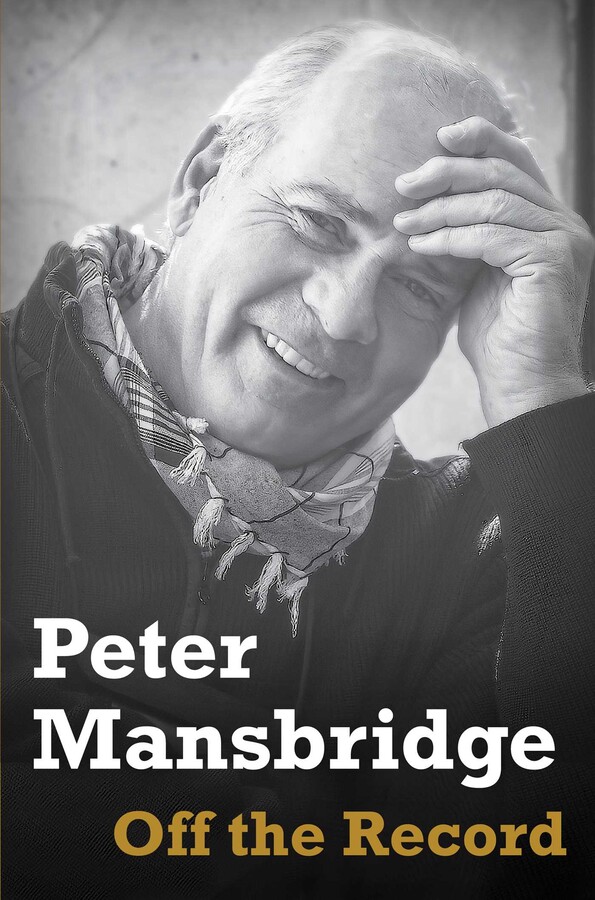 Peter Mansbridge invites us to walk the beat with him in this entertaining and revealing look into his life and career, from his early broadcasting days in the remote northern Manitoba community of Churchill to the fast-paced news desk of CBC’s flagship show, The National, where he reported on stories from around the world.

Today, Peter Mansbridge is often recognized for his distinctive deep voice, which calmly delivered the news for over fifty years. But ironically, he never considered becoming a broadcaster. In some ways, though, Peter was prepared for a life as a newscaster from an early age. Every night around the dinner table, his family would debate the news of the day, from Cold War scandals and Vietnam to Elvis Presley and the Beatles.

So in 1968, when by chance a CBC radio manager in Churchill, Manitoba, offered him a spot hosting the local late night music program, Peter embraced the opportunity. Without a teacher, he tuned into broadcasts from across Canada, the US, and the UK to learn the basic skills of a journalist and he eventually parlayed his position into his first news job. Less than twenty years later, he became the chief correspondent and anchor of The National.

With humour and heart, Peter shares never-before-told stories from his distinguished career, including reporting on the fall of the Berlin Wall and the horror of 9/11, walking the beaches of Normandy with Tom Brokaw, and talking with Canadian prime ministers from John Diefenbaker to Justin Trudeau. But it’s far from all serious. Peter also writes about finding the “cure” for baldness in China and landing the role of Peter Moosebridge in Disney’s Zootopia. From the first (and only) time he was late to broadcast to his poignant interview with the late Gord Downie, these are the moments that have stuck with him.

After years of interviewing others, Peter turns the lens on himself and takes us behind the scenes of his life on the frontlines of journalism as he reflects on the toll of being in the spotlight, the importance of diversity in the newsroom, the role of the media then and now, and the responsibilities we all bear as citizens in an increasingly global world. 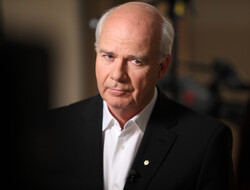 Courtesy of the author
Peter Mansbridge

Peter Mansbridge is one of Canada’s most respected journalists. He is the former chief correspondent for CBC News; anchor of The National, CBC’s flagship nightly newscast where he worked for thirty years reporting on national and international news stories; and host of Mansbridge One on One. He has received over a dozen national awards for broadcast excellence, including a lifetime achievement award from the Academy of Canadian Cinema & Television. He is a distinguished fellow of the Munk School of Global Affairs & Public Policy at the University of Toronto and the former two-term Chancellor of Mount Allison University. In 2008, he was made an Officer of the Order of Canada—the country’s highest civilian honour—and in 2012 he was awarded the Queen Elizabeth II Diamond Jubilee Medal. He is the author of the instant #1 national bestseller Extraordinary Canadians and also the national bestseller Peter Mansbridge One on One: Favourite Conversations and the Stories Behind Them. He lives in Stratford, Ontario. Follow him on Twitter @PeterMansbridge, visit him at ThePeterMansbridge.com, or listen to his daily podcast, The Bridge, with Sirius XM Canada.

“Captures—with an unerring eye for humour, delightful contradiction, national setbacks, and high achievement—the evolution of a great nation. With the skill of a celebrated journalist, Mansbridge chronicles his own rise from obscurity in Northern Manitoba to his emergence as Canada’s voice covering the greatest and most consequential events around the world for four decades. This is an absolute page turner.”
— THE RIGHT HONOURABLE BRIAN MULRONEY

“This book is Peter’s handshake. I’m willing to bet a penny—the book explains why pennies matter while money does not—you will be grateful to take the hand which is offered.”
— RON MacLEAN

“Mansbridge was front and centre for so many historic events. His behind-the-scenes dispatches are fascinating, moving, and funny.”
— RICK MERCER

“Peter’s emergence from beneath the colonial cloak that normalized injustices toward First Nations, Metis, and Inuit peoples to being a strident supporter of truth, justice, and reconciliation sets a path for others to follow.”
— CINDY BLACKSTOCK, executive director of the First Nations Child and Family Caring Society

“Mansbridge is more than an institution. He’s a warm and thoughtful man with great stories to tell. This book is convincing evidence of that.”
— BOB RAE

“When you welcome a person into your home, night after night, year after year, you figure you’ve gotten to know him. Millions of Canadians feel that connection to Peter Mansbridge, an intimate bond formed by trust and familiarity. Turns out, there’s plenty we didn’t know. Chock-full of behind-the-scenes insights into the world’s major news events and revealing anecdotes about his formative years, all delivered with self-deprecating humour and sage wisdom, Off the Record is Peter at his best.”
— DUNCAN McCUE, CBC Radio host and journalist

“Mansbridge treats us to the tales that journalists like best: the stories behind the stories, big and small. What do prime ministers say when the camera isn’t rolling? Does being Canada’s most recognized news anchor mean you can get out of a speeding ticket? Reading this book is like sitting down with a trusted old friend, who saw everything you saw—and more. Peppered with insight, reflection, and yes, a few laughs, too, Off the Record will leave you wanting to say to Mansbridge what he said to Canadians for thirty years: ‘Thanks for watching.’”
— SUSAN DELACOURT, political journalist and author

“Always a beacon of composure and trusted information, Peter is someone I have admired since I was a child. This page turner is an intimate look at his life behind the scenes with some of the world’s most fascinating news stories and engaging newsmakers of our lifetimes.”
— DR. HAYLEY WICKENHEISER, four-time Olympic Gold Medalist

“A news junkie’s dream for its stories behind the news stories.”
— Zoomer

“[Mansbridge’s] quick, dry humour, often self-deprecating, is well-known to friends and in ample evidence here. . . . He retains the sense of wonder of someone who knows they have been given a particularly privileged seat from which to watch the world. . . . [An] often-compassionate, always-engaging book.”
— Policy

“Have you ever wanted to have coffee or a beer with the longtime anchor of CBC-TV’s The National? Reading Off the Record is the next best thing.”
— Winnipeg Free Press