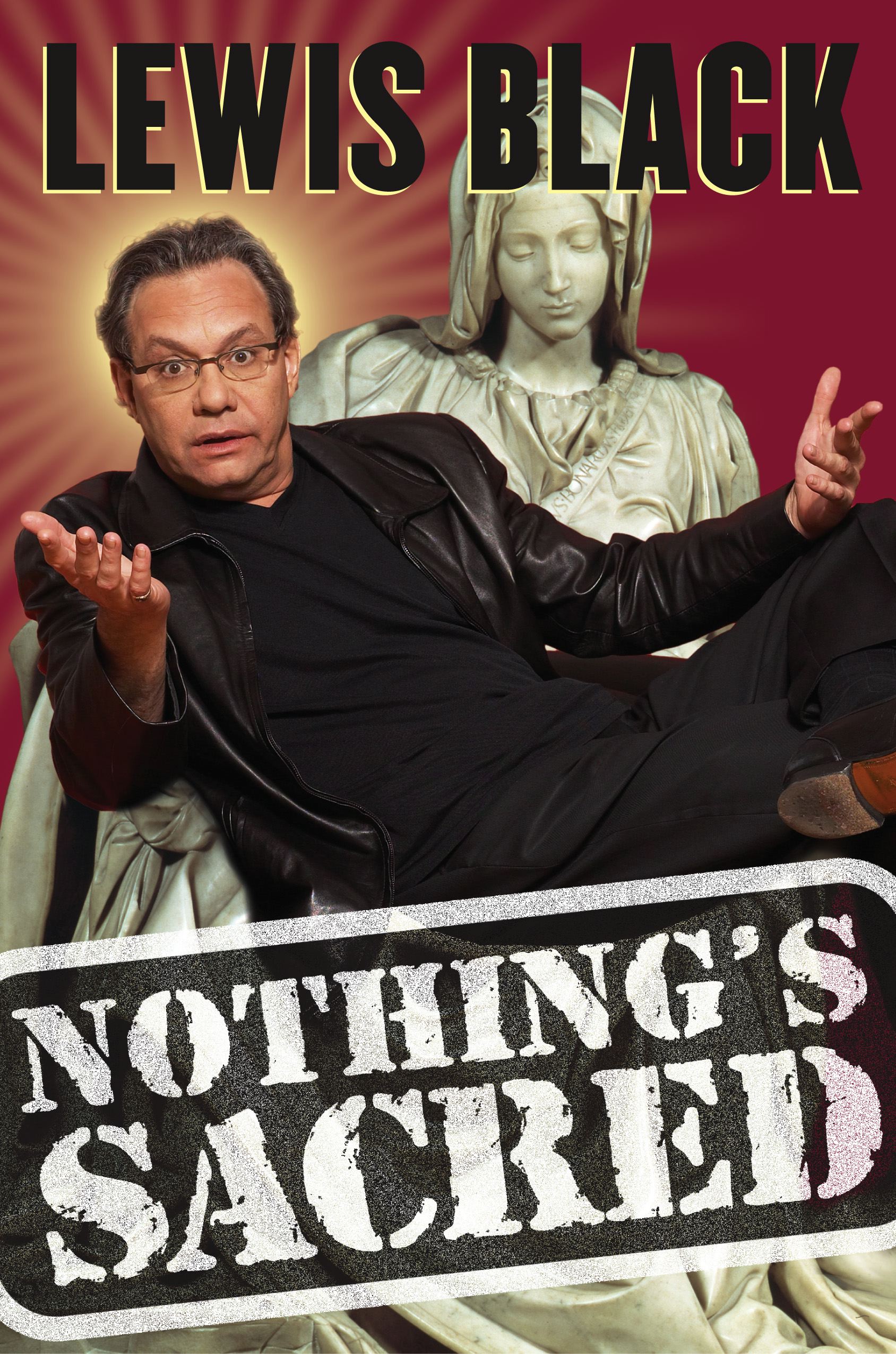 You've seen him on The Daily Show with Jon Stewart offering up his trademark angry observational humor on everything from politics to pop culture. You've seen his energetic stand-up performances on HBO, Comedy Central, and in venues across the globe. Now, for the first time, Lewis Black translates his volcanic eruptions into book form in Nothing's Sacred, a collection of rants against stupidity and authority, which oftentimes go hand in hand.

With subversive wit and intellectual honesty, Lewis examines the events of his life that shaped his antiauthoritarian point of view and developed his comedic perspective. Growing up in 1950s suburbia when father knew best and there was a sitcom to prove it, he began to regard authority with a jaundiced eye at an early age. And as that sentiment grew stronger with each passing year, so did his ability to hone in on the absurd.

True to form, he puts common sense above ideology and distills hilarious, biting commentary on all things politically and culturally relevant. "No one is safe from Lewis Black's comic missiles." (New York Times)

You have been warned....

Introduction: Why I Hate Authority

What am I doing writing a book?

I can't sit still for that long.

For reasons that now escape me, I wanted to be a foreign service officer. Who knows, maybe I thought it was glamorous, or maybe the idea of travel just appealed to me. (I doubt I was really interested in shaping American foreign policy; that sounded too much like work.) I soon discovered how many requirements there were to qualify for a job in foreign service, and that's when I decided that I wanted to be a writer, because there were no requirements. All you had to say was, "I am a writer," and you became one. You didn't even have to write anything. You could just sit in a coffee shop with a notebook and stare into space, with a slightly bemused look on your face, judging the weight of the world with a jaundiced eye. As you can see, you can be completely full of shit and still be a writer. Okay, maybe that's the one requirement.

I also thought it was going to be a great way to meet girls, but it wasn't -- probably because as I was staring into space, I no doubt looked mildly retarded. You see, I wanted to write plays, which in retrospect is a lot harder than learning Mandarin, I think. How I ended up in this delusional state shall be saved for another time.

Eventually I began to fill the pages in front of me with words. It was exciting. It was romantic. And yet I felt like I was losing my mind, listening to voices in my head while trying to overcome years of lethargy by sitting and stewing in my own juices for hours. My brain was constantly humming with a little voice that would cry out, "Are you insane? Who would want to read this drivel of yours, let alone perform it? There are real jobs even you can do and contribute to society. You are insane, aren't you? You just want to end up in an asylum somewhere, where they will take care of you." And in the twenty or so years that I wrote plays, I made less than I would have if I had chosen to be a migrant worker.

And so after years of playwriting, I became a successful comic. Go figure. So imagine my surprise when Steve, my agent, called and asked me if I wanted to write a book. Without hesitation I said, "Of course I want to write a book." But my brain was shouting, "You're insane."

With so many more places to drink coffee nowadays, I leaped at the opportunity to share my insights with the world. Ask someone to write a book and that person's ego knows no bounds.

After years of working as a comic, I know how to talk funny. But can I write funny? So that the words leap off the page in such a way that the reader is filled with glee? You don't know till you try, and there are legions of critics ready to tell you that you aren't funny in the least.

So what was I going to write about...? Certainly not politics, as the shelves are filled with wonderfully funny works that have successfully covered that subject, by writers from Art Buchwald to P. J. O'Rourke to Michael Moore.

I am no David Sedaris or Dave Barry or Mark Twain. Jesus, Mark Twain -- not only was he funny, but he's dead and he's still funny.

I picked up a cup of coffee and stared off into space. It's not so romantic when you actually have to have thoughts and write them down, especially now that I apparently had a severe case of ADD. My head just couldn't wrap itself around a topic, because I got bored immediately with any topic that came to mind. In my desperation to come up with an appropriate subject, I even considered writing about interior decorating, which I know nothing about.

Then one day, while sitting on a plane, headed to God knows where, I had a revelation. I am constantly in the air sitting next to guys who are about my age, and they talk to me as if I am twenty years younger than they are. And they seem twenty years older than I am. They always seem to have sticks up their asses. Where was my stick, I wondered? Where did the stick come from? Was there something inherent in being an adult that I had missed? Why did so many of my generation seem to have gone on to become joyless and officious snots? How could Dick Cheney and George W. Bush be around my age and yet it was as if we were living in parallel universes? Was there something wrong with me that when I heard the words "get on board" I would rather drown? It's not a question of politics. It's deeper than that. It has to do with our points of view, the way we look at the world. Where did mine come from?

That's what this book is about. Maybe I am emotionally stunted, but by the time I was in my early twenties I had developed the way I look at life, and it hasn't changed much since then.

This is the road I traveled, as I remember it -- which may not always be accurate, since as I have gotten older my memory has become a blender.

And so we begin. 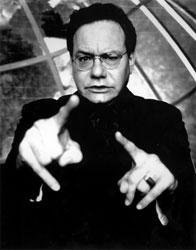 Lewis Black is a playwright, a stand-up comedian, and a correspondent on The Daily Show with Jon Stewart. His characteristic rants on the state of the nation have won him much critical praise including an American Comedy Award, a place on Entertainment Weekly¹s 50 Funniest People list, and an HBO special.