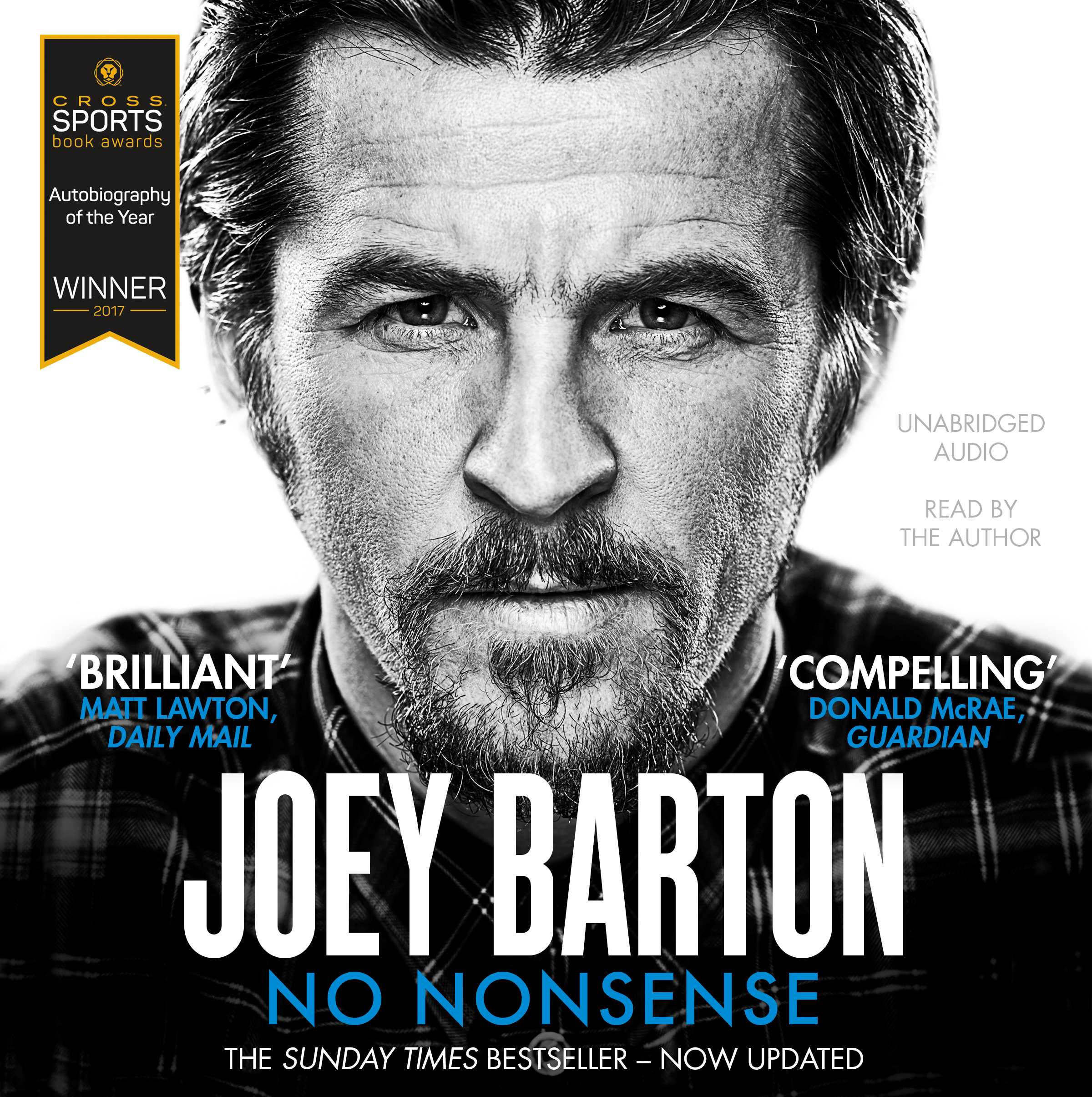 THE CROSS SPORTS BOOK AWARDS AUTOBIOGRAPHY OF THE YEAR - HEAR HIS BRILLIANT STORY, AS READ BY THE AUTHOR HIMSELF.
The Sunday Times bestseller is 'brilliant, gripping, beautifully written, real,' says Jonathan Northcroft.

So, you think you know Joey Barton. Think again. No Nonsense is a game-changing autobiography which will redefine the most fascinating figure in British football. It is the raw yet redemptive story of a man shaped by rejection and the consequences of his mistakes. He has represented England, and been a pivotal player for Manchester City, Newcastle United, Queens Park Rangers, Marseille, Burnley and Glasgow Rangers, but his career has featured recurring controversy. The low point of being sent to prison for assault in 2008 proved to be the catalyst for the re-evaluation of his life.

No Nonsense reflects Barton’s character – it is candid, challenging, entertaining and intelligent. He does not spare himself, in revealing the formative influences of a tough upbringing in Liverpool, and gives a survivor’s insight into a game which, to use his phrase, 'eats people alive'. The book is emotionally driven, and explains how he has redirected his energies since the birth of his children. In addition to dealing with his past, he expands on his plans for the future. In this updated edition he speaks frankly about the gambling addiction that has left him facing a hefty ban. The millions who follow his commentaries on social media, and those who witnessed him on BBC’s Question Time, will be given another reason to pause, and look beyond the caricature.

'Barton's compelling autobiography...probes the dark undertow of his past'

'Powerful story...It is superbly written...What makes Barton's book engaging is the candour with which he describes his personal crusade against the demons of violence in his nature and the revelation of inside track details'