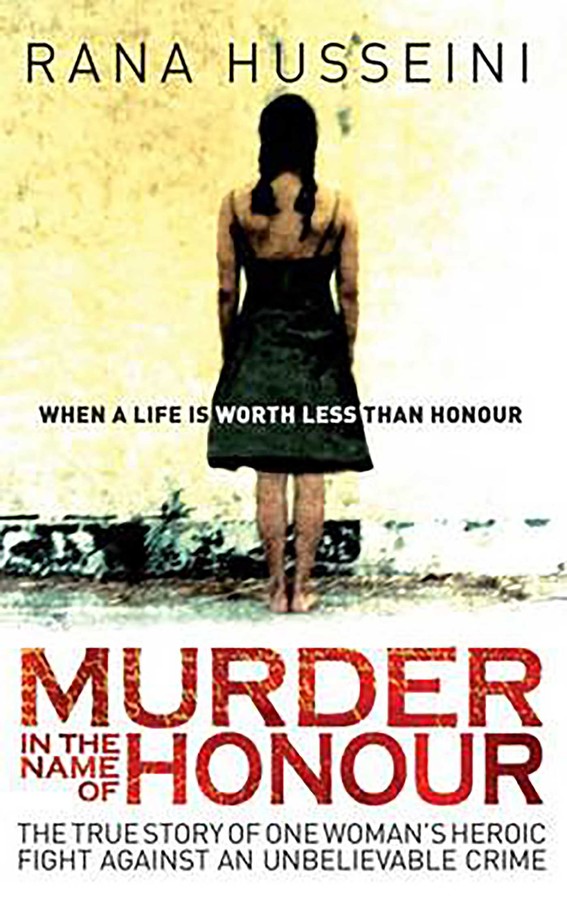 Murder in the Name of Honour

Murder in the Name of Honour is Rana Husseini’s hard-hitting and controversial examination of honour crimes. Common in many traditional societies around the world, as well as in migrant communities in Europe and the USA, they involve a ‘punishment’—often death or disfigurement—carried out by a relative to restore the family’s honour.
Breaking through the conspiracy of silence surrounding this crime, one writer above all others has been instrumental in bringing it to the world’s attention: Rana Husseini.

Journalist, feminist, and human rights defender, Jordanian RANA HUSSEINI is one of the world's most influential investigative journalists, whose reporting has put violence against women on the public agenda around the world. The recipient of numerous awards for bravery in journalism, she is a regular speaker at major international events and has been interviewed on almost every major international broadcaster, from CNN to the BCC.

ed off as a suicide, her elder brother subsequently confessed that she was killed because she was determined to marry a neighbourhood boy despite her family's disapproval. He told the media that he killed her “to safeguard the honour of our family.” These are among the latest in the series of gruesome murders in the name of honour that have been reported from various parts of the country in recent months. Will such so-called “honour killings” stop if the Hindu Marriage Act, 1955 is amended to prohibit marriages within the same gotra? Unlikely. That may be the most publicised of the demands and threats issued by the Khap Mahapanchayat — a congregation of caste Panchayats from Jat strongholds in Haryana, Uttar Pradesh and Rajasthan — in Kurukshetra on April 13, and subsequently elsewhere. But it was not the only one. They have also reportedly called for a ban on marriages within the same village and contiguous villages, as well as de-recognition of temple weddings uniting runaway couples. Landmark judgment The mythical gotra factor may have come to the fore because the Kurukshetra gathering was clearly triggered by the recent landmark judgment delivered by District and Sessions Judge Vani Gopal Sharma in Karnal (Haryana) in the case of Manoj and Babli Banwala, a young couple belonging to the same caste and gotra, who were murdered in 2007 because they dared to marry each other. But, as scholar and activist Jagmati Sangwan has pointed out, not all honour killings even within Haryana involve same- gotra couples. According to her, the majority of the marriages condemned by Khap Panchayats are of couples who do not share a gotra. Besides, even in a small state like Haryana, there are apparently areas and castes that permit intra-village and intra- gotra marriages, and do not have caste or Khap Panchayats. So the self-styled Khap Mahapanchayat cannot legitimately claim to represent all Hindu communities in Haryana, let alone the rest of India. Most victims of “honour killings” reported from various parts of the country are young people who choose to love or marry outside their caste, sub-caste or religion. Not surprisingly, the socially and economically dominant castes are usually responsible for acts of reprisal against inter-caste relationships. The bottom line is that, even today, many young lovers are punished — often with death — for having the temerity to fall in love across boundaries of caste or religion. Many caste groups, communities and families in several parts of the country still seem violently opposed to the right of young adults to choose a life partner (even though courts have upheld citizens' right to select their significant other, including a same-sex partner). In the name of preserving “social order” and saving the “honour” of t

"What Husseini has done and continues to do in order to save the lives of innocent women who may be murdered by their families in so-called honor killings is truly commendable."

"Rana is utterly inspiring. She is a young woman of courage, committed to the principles of truth and justice … If enough people read this book, maybe the next time a young woman is being stoned to death for having fallen in love, someone will intervene to save her life."

"Disturbing, informative and readable, 'Murder in the Name of Honour' tackles one of the most shocking crimes of the 21st Century. A remarkable insight into a horrifying crime and a call to action for everyone who cares agout human rights. A must read."

– Kerry Kennedy - founder of the Robert F. Kennedy Center for Human Rights, and chair of the Amnesty I

Murder in the Name of Honour