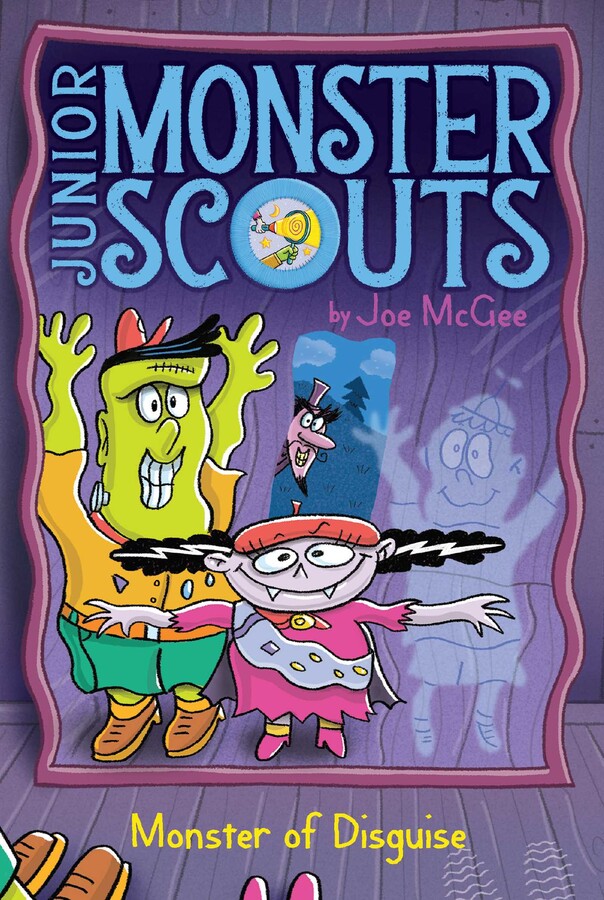 A carnival has come to The Village, complete with a fun house! But what the villagers don’t know is that Baron Von Grump is behind it. If the villagers won’t be silent on their own, he’ll hypnotize them and finally get the peace and quiet he needs! When Junior Monster Scouts Vampyra, Wolfy, and Franky go to the carnival with their new friend George, the Invisible Boy, they can tell not everything is fun and games. Everyone is under some kind of spell! Can the little monsters beat Baron Von Grump’s mesmerizing fun house mirrors and free the villagers?

Chapter 1 CHAPTER 1
AH, SUMMER IN THE VILLAGE… You can practically smell the sweet scent of grass and wildflowers. Of horses and hay and freshly baked cookies. The sun is shining. The birds are singing. Boys and girls, young and old, are flying kites. All is well in the village. And why shouldn’t it be? So far these villagers have managed to avoid a horde of hungry, cheese-eating rats during their annual cheese festival; celebrate their 150th birthday with only a momentary loss of power; and not get swept away by the flooding river and strong winds during a sudden spring storm.

Let’s take a look, shall we?

Wolfy raced ahead of his cub brothers and sisters. Wolfy’s dad, Wolf Man, hurled a stick over their heads.

Fetch was Wolfy’s favorite game. He loved running as fast as he could, jumping over logs and rocks and fences, and getting that stick. Dad said he was the fastest!

“No fair!” said Wolfy’s little sister Fern. “You always get the stick!”

“One of these days, I’ll bet you catch me!” Wolfy said.

The rest of the cubs tumbled around Wolfy’s feet, howling and barking.

Meanwhile, way up at the top of the castle tower, Vampyra gazed out her bedroom window.

“Vampyra!” Aunt Belladonna called. “Are you brushing your fangs?”

“You have to keep them shiny and pointy!” said Aunt Hemlock.

Vampyra groaned and trudged back to her sink. How many times did she have to brush her fangs?

“Until they’re done right!” Aunt Hemlock called up from the library.

“Reading my mind isn’t fair!” said Vampyra. She stuck her toothbrush in her mouth and scowled.

Franky put the collar on his new puppy, attached her leash, and wound her up.

Sprocket wagged her tail. She was very excited.

Franky patted her on the head and started down the Crooked Trail. He was so excited to have a new puppy. He and his dad had made her all by themselves in Doctor Frankenstein’s laboratory. Even his cousin Igor Junior had helped.

And while Franky and Sprocket walked and whistled down the Crooked Trail, while Wolfy played fetch, while Vampyra brushed her fangs again, and while the villagers flew kites and watched clouds, someone else was up and about. Someone with big, black, bushy eyebrows. Someone with a permanent scowl. Someone with the initials B. V. G.

Do you know who it is?

Of course you do. It was none other than Baron Von Grump.

He paced his little balcony, wringing his hands and watching the winding road that led to his crooked windmill.

“Where is it?” he asked. “It should be here this morning.”

“I’m glad you asked,” said Baron Von Grump. He smiled an oily, sneaky smile. The kind of smile a snake might make before it bit you. The kind of smile that makes you think someone is up to no good. “I’m waiting for a very special delivery. I have a little surprise in store for these kite-flying, cloud-gazing villagers. Every single time I try to get some peace and quiet, they have to ruin it with their noisome fun! But not this time. This time I have just the thing.…”

He peered down the road. An old truck bounced and clattered toward him.

Oh boy, you and I know that whatever is in that truck is not good for the villagers, because nothing involving Baron Von Grump is ever good! I suppose we’ll have to wait and see what it is.

Joe McGee loves to write about monsters and magic and other strange, curious, and quirky things. He grew up with his nose in a book and his imagination exploring other worlds. He knew when he was ten years old that one day he would grow up to be an author! He has an MFA in writing for children and young adults from the Vermont College of Fine Arts and an MFA in writing from Rowan University. Joe teaches at Sierra Nevada University’s low-residency MFA program and English at Eastern West Virginia Community and Technical College. He is a former Army officer and lives in the mountains of West Virginia with his wife (also a children’s author) Jessica Rinker. 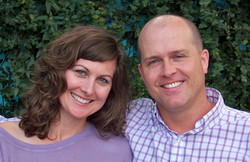 Ethan Long is the acclaimed author and illustrator of many books for children, among them the Theodor Seuss Geisel Award winner Up, Tall, and High. He is also the creator of the animated, Emmy-nominated series Tasty Time with ZeFronk, which aired on Disney Junior.