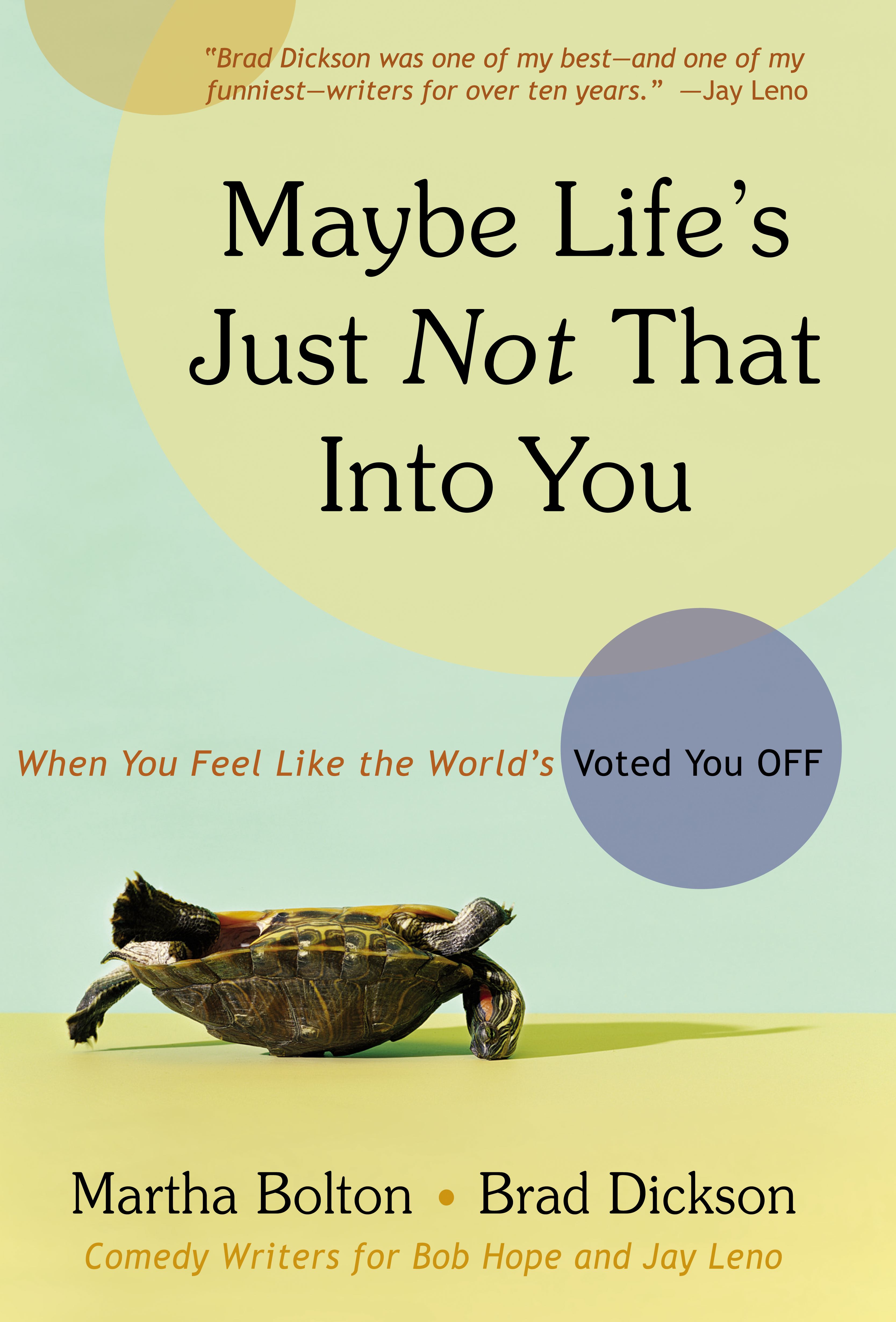 Maybe Life's Just Not That Into You

When You feel Like the World's Voted You Off

A Self-Help Spoof for the Life Impaired

Right here in this book store, you can find hundreds of them -- self-help books. They tell you how to improve your finances, lose weight, age gracefully, and influence people. But even after reading all those books, you're still a mess. It can only mean one thing: maybe life's just not that into you.

Once you open you mind to this possibility, you can quit beating yourself up. It's all about attitude. It's about the find art of whining. It's about losing your shirt, but keeping your dignity. It's about being dull and boring, but making it work for you. It's about losing friends and influencing nobody. It's about just saying no to dieting because, well, let's be honest, carbs just taste good.

A hilarious, good-natured spoof on more that fifty self-help books, this book will leave you feeling better about who you are and laughing your way to becoming the person God created you to be.

Martha Bolton is the author of more than fifty books of humor and inspiration, including The "Official" Hugs Book, The "Official" Grad Book, and The "Official" Friends Book. She was a staff writer for Bob Hope for more than fifteen years and has received both an Emmy nomination (for Outstanding Achievement in Music and Lyrics) and a Dove nomination (for A Lamb's Tale, a children's musical). Martha has written for such entertainers as Phyllis Diller, Wayne Newton, Mark Lowry, and Jeff Allen and is also known as The Cafeteria Lady for Brio Magazine.

"Sharp, funny, satirical, and relevant. If there's such a thing as a winning book for 'losers,' this is it."
-- Doug Gamble, former writer for President Ronald Reagan and George Bush, now writes for various politicians and corporate executives

"These are very funny writers. Martha wrote for Bob Hope; Brad wrote for Jay Leno. No, if we could only get them to write for Carrot Top."
-- Jimmy Brogan, comedian, writer for The Tonight Show with Jay Leno

"Martha and her witty pen amazed me even when we worked side by side those many years turning out wisecracks for Bob Hope."
-- Gene Perret, four-time Emmy award-winning writer for Bob Hope, the Carol Burnett Show, and numerous others

"I have fond memories of working with Martha on the Bob Hope Show specials in the 80s and 90s. she's one of a kind!"
-- Bob Mills, comedy writer, lecturer, radio host (www.hope-wrtier.blogspot.com)

Maybe Life's Just Not That Into You

When You feel Like the World's Voted You Off