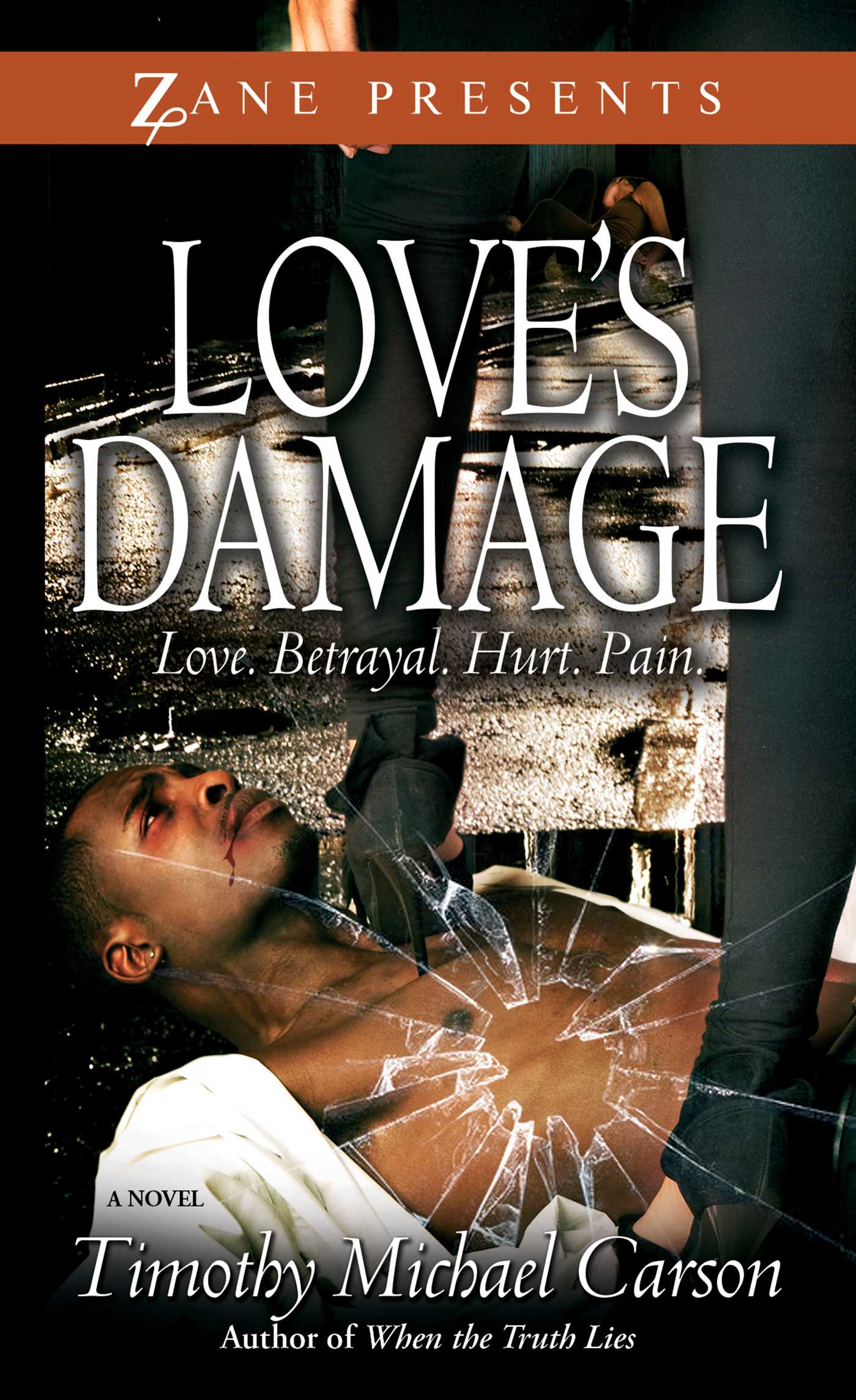 On the quest for perfect love, three individuals attempt anything to ward off any further pain—no matter the consequences.

Negating the laws that govern the heart, three very different people try to love on their own terms. As each character takes a ride on this rollercoaster of love, they endure many highs, lows, and unforeseen twists and turns. Can they ever fully recover from this emotional ride?

Everyone who has had their heart broken can relate as Love’s Damage centers on three people who can’t seem to elude heartache despite attempts to find love on their own terms. On a quest for happiness, encompassed with the bitter and the sweet of falling in love, they let down their guards. Love’s Damage takes drama to another level, piquing readers’ curiosity with the characters’ exploits—everything from Internet dating to attempts of recapturing old flames—all in the name of true love.

Love’s Damage CHAPTER 1
Anjel
“Now I lay me down to sleep, I pray the Lord my soul to keep…fuck that!” I sarcastically muttered to the emptiness of the room. Sprawled across my king-sized poster bed, slightly inebriated from the half-bottle of Rioja wine I had downed earlier when I had arrived home, I was preparing to call it a night.

It was another evening filled with disappointment. After being cajoled by my sorors to begin dating again, I decided to finally get out of the house and hit the social scene. I allowed one of my closest friends, Shawna, to introduce me to an associate of one of her male companions. Needless to say, it had been nothing but a waste of time. Next time, I’d stick to my strict rule of “no blind dates!”

When it came to dating, I was very old school. I still believed in chivalry. Meaning, I wanted a brother to come to my front door to pick me up and open my car door. At the end of the night, he’d walk me to my doorstep and wait for my signal on whether or not I wanted to grant him a goodnight kiss. Well, apparently my evening date, Kelvin, didn’t know the rules of dating. Except for initially coming to my door, he failed to do any of the other chivalrous acts.

Arriving twenty-minutes late without a courtesy call, I should’ve known right off the bat what the evening was going to entail. Instead of ringing my doorbell, he loudly banged on my door like he was the damn police. His only salutation was a weak “w’sup” and “you ready?” Going against my better judgment, I pushed all caution to the side and put forth the energy to see the date through to the end. That was another mistake.

As he drove to the restaurant, I prayed for dear life that we’d make it there safely. It was obvious that he had no knowledge of what a stop sign or a red light meant. It was a struggle hearing myself think; his inconsiderate ass had the audacity to blast his gangsta rap music at full volume. He made no effort of making small talk or building a rapport.

At the restaurant, he ordered an appetizer for himself, along with three drinks and two entrees. I was dumbfounded trying to figure out where he was going to put it all. He must have seen the bewilderment etched across my face; he explained that one of the meals was for later. As we waited for our food, I listened to this thirty-something grown-ass man rattle off his interests. These included playing with his Sony PlayStation, hanging in the streets with his boys, partying, and pursuing his rap career. The only questions he asked about me centered on my current financial status.

Before I realized it, I had rolled my eyes and sucked my teeth when he inquired about my salary. According to him, I had “to be balling to live in such a phat-ass crib.” Of course, I maintained my cool and played it off by jokingly telling him that it was a little too soon to be discussing our finances. Yellow flags were waving left and right, but I chose to ignore them. I was almost certain his next question would be somewhere along the lines of how long I waited before allowing my man to move in. Now, that would’ve sent me over the top; especially since I wouldn’t allow any man to move into my place. To me, the man was the provider; plus, I wasn’t a supporter of a man moving into his woman’s place. There are exceptions to every rule. For instance, my place might happen to be bigger or in a better neighborhood. In my eyes, a man was expected to be standing on his own two feet where cohabitation shouldn’t be a concern.

I’m going to kill Shawna, I vowed to myself. I don’t know why I let her young twenty-three-year-old ass try and set me up on a date. It was obvious that we had different tastes when it came to men.

Forty-five minutes after our plates had been placed on the table, our waitress finally came to see if we wanted dessert, or if we were ready for the check. I quickly declined dessert, but his greedy ass opted for an Apple Pie à la Mode. I was forced to tolerate him for another twenty minutes as he devoured his dessert. Luckily, when the waitress brought it out of the kitchen, she had also placed the check on the table.

When Kelvin finished, he picked up the bill to view the damage. “Whew, this bill is high!” he declared. Closing the bill holder, he pushed it over to me, asking if I had it. He went on to explain that he had to pay rent, his car note, and cell phone bill.

Before I could catch myself, I dropped my guard and lost my cool. “Are you fucking kidding me? I sat here eating a salad and drinking lemonade while you woofed down a damn twenty-ounce steak, a loaded baked potato, a side salad, and an extra serving of broccoli. Let’s not forget the three beers, the extra entrée, and the dessert that you just had to have. Now you’re asking me to foot the bill when I’ve been forced to sit here and watch that tire of a stomach of yours expand throughout the night? It’s a wonder you can see your dick when you look down without having to suck in your stomach,” I angrily ranted.

The waitress tapping me on the shoulder stopped my venting. I didn’t realize that my voice had escalated and the other patrons’ eyes were all on me. It wasn’t my intention to disrupt their evening. Quickly grabbing my purse and opening my wallet, I handed the waitress enough money to cover my meal and a tip. As I stood up, Kelvin had the nerve to make a tired comment about wanting an “independent bitch.”

I didn’t even take the time out to address his statement. I was elated that the evening was over. Exiting the restaurant, I breathed a sigh of relief as I trekked down the sidewalk away from Ruby Tuesday and headed toward the nearest hotel to get a taxi.

Now as I lie in bed, I started to review the night’s events, causing my blood to boil all over again. Trying to close my eyes, I couldn’t fall asleep. I was deeply disturbed about how tonight had gone down. During the day, whenever I was bored, I’d venture online to visit Bossip.com, one of my favorite weblogs. As entertaining as the stories were, the stories in their “Sex & Relationships” topics would have me shaking my head at some of the foolishness that people would write in about.

Entertainment aside, it was very disheartening when men were running around singing, rapping, and claiming to want an independent woman having her own. True, I was in fact one of these “independent” women, but me having my own didn’t eradicate the responsibilities of a man. I wasn’t selfish like some women who ran around screaming, “Why spend mines, when I can spend yours?” But I did expect for a man to take the time out to court me. Treat me to a nice dinner. Ask if I’m doing okay financially. Inquire about the last time I got an oil change, had the pressure in my tires checked, or had a car tune-up.

I remember back in 1999 when so many men were upset when R&B girl group TLC came out with their song “No Scrubs,” and in the same year Destiny’s Child came out with “Bills, Bills, Bills.” Men didn’t understand where these ladies were coming from. TLC wasn’t male-bashing. They were simply saying that they wanted a man who wasn’t living off of what someone else had. In short, they didn’t want a man who rode on the coattails of others. And Destiny’s Child wasn’t asking for their men to pay their bills; they were asking for them to pay the bills that they accumulated and contributed to.

I don’t know what happened to today’s men, but somewhere down the line, some of them had obviously lost touch with what being a man was about. Being a man was deeper than having the physical anatomy between your legs. In conjunction with the dick, being a man came with certain responsibilities and a state of mind. This is what separated the boys from the men.

The liquor had begun to take effect on my body. Closing my eyes, a pillow in my arms, I finally fell into an alcohol-induced slumber. Tomorrow would be a different day, but with the same ol’ shit. 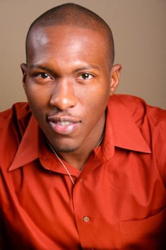 Timothy M. Carson is a native of Orlando, Florida, but currently resides in Newark, New Jersey. When the Truth Lies is his first book. He is the author of Love’s Damage (2011). Please connect with Timothy on Facebook and Twitter.