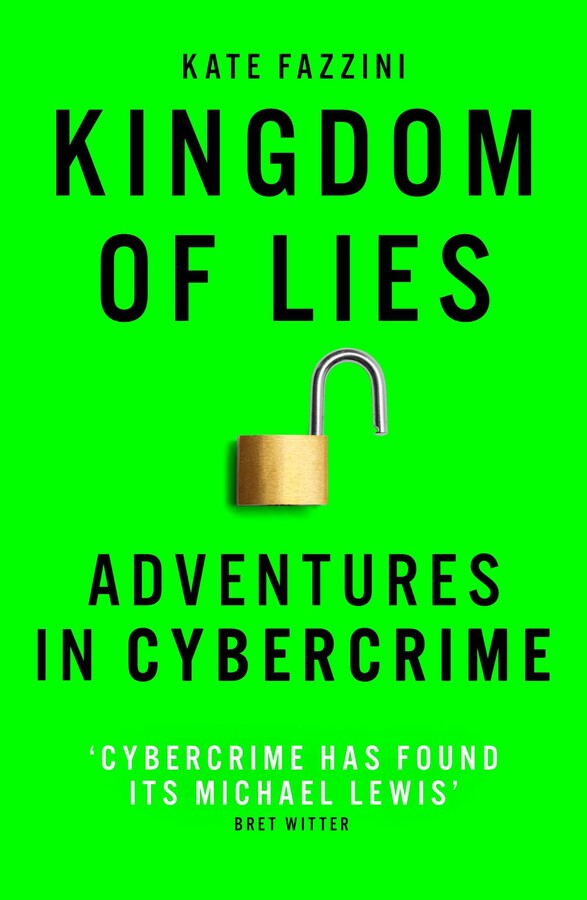 Unnerving adventures in the world of cybercrime

Would you say your phone is safe, or your computer? What about your car? Or your bank?

There is a global war going on and the next target could be anyone – an international corporation or a randomly selected individual. From cybercrime villages in Romania to intellectual property theft campaigns in China, these are the true stories of the hackers behind some of the largest cyberattacks in history and those committed to stopping them. You’ve never heard of them and you’re not getting their real names.

Kate Fazzini has met the hackers who create new cyberweapons, hack sports cars and develop ransomware capable of stopping international banks in their tracks. Kingdom of Lies is a fast-paced look at technological innovations that were mere fantasy only a few years ago, but now make up an integral part of all our lives.

"Written almost like a novel, Kingdom of Lies, offers a vivid account of how these gangs of black hat hackers spreading from Romania to China extort money from individuals like me and the most powerful Wall Street banks, and how the white hats are trying to stop these people who can halt global companies in their tracks and produce digital campaigns to sway popular opinion."

'Reads like a thriller... You probably couldn't tell a lot of the stories she tells as straightforward pieces of journalism... And, arguably, you learn far more about this world the way Fazzini tells it than you would in a sober news story.'

‘Kate Fazzini is the rare top-level reporter who can make you see, smell and feel a hidden world, not just understand it. Cybercrime (and security) has found its Michael Lewis.’

‘Kate Fazzini has crafted a gripping page-turner that is all too timely and real. Good luck putting it down – or going to sleep once you do.’

‘Kate Fazzini’s work breaking complex cybersecurity news down for a consumer audience is critical. She is tackling this unconventional topic by providing an alternative perspective on the threat, actors and convoluted dynamics.’

‘Cybersecurity isn’t just ones and zeros, it’s also about the people who sit behind the keyboards – something Fazzini describes in vivid detail.’

– Naveed Jamali, former US Naval Reserve intelligence officer and author of How to Catch a Russian Spy

Unnerving adventures in the world of cybercrime