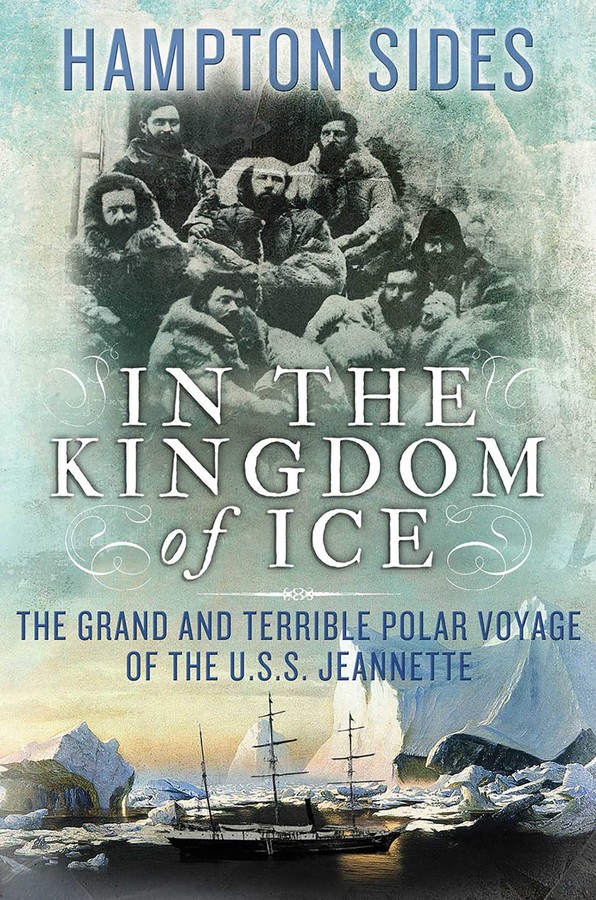 In the Kingdom of Ice

The Grand and Terrible Polar Voyage of the USS Jeannette

The age of exploration was drawing to a close, yet the mystery of the North Pole remained. Contemporaries described the pole as the ‘unattainable object of our dreams’, and the urge to fill in this last great blank space on the map grew irresistible.In 1879 the USS Jeannette set sail from San Francisco to cheering crowds and amid a frenzy of publicity. The ship and its crew, captained by the heroic George De Long, were destined for the uncharted waters of the Arctic.

But it wasn’t long before the Jeannette was trapped in crushing pack ice. Amid the rush of water and the shrieks of breaking wooden boards, the crew found themselves marooned a thousand miles north of Siberia with only the barest supplies, facing a seemingly impossible trek across endless ice. Battling everything from snow blindness and polar bears to ferocious storms and frosty labyrinths, the expedition fought madness and starvation as they desperately strove for survival.

‘A stirring story… a brilliant exposition of narrative non-fiction: moving, harrowing, as gripping as any well-paced thriller but a lore more interesting because it is also true’

'A splendid book in every way... a marvelous nonfiction thriller.'

‘[Sides] is a scrupulous researcher who has mined all the primary material, including extensive journals and medical logs carried home by survivors, and he quotes judiously, interleaving the narrative with heartbreaking extracts from letters written by De Long’s young wife’

'A vivid tale of exploration set in a howling, deadly wilderness.'

– Candice Millard, New York Times bestselling author of The Destiny of the Republic and The River of Doubt

‘Hampton Sides is a master storyteller, and here he has delivered a stunningly vivid account of perhaps the most dramatic polar mission you never heard of. Once you start, you won't stop.’

‘Unforgettable…a pulse-racing epic of endurance set against an exceedingly bizarre Arctic backdrop… a masterful work of history and storytelling.’

'Sides spins a propulsive narrative from obscure documents, journals and his own firsthand visits to the Arctic regions visited by the Jeannette and its crew.'

'The history of polar exploration sets a high bar for extreme physical ordeal — think John Franklin, Ernest Shackleton, Robert Falcon Scott — and the tribulations of De Long and his crew stack up with the worst of them.'

– Nathaniel Philbrick, author of In the Heart of the Sea

'Masterful storytelling... The reader is drawn into the ice from the first page and will not want to leave until the fate of every man is known.'

– Caroline Alexander, author of The Endurance and The Bounty

– S.C. Gwynne, author of Empire of the Summer Moon

'One of the greatest and most harrowing adventures of all time. Spellbinding.'

– David Grann, author of The Lost City of Z

'Sides has brought together an absolutely marvelous cast of characters… All works of history should be half this much fun.'

In the Kingdom of Ice

The Grand and Terrible Polar Voyage of the USS Jeannette