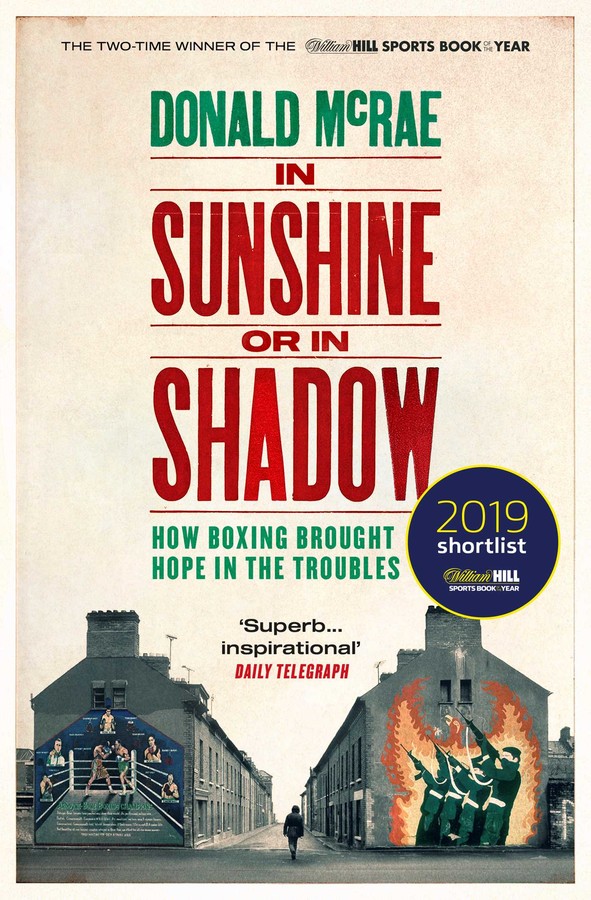 SHORTLISTED FOR THE WILLIAM HILL SPORTS BOOK OF THE YEAR PRIZE
'One of the most captivating boxing writers on the planet' Barry McGuigan
'A superb tale...His inspirational story celebrates peace and reconciliation' Daily Telegraph
Multi-award-winning author Donald McRae's stunning new book is a powerful tale of hope and redemption across the sectarian divide in Northern Ireland - thanks to boxing.

At the height of the Troubles, Gerry Storey ran the Holy Family gym from the IRA's heartland territory of New Lodge in Belfast. Despite coming from a family steeped in the Republican movement, he insisted that it would be open to all. He ensured that his boxers were given a free pass by paramilitary forces on both Republican and Loyalist sides, so they could find a way out of the province's desperate situation. In the immediate aftermath of the 1981 Hunger Strikes, Storey would also visit the Maze prison twice a week to train the inmates from each community, separately.

In itself, this would be a heroic story, but Storey went further than that: he became the trainer for world champion Barry McGuigan and Olympian Hugh Russell, who became one of the most famous photographers to document the Troubles. Even with all his success and the support of both sides, Storey still found himself subjected to three bomb attacks from those who were implacably hostile to any form of reconciliation. He also worked with the Protestant boxer Davy Larmour, who fought two bloody battles in the ring against Russell, his Catholic friend. At the same time, in Derry, the British and European lightweight champion Charlie Nash fought without bitterness after his brother was killed and his father was shot on Bloody Sunday – the most infamous day of the conflict.

Now, Donald McRae reveals the extraordinary tale of those troubled times. After years of research and intimate interviews with the key characters in this story, he shows us how the violent business of boxing became a haven of peace and hope for these remarkable and compassionate men.  In Sunshine or in Shadow is an inspirational story of triumph over adversity and celebrates the reconciliation that can take place when two fighters meet each other in the ring, rather than outside it.
'[An] outstanding and important book, Don McRae's powerful storytelling shows the courage of the people of the North' Andy Lee 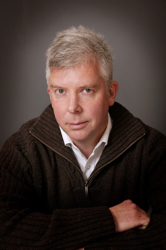 Donald McRae
Donald McRae is the award-winning author of eleven non-fiction books, which have featured sporting icons, legendary trial lawyers and heart surgeons. He has twice won the prestigious William Hill Sports Book of the Year, for Dark Trade and In Black & White. He is a three-time Interviewer of the Year winner and has also won Sports Feature Writer of the Year on three separate occasions for his work in the Guardian. He lives in Hertfordshire.

'In this outstanding and important book, Don McRae's powerful storytelling shows the courage of Gerry Storey and the people of the North as they withstand everyday horror. These stories of bravery through boxing stay with you, and their passion comes out in every word; their strength in every unassuming anecdote.'

'Don McRae is one of the most captivating boxing writers on the planet. His ability to understand and illuminate his subjects is extraordinary. He uses the personal stories of four boxers and one remarkable trainer to articulate how boxing became a unifying force during those desolate days.'

– Daily Telegraph Books of the Year

'Years of interviews and research have informed McRae’s account of Storey’s extraordinary courage, and those of the fighters he reared...The result is as uplifting as it is heartbreaking.'

'Kaleidoscopic deep-dive into the soul of Ulster boxing from 1969-1985... McRae translates assiduous research and deep, repeated interviews into effortless storytelling. He just tells the stories he hears – and fight people tell their stories with unvarnished authenticity... The stories left him emotionally drained, and it’s no surprise, because he clearly poured everything into this exceptional book. Donald McRae revitalises and records the valour and hope in this moving, definitive salute to a cause worth fighting for.'

‘Donald McRae is a magnificent sportswriter, and covering boxing his speciality. By any measure, Storey’s tale is an extraordinary one, which McRae recounts with a novelist’s flair….remarkable’

‘In Sunshine or in Shadow is simply brilliant. You feel touched by every page as you are taken on a crash course of modern Irish history – boxing and political – and the emotion of it all is shockingly magnetic.’

‘McRae is a fine writer and a brilliant interviewer. These two talents coalesce to help him highlight the courage and honour of the boxers and their coach.’

‘In Sunshine or in Shadow is jaw-dropping at times, brutally sad at others, an essentially typical Don McRae sports book throughout. It’s an astonishing life, an often miraculous story. Exactly the sort of tale that has driven Donald McRae’s career for the past three and a half decades.'

‘A golden era of boxing in Ulster – one punctuated with names such as Barry McGuigan, Davy Larmour, Charlie Nash and Hugh Russell – is deftly captured by Donald McRae in a remarkable tale of hope and redemption'

‘It’s so vast and so much work went into it….it contains hundreds of hours of interviews that Don McRae did in Belfast, across years and years, with some of the most notoriously private people in the world. It is really only a book that Donald McRae could have written. I think it’s a book that everyone should have on their shelf….an incredible collection of tales.'

'A new book from Donald McRae is always something to celebrate. If that new book is about boxing, then all the better. Locate that book in Ireland and it jumps straight to the top of my want-to-read list….As Brexit rushes closer and the possibility of a hard border on the island of Ireland looms large, the story feels even more poignant. I simply cannot recommend this book highly enough.'

'McRae has applied his effective, but nonetheless magical approach to tell us how, against a backdrop of extreme violence and murder, Gerry Storey created an oasis of peace and calm where young men could learn the noble art and arm themselves with a skill capable of guiding them out of Northern Ireland’s extended nightmare'

– Sports Book of the Month

‘The author of eleven books, the latest, In Sunshine Or In Shadow, McRae masterfully lifts the veil on the glitzy world of sport and shines a light on the real-life humans who populate its bright stages’

‘Ironically, at a time of violence, this uniquely violent sport provided a blueprint for peace’

– The Times Sports Books of the Year