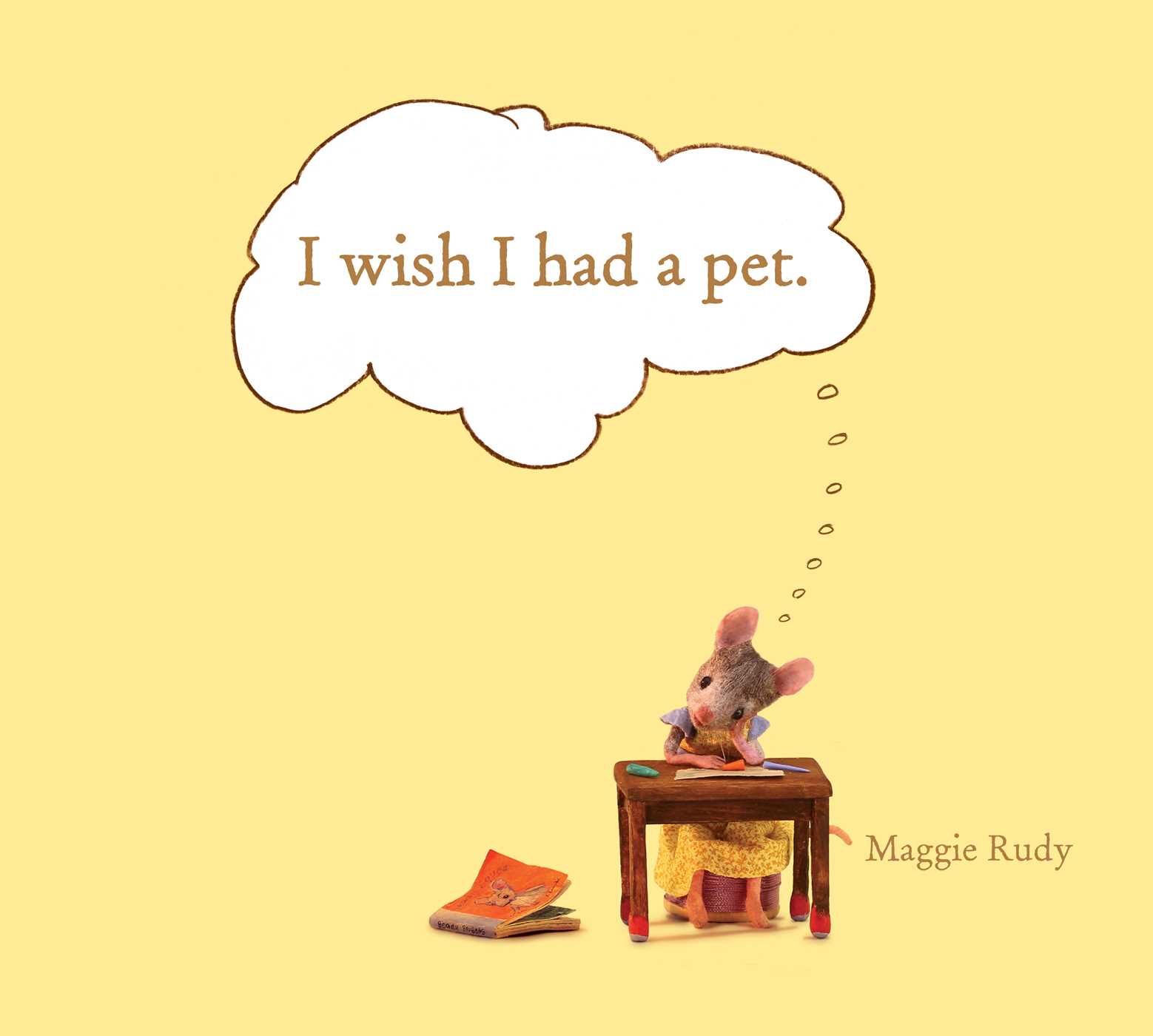 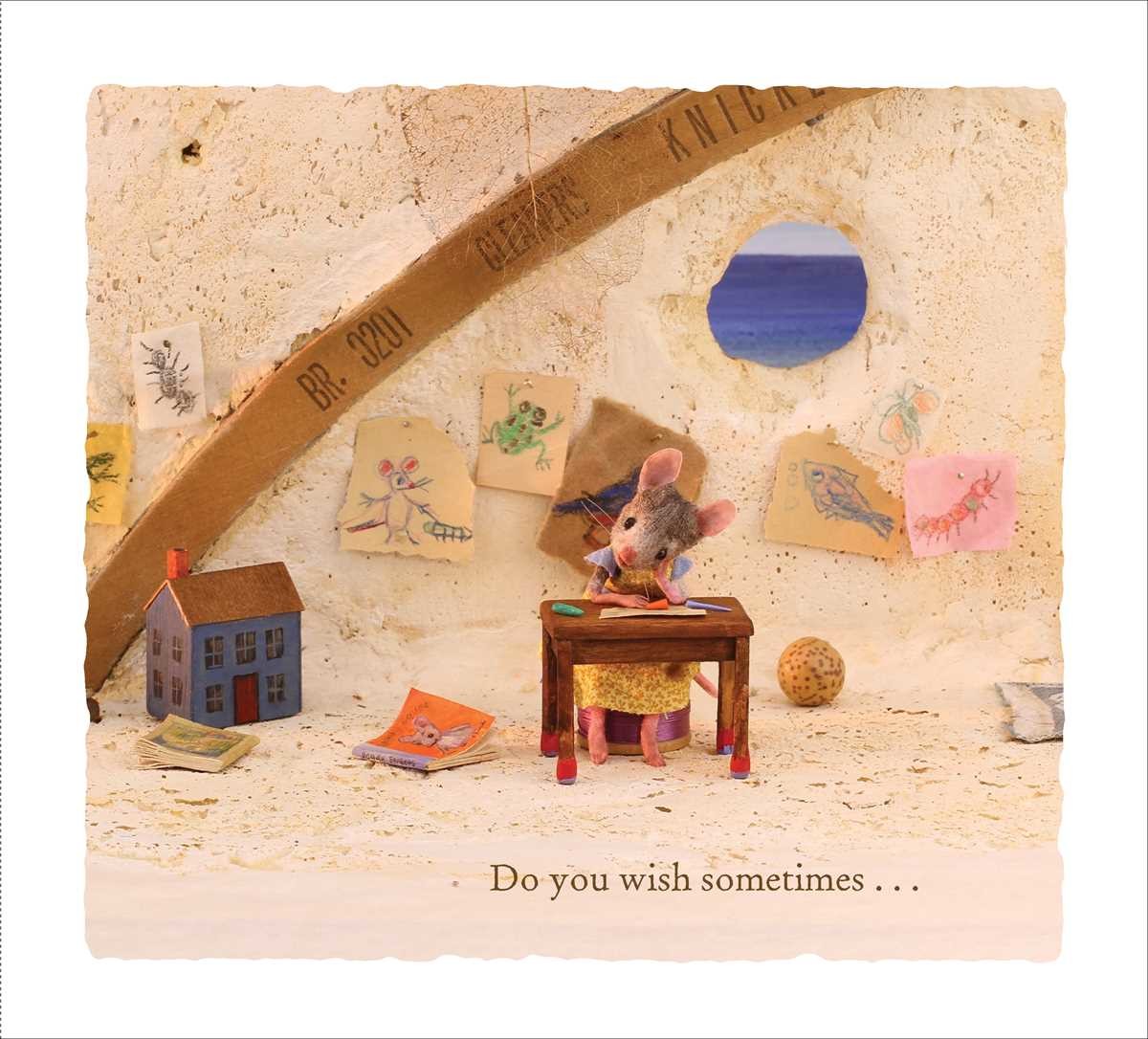 I Wish I Had a Pet

Smartly dressed mice give sage advice on all elements of proper pet care in this photographic picture book.

Who hasn’t yearned for the perfect pet? The mice in this book—hand-sewn and inhabiting enchanting, diorama-style scenes—know all about critter care, and they’re here to share wise words about choosing and keeping animal companions.

Whimsical images of the mice with their own petite pets, including bumblebees, ladybugs, and butterflies, complement the warm humor of this extraordinary picture book that’s truly like no other! 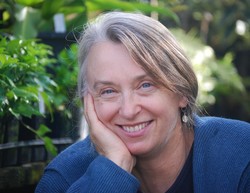 Maggie Rudy spent part of her childhood living in England, where she visited Beatrix Potter’s farm on a formative third-grade field trip. She has since been making mice and their worlds out of felt and scavenged materials for more than twenty years. Maggie lives in Portland, Oregon, and you can see more of her work at MousesHouses.blogspot.com.

Maggie Rudy spent part of her childhood living in England, where she visited Beatrix Potter’s farm on a formative third-grade field trip. She has since been making mice and their worlds out of felt and scavenged materials for more than twenty years. Maggie lives in Portland, Oregon, and you can see more of her work at MousesHouses.blogspot.com.

"What makes this book stand apart from the pack are Rudy’s squeal-inducing photographs of the quirky dioramas she has created with mouse figurines, miniature props, and backdrops in the form of evocative collages of textbook pages, leaves, stamps, acorns, and more...readers will practically die that these play sets aren’t for sale.... It’s whole gobs of fun watching the mice react with shocked, studious, or satisfied expressions, which will likely be mirrored by readers."

* "This ordinary pet book is transformed by Rudy's (The House That Mouse Built) beguiling handmade mice, which she poses and photographs in scenes made even more fetching with dozens of small props. That the pet-owners are small, pet-worthy mice is the source of many smiles. . . . The layout is spare and elegant, and the typography clear and understated. With lots to look at on each page, readers have the chance to imagine what life would be like on an entirely different scale."

"[S]nuggle up to I Wish I Had a Pet and revel in the world that Rudy has created. . . . Each spread is a marvel of a little mouse world where young children will want to explore all the details. Through these amazing scenes, Rudy offers wise advice about pet ownership. . . . It will be hard to resist the call for a pet after reading this treasure to your pet-starved youngster."

"Using found art and some handmade items, Rudy has created an imaginative world filled with mice and the pets they might make their own—or not. . . . This tale would be useful as a model for writing about the pets children want, and art teachers could make a lesson exposing children to using found objects in their work."

"Where you find children, there you will find pet owners—or at least children who aspire to have creatures all their own, which they double-triple swear they will take care of, promise! In "I Wish I Had a Pet". . . Maggie Rudy moves this familiar yearning from the human world to a hilarious series of photographed tableaux featuring felt-and-fabric mice so cunningly devised that they almost look real. . . . Ms. Rudy's narration emphasizes that pets require conscientious care and a certain amount of respect. . . . This sweet, visually detailed picture book would be ideal for a 3- to-7-year-old whose parents show signs of succumbing to a please-may-I-have-a-pet campaign."

"Fashionably dressed mice give advice about owning a pet. . . . The book features adorable photographic images of the mice with their own pets such as bumblebees, ladybugs, and butterflies."

I Wish I Had a Pet