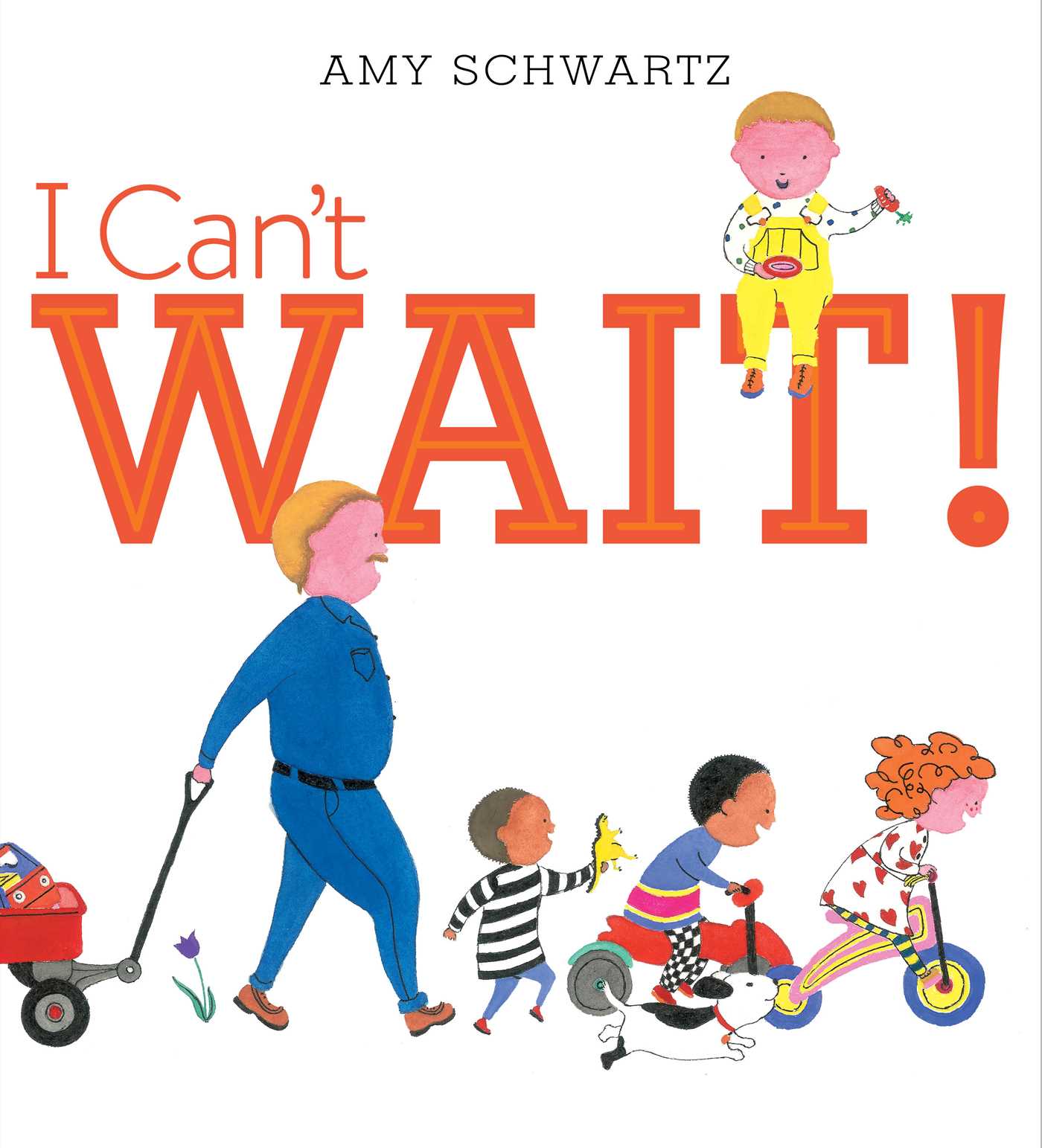 Don’t wait to read this picture book about three friends who are each waiting for something worthwhile—and practicing patience while they’re at it!

William was waiting on his front porch.
Annie was waiting in her backyard.
And, in his house on the corner, Thomas was waiting, too.

But what are they each waiting for? When will it arrive? These three stories of three eagerly waiting friends come together in the end, where everything—especially friends and family—is worth the wait. 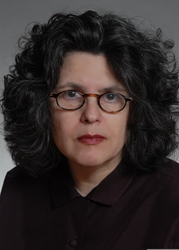 Amy Schwartz has written and illustrated many classic books for children, including Bea and Mr. Jones, a Reading Rainbow featured title; What James Likes Best, winner of the Charlotte Zolotow Award; A Teeny Tiny Baby; Tiny & Hercules; Starring Miss Darlene; A Beautiful Girl; and I Can’t Wait. She lives in Brooklyn, New York, with her husband, children’s book historian Leonard S. Marcus, and their son, Jacob.

Amy Schwartz has written and illustrated many classic books for children, including Bea and Mr. Jones, a Reading Rainbow featured title; What James Likes Best, winner of the Charlotte Zolotow Award; A Teeny Tiny Baby; Tiny & Hercules; Starring Miss Darlene; A Beautiful Girl; and I Can’t Wait. She lives in Brooklyn, New York, with her husband, children’s book historian Leonard S. Marcus, and their son, Jacob.

....Schwartz depicts three impatient preschoolers who are helpfully distracted by other characters. Headings create five segments within the longish text. William enjoys riddles; he drops clues to neighbors, whose silly guesses pass the time until Papa arrives. Anxious Annie rattles off reasons (to Puppy) why Eddie probably doesn't like her anymore. Then he appears, wondering where she'd been. Thomas helps Grandma choose names for a new sister—until a brother is presented. Cheerful gouache and ink vignettes in a plethora of colorful patterns against a white background carry the flavor of a bygone era: wash hangs outside, batter is licked whilebaking, a child waits on a porch stoop. After group play, William "can't wait" until tomorrow....

William is patiently waiting for his father to come home from work. Annie is anxiously waiting to see if there’s irreparable rift in her friendship with Eddie. And Thomas is excitedly waiting for his parents to return from the hospital with a new sibling. Schwartz (100 Things That Make Me Happy) breaks her story down into three mini-chapters, each with short, varied, and well-observed narrative arcs; readers know right away who Thomas is waiting for (he spends his chapter coming up with potential names for his presumed new sister), while the reason behind Annie’s psychological state is revealed gradually, and William’s waiting is treated as a surprise ending (although readers will probably guess who he’s waiting for). Everyone gets a happy ending, and all of the children gather for a meet-up in the park, where they “played together until it was time to go home.” With her simple, direct text and doll-like illustrations, Schwartz is so effective at mirroring the children’s feelings of anticipation, expectation,and dread that the familiar lesson of “waiting has its rewards” feels fresh and reassuring.

Three sweet-faced children wait. William sits on his front step, giving pause to his passing neighbors. With each conversation, he reveals another clue as to what he’s waiting for. Annie plays in her backyard with her dog wondering why Eddie hasn’t come. Could it be she did something wrong? Thomas passes his time by thinking of names for the new baby; he doesn’t even consider that it might be a boy. I Can’t Wait issplit into chapters: the introduction on the first page, the individual stories of the children, and their final reunion to share their expected things. As it turns out, each of them was awaiting a special person—a father, a friend, a baby. Images include spot art and spreads. The simple dialogue and the gouache and ink illustrations have a childlike appeal. Schwartz does a service by acknowledging the complexity of emotions. No matter what, waiting is hard, yet different circumstances can produce different flavors of the same emotion;eager anticipation, fretting impatience, and happy contemplation are the three portrayed here. VERDICT A simple and lovely book that addresses a topic relevant to many children.

Relationships define this slice-of-life picture book about four young children and their diverse families. Schwartz’s gouache and pen-and-ink illustrations revel in capturing homey, domestic details and characters’ gestures and movements. The three-part structure opens with a page of vignettes introducing the waiting children—William on his front stoop, Annie in her backyard, and Thomas in

his house. William gives passersby clues about the “special,” “warm,” “amazing” thing he’s waiting for. Guesses in response provide humor, and Papa’s arrival as the awaited “something” comes as a sweet surprise. Next, Annie’s anticipation of her friend Eddie’s visit is fraught with anxiety over why he’s late; when Eddie finally arrives, he reveals that he’s been equally worried while waiting for her. (Endpapers depict their houses practically on top of each other, so all that worry was for naught.) Finally, Thomas and his grandma await the return of his parents with a new baby sibling, and he spends the time thinking up creative, flowery names for a little sister. This makes the homecoming of baby boy John another surprise in this set of stories with little twists. The book closes with a neighborhood play date in the park that ends with anticipation of more good times together

The difficulties, and the deliciousness, of waiting are explored in this story about three children in the same neighborhood, with each child getting her or his own minichapter. William is waiting on his front stoop, handing out clues. For each person who asks him what he is doing, he says he is waiting for something special, something that is huggable, warm, and amazing. Finally, we learn William is waiting for his dad. Annie is waiting in her backyard, and she fires off a series of worried questions to her puppy about where her best friend, Eddie, could be. Thomas is inside his house with his grandmother, waiting for his parents to bring a new baby home. Schwartz’s (Dee Dee and Me, 2013) gouache, pen, and ink illustrations are charming, and the inside cover pages give readers a bird’s-eye view of the neighborhood. This book has an old-fashioned, comforting feel (Grandmother has Thomas lick a spoon while baking; laundry hangs on a line outside), and its message about waiting rings true.