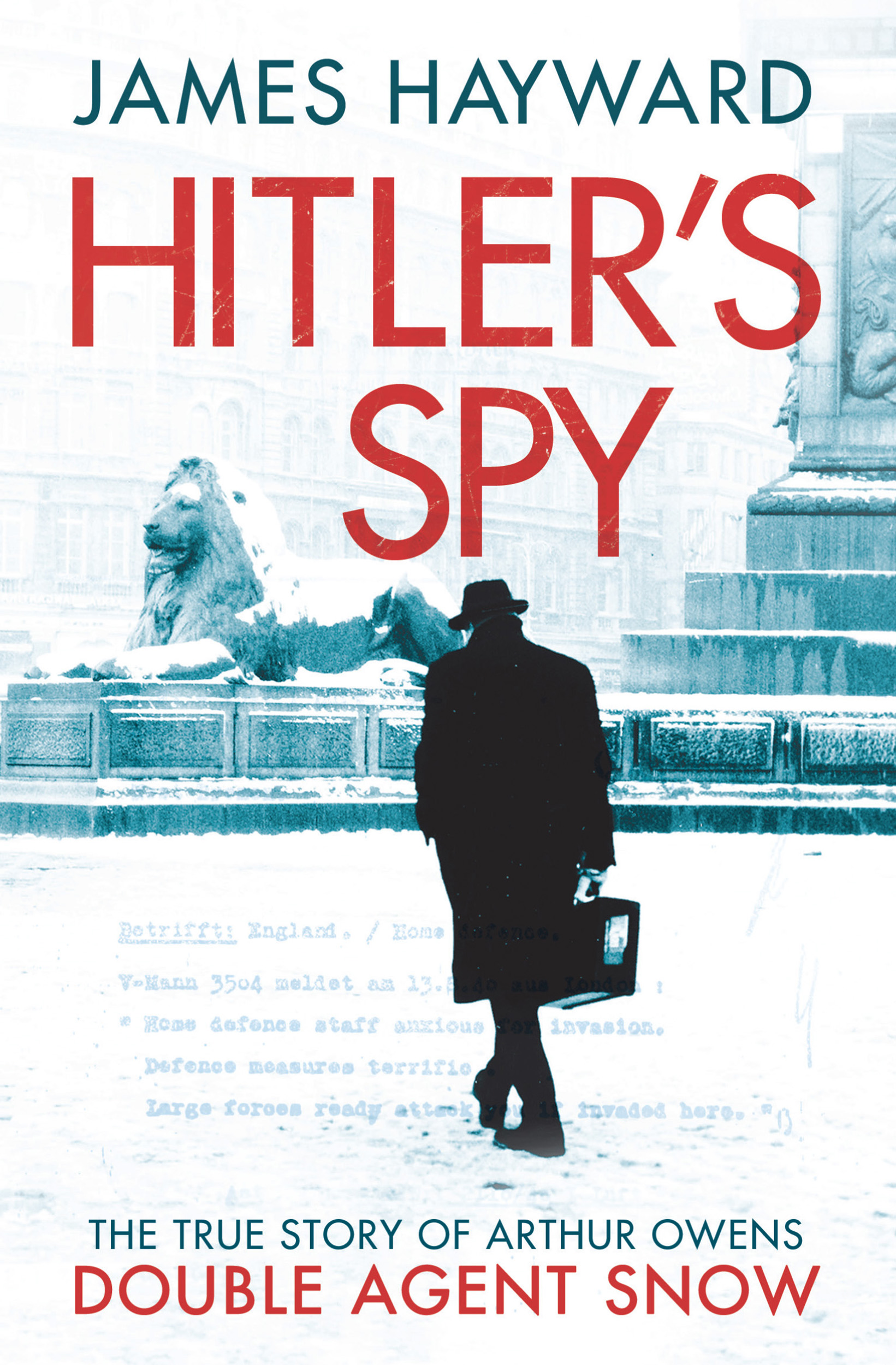 Originally published as Double Agent Snow, Hitler's Spyis the paperback edition, which tells of how on the eve of the outbreak of the Second World War the double-agent Arthur Owens, codenamed SNOW, is summoned to Berlin and appointed Hitler's chief spy in Britain. Days later he finds himself in Wandsworth prison, betrayed by the wife he traded for a younger model, and forced to transmit false wireless messages for MI5 to earn his freedom - and avoid the hangman's noose. A vain and devious anti-hero with no moral compass, Owen's motives were status, money and women.He mixed fact with fiction constantly, and at times insisted that he was a true patriot, undertaking hazardous secret missions for his mother country; at other times, Owens saw himself as a daring rogue agent, outwitting British Intelligence and loyal only to the Fatherland.

Yet in 1944, as Allied troops stormed the beaches of Normandy on D-Day, Hitler was caught unawares, tricked into expecting the invasion across the Pas de Calais in a strategic deception played out by Owens and the double-cross agents of MI5. For all his flaws, Agent Snow became the traitor who saved his country.Based on recently de-classified MI5 files and previously unpublished sources, Hitler's Spyis the story of a secret Battle of Britain, fought by Snow and his opposing spymasters, Thomas 'Tar' Robertson of MI5 and Nikolaus Ritter of the Abwehr, as well as the tragic love triangle between Owens, his wife Irene, and his mistress Lily Funnell. The evocative, fast-paced narrative moves from seedy south London pubs to North Sea trawlers, from chic Baltic spa resorts to Dartmoor gaol, populated by a colourful rogue's gallery of double-cross agents.

James Hayward's previous books include The Bodies on the Beach, Shadowplayers and Myths and Legends of the Second World War. As a solicitor he worked on the Bloody Sunday Inquiry, and as a historian has collaborated with organisations including the BBC, ITV, Channel 4, Imperial War Museum and National Army Museum. He lives in Norfolk and is the proud owner (and very occasional rider) of a vintage 1938 autocycle.