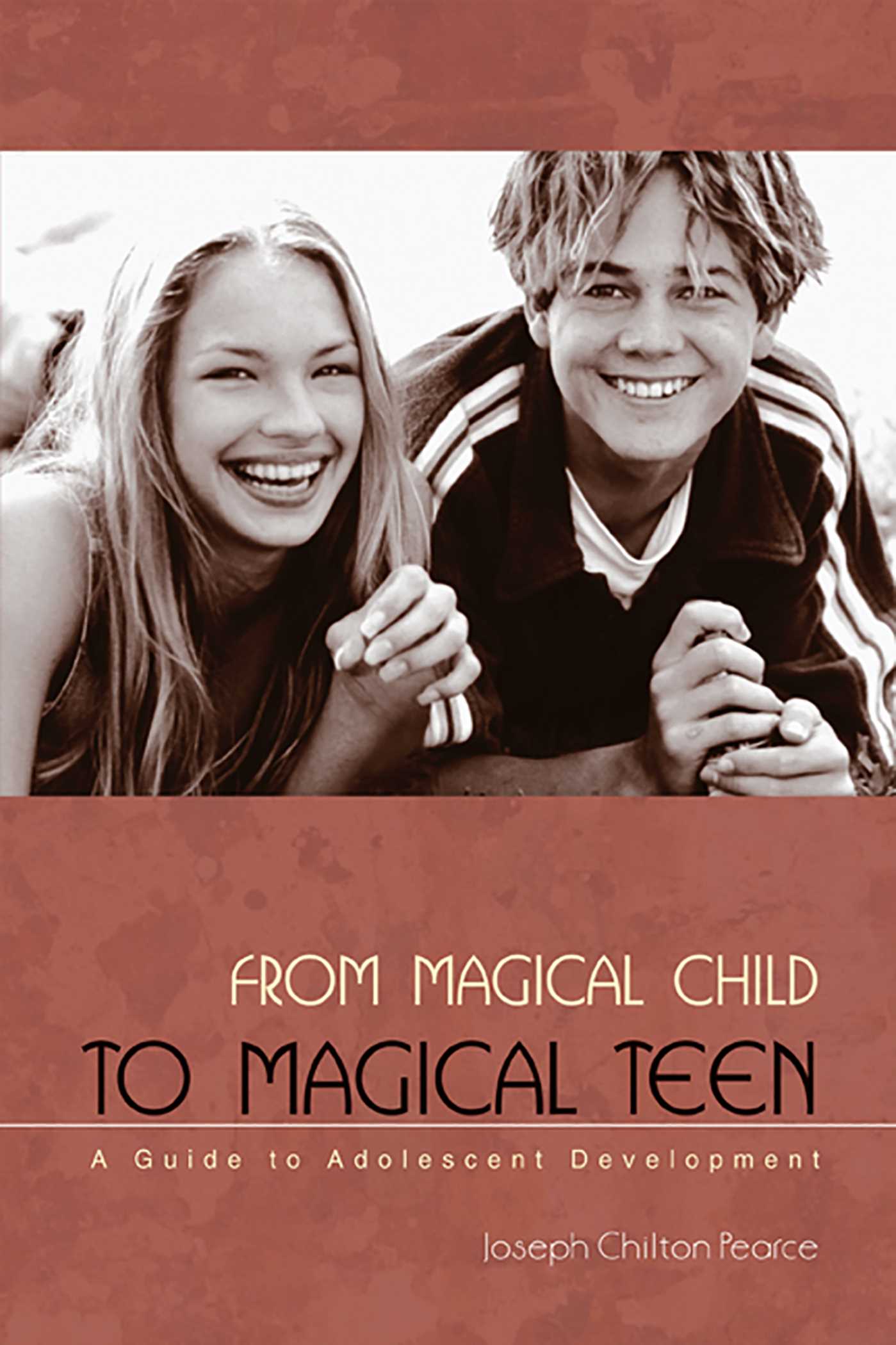 • Explores the sexual and spiritual stage of adolescent development

• Details the connection between adolescent brain and heart development and the issue of nature vs. nurture

Something is supposed to happen during the adolescent years--something greater than MTV, video games, and the Internet. Joseph Chilton Pearce describes this something as the natural mandate for post-biological development--the development of the sexual and spiritual senses and expansion of our growth process outside of our bodies and into the physical world that surrounds us.

Though first written in the mid 1980s, the message of From Magical Child to Magical Teen is even more compelling and helpful today--especially for those who live with and work with adolescents. Drawing on the stages of development outlined by Swiss biologist Jean Piaget and the brain research of neuroscientist Paul MacLean, Pearce demonstrates how nature has built into us an agenda for the intelligent unfolding of our lives. He offers a powerful critique of contemporary child-rearing practices and a groundbreaking alternative to existing perspectives on adolescence so we can unleash our greatest potential, as well as that of our children, in order to experience our fullness in the manner nature intended all along.

There is no way to account for the power, exuberance, ecstasy, and longing of our middle and late adolescent period except through Kundalini. (Recall Thomas Wolfe's writing of the "grape bursting in the throat" of the adolescent.) This is the power of God trying to awaken within us to be expressed as our own Self. This is the fourth chakra, the center of creation, which awakens, activates all the lower chakras and draws them upward, preparatory to moving ego on beyond all biological life.

The model that can establish the needed bond in our pre-puberty stage and confirm it at puberty has its closest equivalent in mother-infant bonding. For if we are not given this model, and thus miss the bonding involved in puberty, the result is the same as at birth: Instead of the balance of the bond from the fourth chakra, we will get attachment behavior. This will mean reversion, a turning back into the lowest chakra, of the new energies then opening, including Kundalini, as found in all attachment behavior. The phenomenon of Kundalini in attachment behavior results in a mounting, pyramidal, and escalating series of disasters.

Our era has dismissed the great longing, energy, and emotion of the early pair bond in the same way that we dismiss the "grape bursting in the throat" of the adolescent, as "misplaced sexual energy" or "sexual repression." This is contemptible nonsense. The exact opposite is the case. Our imbalanced, morbid, and unsatisfactory preoccupation with sex is a sign of a misplaced, dysfunctional, and misguided Kundalini. What has happened to us, in our unbonded and attached culture, is the unleashing of an unbonded Kundalini which must, of sheer logical necessity, revert to attachment behavior. Kundalini is expressed in early sexual activity even when sexuality is repressed and not allowed overt expression. But since Kundalini is activated with no understanding of what is taking place, with no cultural support at all, without social models of spiritual development, and in a culture morbidly preoccupied with sexuality on a commercial, pornographic, and compulsive level, Kundalini energy gets equated with its twin energy and sexual energy then proves the only possible outlet or expression of Kundalini.

Recall that attachment behavior is the attempt to incorporate a higher integral structure into a lower one, rather than allowing integration of the lower into the higher. Kundalini is a far more unrestricted and greater power than sexuality. Under the impetus of attachment behavior, Kundalini, when even partially incorporated into sexuality, seriously overstimulates sexual energy without any of the necessary balance that only the power of the fourth chakra can bring about. Sooner or later this leads to a sexual excess that dissipates the Kundalini energy itself. Kundalini slowly atrophies, and the transcendent, ecstatic waves of expectancy fade away, generally by our early twenties, leaving us with a growing despair and over-stimulated sexuality. When this happens, sexuality, which is now equated unconsciously with its twin, Kundalini, becomes equated with that now-missing transcendent quality that the bonded Kundalini is designed to give. Each of us feels that something tremendously important is supposed to happen with sexuality, and this is acutely so at adolescence. For a time the sheer excitement of the sexual venture holds us, but, stripped of its transcendent aspect, its bond with the fourth chakra, nothing beyond physical sensation happens. (Every once in a while, some suggestion of the transcendent power manifests, as Hemingway described in For Whom the Bell Tolls, when the young couple "left the earth" in that sleeping bag. The old gypsy woman said that if people experience that even once in their lives they are lucky. There is something pathetic in her observation, since this "rush" of ecstasy occurs quite commonly in meditation. Again, that which we seek from without is always manifested from within.)

So we fill libraries with books on how to enhance this physical sensation, and we enter into a perpetual excess of rutting, searching for something that is supposed to happen and does not. The psychologist writes knowingly of the "postcoital blues" as though they were as natural as the "postpartum blues" of the violated and unbonded mother.

We look for the spiritual in the sexual with no notion of what we are looking for. And we do this under the compulsion of attachment behavior: We unconsciously treat our sexual partners as objects to be possessed (if only temporarily), on the one hand; and unconsciously expect from them a transcendent element they cannot possibly deliver, on the other. And, of course, the opposite is always the case: The other treats us as an object of attachment behavior, attempts to possess love through us, and looks for a transcendent experience that we cannot deliver, either. The result is almost invariable--each member of the encounter sooner or later disappoints the other. The disappointment is intangible, and so all the more frustrating. Since we automatically project this frustration onto the other, we express betrayal and rage.
Joseph Chilton Pearce

"Praiseworthy. . . . Going far beyond his earlier Magical Child to explore the dysfunctions of culture, the promise of meditation, and the paradoxes of sexuality."

"He has pointed the way to an acceptance of the adolescent discovery of spirit as the normal start of a developmental path."

". . . visionary work from Joseph Chilton Pearce, who asserts that beginning to explore spirituality is the natural course of adolescent development."