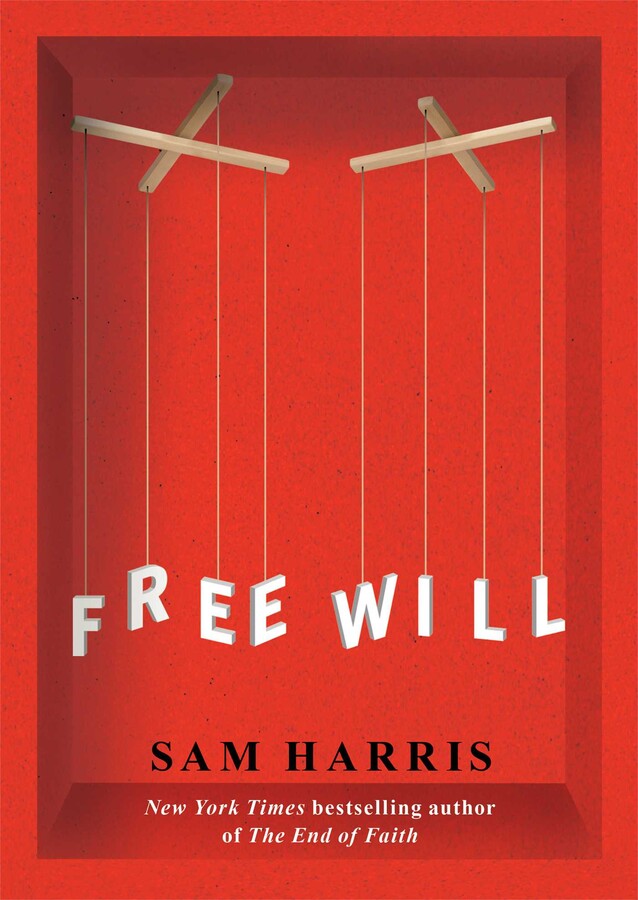 From the New York Times bestselling author of The End of Faith, a thought-provoking, "brilliant and witty" (Oliver Sacks) look at the notion of free will—and the implications that it is an illusion.

A belief in free will touches nearly everything that human beings value. It is difficult to think about law, politics, religion, public policy, intimate relationships, morality—as well as feelings of remorse or personal achievement—without first imagining that every person is the true source of his or her thoughts and actions. And yet the facts tell us that free will is an illusion.

In this enlightening book, Sam Harris argues that this truth about the human mind does not undermine morality or diminish the importance of social and political freedom, but it can and should change the way we think about some of the most important questions in life.

Free Will
The question of free will touches nearly everything we care about. Morality, law, politics, religion, public policy, intimate relationships, feelings of guilt and personal accomplishment—most of what is distinctly human about our lives seems to depend upon our viewing one another as autonomous persons, capable of free choice. If the scientific community were to declare free will an illusion, it would precipitate a culture war far more belligerent than the one that has been waged on the subject of evolution. Without free will, sinners and criminals would be nothing more than poorly calibrated clockwork, and any conception of justice that emphasized punishing them (rather than deterring, rehabilitating, or merely containing them) would appear utterly incongruous. And those of us who work hard and follow the rules would not “deserve” our success in any deep sense. It is not an accident that most people find these conclusions abhorrent. The stakes are high.

In the early morning of July 23, 2007, Steven Hayes and Joshua Komisarjevsky, two career criminals, arrived at the home of Dr. William and Jennifer Petit in Cheshire, a quiet town in central Connecticut. They found Dr. Petit asleep on a sofa in the sunroom. According to his taped confession, Komisarjevsky stood over the sleeping man for some minutes, hesitating, before striking him in the head with a baseball bat. He claimed that his victim’s screams then triggered something within him, and he bludgeoned Petit with all his strength until he fell silent.

The two then bound Petit’s hands and feet and went upstairs to search the rest of the house. They discovered Jennifer Petit and her daughters—Hayley, 17, and Michaela, 11—still asleep. They woke all three and immediately tied them to their beds.

At 7:00 a.m., Hayes went to a gas station and bought four gallons of gasoline. At 9:30, he drove Jennifer Petit to her bank to withdraw $15,000 in cash. The conversation between Jennifer and the bank teller suggests that she was unaware of her husband’s injuries and believed that her captors would release her family unharmed.

At this point, the two men noticed that William Petit had slipped his bonds and escaped. They began to panic. They quickly doused the house with gasoline and set it on fire. When asked by the police why he hadn’t untied the two girls from their beds before lighting the blaze, Komisarjevsky said, “It just didn’t cross my mind.” The girls died of smoke inhalation. William Petit was the only survivor of the attack.

Upon hearing about crimes of this kind, most of us naturally feel that men like Hayes and Komisarjevsky should be held morally responsible for their actions. Had we been close to the Petit family, many of us would feel entirely justified in killing these monsters with our own hands. Do we care that Hayes has since shown signs of remorse and has attempted suicide? Not really. What about the fact that Komisarjevsky was repeatedly raped as a child? According to his journals, for as long as he can remember, he has known that he was “different” from other people, psychologically damaged, and capable of great coldness. He also claims to have been stunned by his own behavior in the Petit home: He was a career burglar, not a murderer, and he had not consciously intended to kill anyone. Such details might begin to give us pause.

As we will see, whether criminals like Hayes and Komisarjevsky can be trusted to honestly report their feelings and intentions is not the point: Whatever their conscious motives, these men cannot know why they are as they are. Nor can we account for why we are not like them. As sickening as I find their behavior, I have to admit that if I were to trade places with one of these men, atom for atom, I would be him: There is no extra part of me that could decide to see the world differently or to resist the impulse to victimize other people. Even if you believe that every human being harbors an immortal soul, the problem of responsibility remains: I cannot take credit for the fact that I do not have the soul of a psychopath. If I had truly been in Komisarjevsky’s shoes on July 23, 2007—that is, if I had his genes and life experience and an identical brain (or soul) in an identical state—I would have acted exactly as he did. There is simply no intellectually respectable position from which to deny this. The role of luck, therefore, appears decisive.

Of course, if we learned that both these men had been suffering from brain tumors that explained their violent behavior, our moral intuitions would shift dramatically. But a neurological disorder appears to be just a special case of physical events giving rise to thoughts and actions. Understanding the neurophysiology of the brain, therefore, would seem to be as exculpatory as finding a tumor in it. How can we make sense of our lives, and hold people accountable for their choices, given the unconscious origins of our conscious minds?

Free will is an illusion. Our wills are simply not of our own making. Thoughts and intentions emerge from background causes of which we are unaware and over which we exert no conscious control. We do not have the freedom we think we have.

Free will is actually more than an illusion (or less), in that it cannot be made conceptually coherent. Either our wills are determined by prior causes and we are not responsible for them, or they are the product of chance and we are not responsible for them. If a man’s choice to shoot the president is determined by a certain pattern of neural activity, which is in turn the product of prior causes—perhaps an unfortunate coincidence of bad genes, an unhappy childhood, lost sleep, and cosmic-ray bombardment—what can it possibly mean to say that his will is “free”? No one has ever described a way in which mental and physical processes could arise that would attest to the existence of such freedom. Most illusions are made of sterner stuff than this.

The popular conception of free will seems to rest on two assumptions: (1) that each of us could have behaved differently than we did in the past, and (2) that we are the conscious source of most of our thoughts and actions in the present. As we are about to see, however, both of these assumptions are false.

But the deeper truth is that free will doesn’t even correspond to any subjective fact about us—and introspection soon proves as hostile to the idea as the laws of physics are. Seeming acts of volition merely arise spontaneously (whether caused, uncaused, or probabilistically inclined, it makes no difference) and cannot be traced to a point of origin in our conscious minds. A moment or two of serious self-scrutiny, and you might observe that you no more decide the next thought you think than the next thought I write. 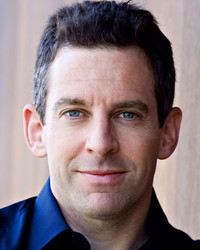 Sam Harris is the author of the bestselling books The End of Faith, Letter to a Christian Nation, The Moral Landscape, Free Will, and Lying. The End of Faith won the 2005 PEN Award for Nonfiction. His writing has been published in over fifteen languages. Dr. Harris is cofounder and CEO of Project Reason, a nonprofit foundation devoted to spreading scientific knowledge and secular values in society. He received a degree in philosophy from Stanford University and a PhD in neuroscience from UCLA. Please visit his website at SamHarris.org.

"In this elegant and provocative book, Sam Harris demonstrates—with great intellectual ferocity and panache—that free will is an inherently flawed and incoherent concept, even in subjective terms. If he is right, the book will radically change the way we view ourselves as human beings."
—V. S. Ramachandran, Director of the Center for Brain and Cognition, UCSD, and author of The Tell-Tale Brain

"Brilliant and witty—and never less than incisive—Free Will shows that Sam Harris can say more in 13,000 words than most people do in 100,000."
—Oliver Sacks

"Free will is an illusion so convincing that people simply refuse to believe that we don’t have it. In Free Will, Sam Harris combines neuroscience and psychology to lay this illusion to rest at last. Like all of Harris’s books, this one will not only unsettle you but make you think deeply. Read it: you have no choice."—Jerry A. Coyne, Professor of Ecology and Evolution, University of Chicago, and author of Why Evolution Is True

"Many say that believing that there is no free will is impossible—or, if possible, will cause nihilism and despair. In this feisty and personal essay, Harris offers himself as an example of a heart made less self-absorbed, and more morally sensitive and creative, because this particular wicked witch is dead."
—Owen Flanagan, Professor of Philosophy, Duke University, and author of The Really Hard Problem

"If you believe in free will, or know someone who does, here is the perfect antidote. In this smart, engaging, and extremely readable little book, Sam Harris argues that free will doesn’t exist, that we’re better off knowing that it doesn’t exist, and that—once we think about it in the right way—we can appreciate from our own experience that it doesn’t exist. This is a delightful discussion by one of the sharpest scholars around.”
—Paul Bloom, Professor of Psychology, Yale University, and author of How Pleasure Works