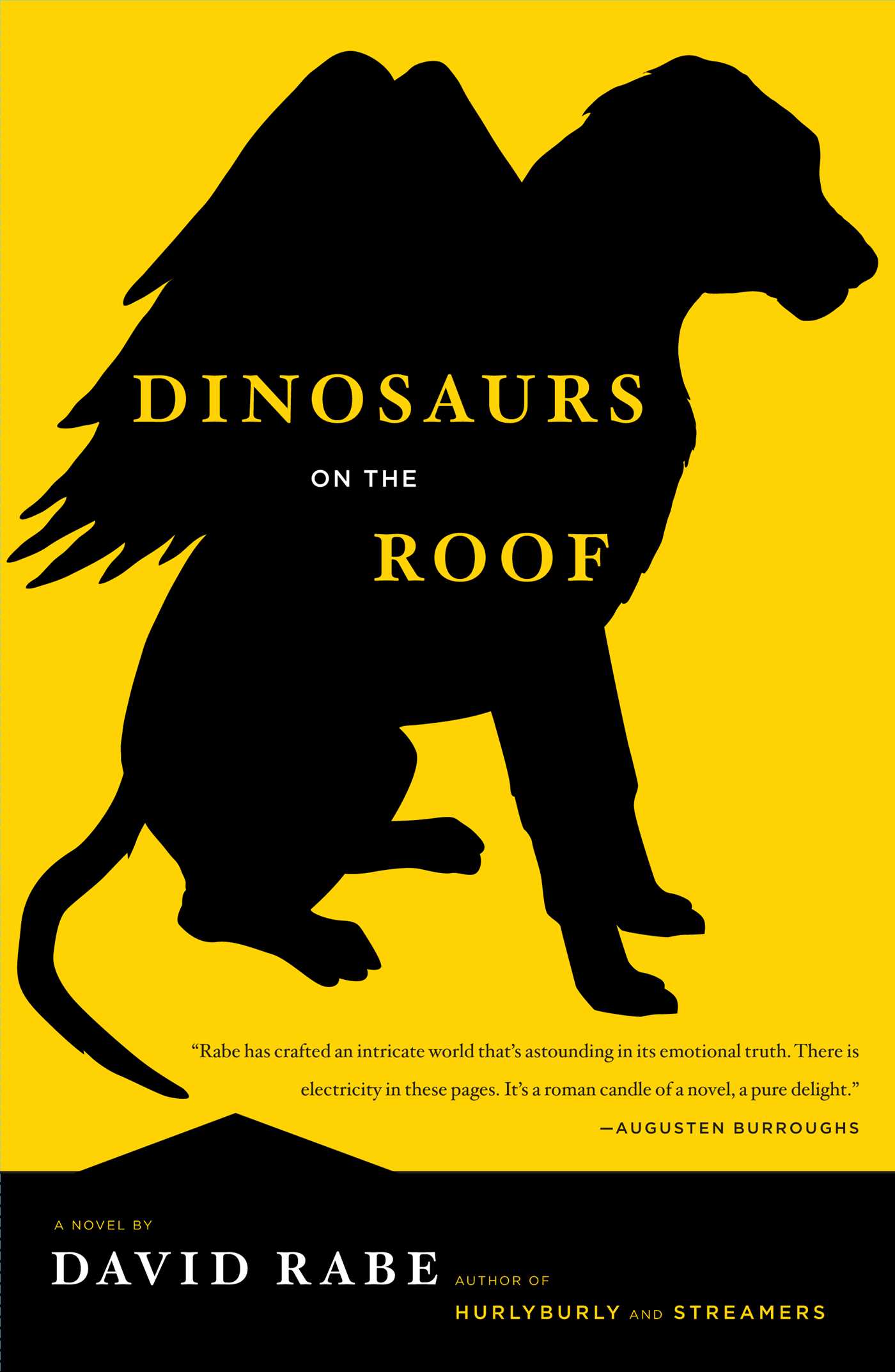 Dinosaurs on the Roof

In Dinosaurs on the Roof, acclaimed author and playwright David Rabe delivers a singular work that reaffirms his extraordinary range and talent, and introduces a story and a collection of characters whose genuine audacity will echo with readers for years to come.

In the town of Belger, Iowa, recently divorced Janet Cawley is attempting to find some peace and quiet, and perhaps a solitary place where she can finally fall apart. She's quit her job teaching fourth grade, though with the money she has, she will probably get along fine for another six months. She still needs to extricate herself from an affair with an ex-colleague that has the neighbors talking, but after that she can spend her time alone, jogging, drinking, and making the occasional trip into town.

Her plans are interrupted one morning by the sudden appearance of her now-deceased mother's oldest friend, Bernice, who has an urgent matter to discuss. Bernice's preacher, it seems, has informed his congregation that they are to be visited by the Rapture that very evening -- and Bernice's first question, and most pressing fear, is how her dogs and cats will be fed and cared for after she's gone.

Through that night and into the next, the lives of these two women will become inextricably woven together as they struggle to find reason in the incomprehensible and sometimes ludicrous events that unfold, and search for tangible signs of faith in themselves and the world around them. Dinosaurs on the Roof is a magnificent novel that speaks volumes about spirituality in the twenty-first century and explores the intimate, everyday gestures of the strangers closest to us with unforgettable humor and remarkable humanity. 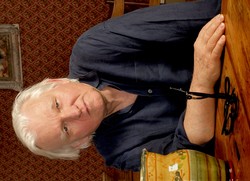 DAVD RABE has been hailed as one of America’s greatest living playwrights. He is the author of many widely performed plays, including The Basic Training of Pavlo Hummel, Sticks and Bones, In the Boom Boom Room, Streamers, Hurlyburly, and The Dog Problem. Four of his plays have been nominated for the Tony Award, including one win for Best Play. He is the recipient of an Obie Award, the American Academy of Arts and Letters Award, Drama Desk Award, and the New York Drama Critics Circle Award, among others. His numerous screenwriting credits include I’m Dancing as Fast as I Can, Casualties of War, Hurlyburly, and The Firm.

Rabe is the critically acclaimed author of the novels Dinosaurs on the Roof and Recital of the Dog, and a collection of short stories, A Primitive Heart. Born in Dubuque, Iowa, Rabe lives with his family in Northwest Connecticut.

"Rabe has crafted an intricate world that's astounding in its emotional truth. Without a single false note he delivers a performance that is at once deeply poignant and downright funny but always utterly, magnificently human. There is electricity in these pages. It's a roman candle of a novel, pure delight." -- Augusten Burroughs, author of Running with Scissors and Dry: A Memoir

"Dinosaurs on the Roof chronicles, in richest detail...the lives of these two unlikely companions...and complete a kind of soul swap in the process. One of America's most celebrated contemporary playwrights, Rabe tells Janet and Bernice's story in alternating chapters that amalgamate into an intricate -- nearly obsessive -- composite of memory and metaphor. Darkly comic, painstakingly observed, Dinosaurs on the Roof raises all the right questions about life, sex, death, faith, and survival in an increasingly unforgiving world." -- Pam Houston, O Magazine

Dinosaurs on the Roof