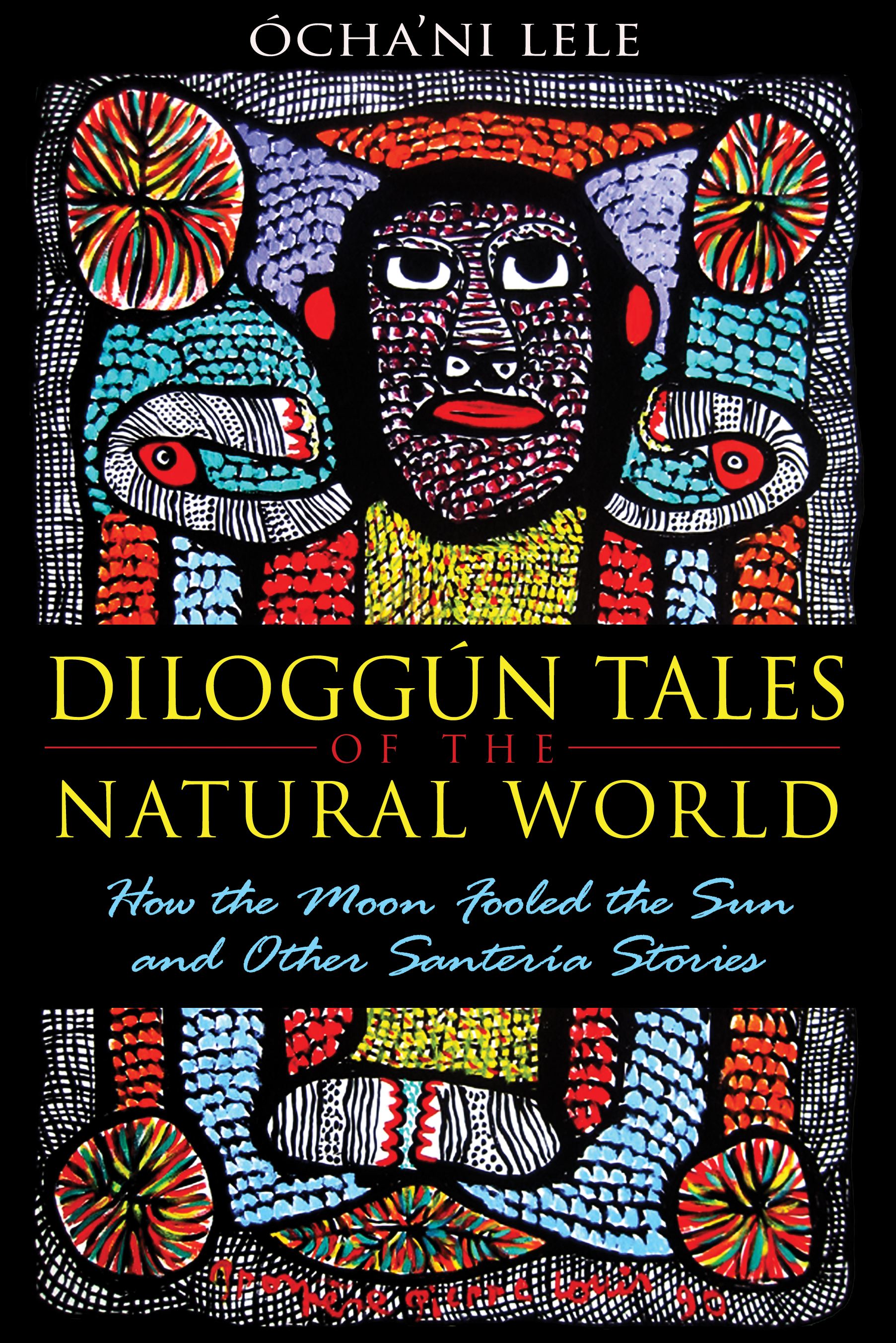 Diloggún Tales of the Natural World

How the Moon Fooled the Sun and Other Santería Stories

Sacred myths from Santería centered on nature and the natural world

• Includes more than 40 myths, stories, and histories from the Lucumí tradition

• Reassembles the oral fragments from the African diaspora into coherent stories

• Demonstrates that the African peoples, specifically the Yoruba, had deep philosophies and metaphysics involving nature and the natural world

Since ancient times the Yoruba of West Africa created sacred stories--patakís--to make sense of the world around them. Upon arrival in the New World, the Yoruba religion began to incorporate elements from Catholic and Native traditions, evolving into Santería, and new patakís were born, adding to the many chapters already found in the odu of the diloggun--the sacred oral teachings and divination system of the Yoruba, or Lucumí, faith. Comparable to the myths of ancient Greece and Rome and rich with jewels of wisdom like the I Ching, these Santería stories are as vast as the Hindu Vedas and as culturally significant as the parables in the Torah, Talmud, and Christian Bible.

Diloggun Tales of the Natural World presents more than 40 patakís that shed light upon the worldview of Santería. Each story in this collection, reassembled from the oral tradition of the African diaspora, is centered on a spiritual principle in nature: the waxing and waning of the moon, solar and lunar eclipses, the phenomenon of shooting stars, the separation of sky and earth, and the origins of the animals and birds who play key roles in Santería symbology. Revealing the metaphysics, theology, and philosophy of the Yoruba people, this volume shows these stories to be as powerful and relevant today as they were to the ancient Yoruba who once safeguarded them.

For days Maja was exhausted. No matter how much he slept he was sleepy; and no matter how much he rested he was tired. His arms and legs ached and his skin took on a rough, sallow pallor. “Husband, you don’t look well,” his wife complained, worry creasing her brow.

Maja sat still, staring into space. “I feel fine, woman,” he said. “I just need to rest.” He put himself to bed early that evening and slept fitfully.

In the morning the sheets were sweat-soaked, and he shivered as fever warmed his flesh uncomfortably. Maja’s wife put her lips to his forehead gently; it was hot and dry.

“You need help, Maja,” she insisted. “Come with me to my godfather, Mofá. Let him divine for you. Let him give you something to help you. You get sicker by the day.”

Maja’s wife was a believer in the orishas. Maja was a skeptic of the religion and all it entailed. He grumbled a bit, but he was so exhausted from his mysterious illness that he had not the strength to fight. With his wife he went to see the diviner.

Mofá divined: he prayed and questioned the orishas, casting the diloggún on the mat several times before speaking. “The orishas are not happy with you because you do not believe,” he said, concerned. “Your illness, however, is not their doing. It simply is. But Obatalá stands up to save you. You need a rogación; this will cool your fever and restore your health.”

“Obatalá wants me to make ebó? Who is this Obatalá? Show me! You cannot, for he is not real! I’m a sick man, and you want to cool my head with a rogación?” He breathed deeply. “Let my wife make ebó instead and cool her own head. I will seek out a doctor and take medicine to rid myself of this illness.”

Mofá sighed. “There is none more blind than he who refuses to see.”

Maja’s wife remained for a rogación. “It can’t hurt,” she told Mofá, and he shrugged his shoulders. Maja went home and called for the best physicians in Cuba.

“This is most unusual,” said one physician, and the others agreed. That evening they stayed with him; the fever grew. They administered medicines and remedies to bring it down, but to no avail. When his wife came home she was shocked. Her husband lay in bed, soaked in sweat, his fever so high he was delirious.

They worked all night to cool him and restore him.

Morning came, and Maja’s fever was lower but not broken; the physicians left, secure that he would recover. But as the day passed he became weaker. Soon his skin roughened and his extremities turned hard and blue. They were useless, and Maja lay in bed, unable to rise. “Call the doctors,” he cried to his wife. She ran from the house. He thought she was going to fetch a physician. The wife, however, went back to Mofá.

Mofá divined again and worry twisted his face. “Your husband refused to make ebó,” he told her, “and Obatalá is angry now. Your spouse sat here on the mat and made fun of him. He doubted his existence. A rogación will not help anymore. Obatalá says your husband must walk alone to a crossroads carrying a coconut and a white pigeon in each hand. Obatalá himself will come meet your husband and will restore him to health once he makes ebó.”

She went home to tell him what Mofá said. When he heard her words, he roared. “Woman! I lay in bed unable to stand, and your witchdoctor wants me to walk? Is he crazy? Get me a doctor quickly before I die!”

There were tears in her eyes when she ran to fetch the doctors, and when they were on their way to her house she ran to get the items for ebó. “Perhaps if I go and explain to Obatalá my husband cannot walk,” she reasoned, “he will have pity and save him.”

At the crossroads she stood with one coconut and one white pigeon in each hand; she was there barely a minute when Obatalá himself rode by on his white horse. Before the orisha dismounted she was on the ground prostrating herself, her tears wetting the dust. Obatalá blessed her.

“Father, my husband is dying. He cannot even walk. I came here with his ebó hoping that you would still save him.” Her face was twisted with anguish when she pleaded, “Please save him.”

Obatalá gave her a rogación and fed her orí in Maja’s name. When he was done, he wrapped her head securely in white cloth and told her, “Your husband has been sick too long, and he never made ebó for himself. His illness is too advanced. I might be an orisha, but I cannot break the natural laws Olódumare has set.” She hung her head and began to cry again. “His arms and legs are dead; they died while you traveled here. I can’t reverse that, but I can transform him into something new.

Your husband, Maja, will be known as the maja, and those who see him will scorn him as he has scorned me.”

The woman thanked Obatalá, and ran home, her feet barely touching the earth. Her heart was in her chest when she burst through her own door.

Maja was surrounded by several physicians, each with a look of horror on their faces. For his arms and legs had died, and his body transformed. Maja was a snake, and frightening in his countenance. Thus was the snake known as the maja born on the island of Cuba.
Ócha'ni Lele

“With brilliant and beautiful narratives, Ócha’ni Lele skillfully navigates the complex stories of the ancient Yoruba people. The myths presented in Diloggún Tales of the Natural World are eternal; equally as profound as those of the Greeks and Romans. With a compelling power akin to the I Ching, this work is well overdue. Finally, we have an author willing to serve up the spiritual beauty of ancient Africa at the table of the modern world. Clearly, there is a legacy beginning to unfold. What a blessing!”

“Ócha’ni Lele gives both the initiated and the layperson a true sense of the marvel and mystery within the patakí, the sacred stories of Afro-Cuban Santería. As with previous works, reading Diloggún Tales of the Natural World is like sitting at the feet of an elder while dramatic stories filled with vibrant characters are woven together to reveal universal truths of human existence. These stories, committed to the page, are an invaluable gift to those of us living long distances from our godparents and spiritual homes. Ócha’ni Lele is turning a vast and rich oral tradition--one book at a time--into an eloquently written one. We give thanks to the orisha themselves for choosing him as their messenger.”

“At the heart of Ifa, Lukumi, Santería, and various other Yoruba-influenced traditions in the African diaspora is the diloggún, the complex cowrie-divination ritual by which devotees ascertain the will of the orishas. At the heart of the diloggún are the patakís, stories that elaborate upon and explain the various figures formed by the falling shells. Ócha’ni Lele has put much of this oral tradition in print, offering us an invaluable view into the complexity and beauty of Yoruba mythology and culture. Like most fairy tales, these legends are simple but carry deep and profound truths: Diloggún Tales of the Natural World is a book that has something to offer adherents, scholars, and curious neophytes alike.”

“A must-read for any student of spirituality. Like paintings of the wall of a cave, these stories illuminate a rich history of oral traditions with thought provoking tales of faith and humanity. Ochani’s parables invoke another world...”

“This is a major scholarly achievement, which also happens to have great appeal as a unique consumer product.”

“. . . a wonderful and long-overdue addition to the world’s mythology and cultural history.”

“Ócha’ni Lele writes in the lyrical style of the storyteller. The collection is a string of pearls, seemingly simple, but each has its own luminous beauty. The book is of value to practitioners of Santeria, but also highly recommended to anyone who enjoys folktales from around the world. It’s a goldmine for storytellers and for those who include storytelling in rituals or at campfires. Read silently or aloud, this is a marvelous story collection.”

“Anyone interested in the folk tales and oral traditions of other cultures should snap up this book. Contained within are charming stories of personified natural forces, foolish mortals and gods of all levels of power and wisdom. Think Aesops’s fables with a Yoruban twist.”

“Ócha’ni Lele’s Diloggún Tales of the Natural World is a historic glimpse into the beauty and power of the Lukumi religion. Readers will not only find this book educational and inspirational but deeply transformative.”

“Diloggún Tales of the Natural World is essential reading for anyone interested in the myths and superstitions of Cuba and the Caribbean. This book is entertaining and extremely informative, especially when explaining the role religion played during and after the African slave trade.”

– Xaviant Haze, author of The Suppressed History of America

Diloggún Tales of the Natural World

How the Moon Fooled the Sun and Other Santería Stories