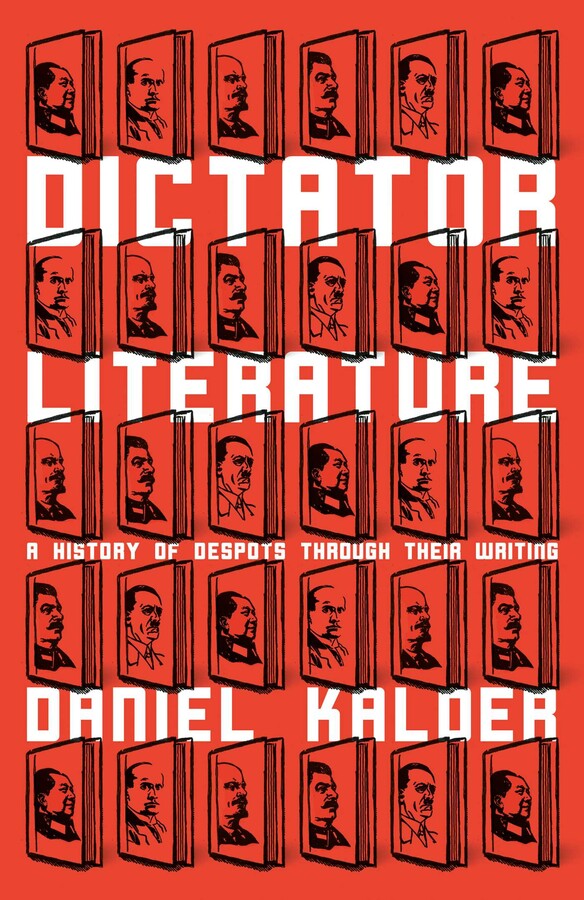 A History of Bad Books by Terrible People

‘The writer is the engineer of the human soul,’ claimed Stalin. Although one wonders how many found nourishment in Turkmenbashi’s Book of the Soul (once required reading for driving tests in Turkmenistan), not to mention Stalin’s own poetry. Certainly, to be considered great, a dictator must write, and write a lot. Mao had his Little Red Book, Mussolini and Saddam Hussein their romance novels, Kim Jong-il his treatise on the art of film, Hitler his hate-filled tracts. What do these texts reveal about their authors, the worst people imaginable? And how did they shape twentieth-century history? To find out, Daniel Kalder read them all – the badly written and the astonishingly badly written – so that you don’t have to. This is the untold history of books so terrible they should have been crimes.

‘Daniel Kalder has slogged his way through the 20th century’s “Krakatoa-like eruption of despotic verbiage” so you don’t have to… Kalder’s dispatches from “the transnational empire of ultra-boredom” are not only very funny, they also form a quirky, pacey guide to recent world history.’

– Sunday Times, Books of the Year

‘Full of…wonders, and startling individual facts… An overwhelmingly powerful reminder of 20th-century misrule, and of just how delusional human beings can be – especially if they’re literate.’

‘This wonderfully entertaining book is a cautionary tale about how societies are easily wooed by foolish demagogues spouting gibberish.’

– The Times, Books of the Year

‘I enjoyed this book a great deal…it’s actually a rather snappy read.’

‘Hugely compelling…Like coming across a planet-sized car crash, with hundreds of millions snarled up in the wreckage: you can’t look away. Kalder has really dug deep into the minds of these infernal texts’ creators, and thus delivers some truly enlightening insights.’

‘Daniel Kalder…deserves a medal…Dictator Literature is a great book... An insightful book, but also a funny one.'

‘Very funny… After reading Dictator Literature you will never look at books with such a benevolent eye again.’

‘A engaging, brisk, and morbidly humorous haul of the lives and literary pretensions of the murderous wingnuts who defined a century.’

‘Kalder's book is an informative, lively and often hilarious account of some of the worst authors who ever lived, doubling as a history of the terrible ideologies that marred the last century. Some execrable books have come out of communism and fascism, but Dictator Literature is certainly not one of them.’

‘A fascinating study…partly an enjoyable romp but mostly a sombre sidelong-glance history of 20th-century totalitarianism.’

‘Brisk, and full of antic fun.’

‘A mesmerizing study of books by despots great and small, from the familiar to the largely unknown.’

‘Kalder is our cheeky and irreverent guide to the (generally aggressively tedious) prose by history’s despots.’

‘This is about the most discomforting book I’ve read in the past year. Never mind Trump and never mind Twitter: Kalder demonstrates that words themselves, and the escapist spells we weave with them, are our riskiest civic gift.’

– Simon Ings, author of Stalin and the Scientists

‘A compelling examination of why bad minds create bad writing, and therefore a valuable read for anyone interested in literature – or the world, in fact. Kalder’s dry humour makes Dictator Literature a fun tour de force through the mad history of the 20th century and the present.’

A History of Bad Books by Terrible People