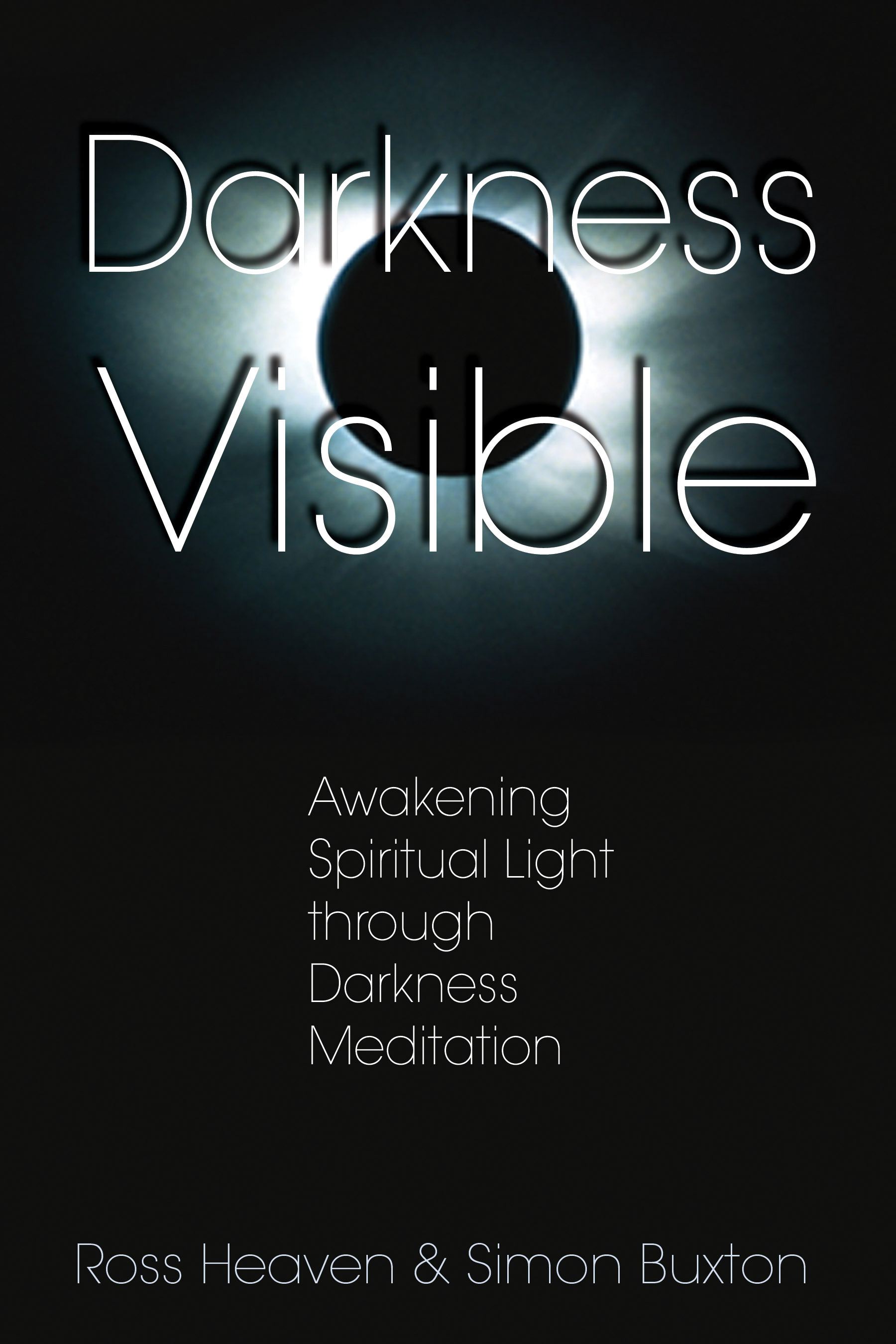 • Draws upon many indigenous and spiritual traditions that use this technique

The use of ceremonial darkness is a classic and cross-cultural method for exploring hidden aspects of unconscious and super-conscious states, accessing invisible landscapes, and embracing the deeper recesses of the self. In Darkness Visible Heaven and Buxton examine the spiritual and therapeutic practice of taking retreat in physical darkness.

For millennia mystics and sages have used darkness as a spiritual tool for breaking with their pasts, prior conditioning, and the limited reality of their societies. Spiritual seekers from many traditions--Celtic, Eastern, indigenous North and South American, Tibetan, and African--have used darkness as a tool for spiritual enlightenment. Heaven and Buxton show how experiencing complete darkness, even for only a period of hours, brings about a remarkable clarity and mental stillness and thus provides a springboard for creativity, intuition, and spiritual development. They include exercises that explore lucid levels of dream consciousness, drawing both from their experience as teachers of this method and from the many cultures that include this practice in their spiritual traditions. Darkness Visible shows how deprivation of sight can truly teach us to see.

The Tunnel at the End of the Light: The Practice of Darkness

"Mystery and imagination arise from the same source. This source is called darkness . . . Darkness within darkness, the gateway to all understanding."
--Lao-tzu

We are all familiar with the Icarus myth: a boy creates a magical pair of wings from bee’s wax and feathers, and begins to fly. He flies higher and higher despite his father’s warnings, continuing ever-upward toward the light of the sun. He is consumed by his drive toward the light until the wax in his wings begins to melt in the sun’s heat, his feathers drop away, and he falls into the Aegean Sea and drowns.

We might sum up the moral of this tale in this way: “Too much light and your wings may be lost.” Yet within the religious traditions of many denominations there is often a largely unbalanced emphasis on embracing light and following a sole trajectory of ascension. As the myth of Icarus informs us, though, the inevitable curse and course of those who chase spiritual light is that they must eventually fall back down to Earth. In less mythic terms: The more we walk toward the light, the longer our shadows grow behind us. The route back to the source, then, is not upward to the light, but downward into darkness.

When Buddha realized enlightenment, he touched the Earth--a simple gesture reaffirming his connection to our physical, planetary home. Putting “pennies in our shoes” is the analogy mythologist Joseph Campbell came up with to translate the actions of the Buddha--and is something we all may need to do to counter being taken ever-upward in our spiritual pursuits and disciplines.

The philosopher Pliny also remarked that for every step toward the light there must be an equal and opposite step into the darkness. He knew that for every branch of every tree to be secure in high winds, the trees themselves must be firmly rooted within the dark earth, anchoring all that rises up toward the sun. Before the temple is built, he informs us, we must dig downward to secure its foundations.

The vast majority of indigenous spiritual traditions of the world contain this safeguard. Those within these most time-tested traditions know well the potential pitfalls and challenges attached to seeking to step into a greater intimacy with the supernal realms of the Gods--and darkness is the tool they use as both a means to this interaction and a safeguard for their journey.

We might say that darkness, when encountered mindfully, can become the most potent spiritual tool we have at our disposal; a statement that seems all the more remarkable because the power of darkness in this context is so rarely talked of, written about, or taught. In fact, historically, such use of physical darkness was embraced only by the most advanced practitioners.

It is said that the best place to hide something is in plain view--and how much more plain could the opening to darkness be for us, present as it is every time we blink and every day when the sun goes down? Every night, as sun sets, the darkness descends and we may choose to allow our perception of everything around us to be altered, for after darkness falls, all cats become leopards.

Most people, however, are quick to dismiss the power of the ubiquitous: Its potency often goes unseen by the novice and is not explained by the master. Something that is as common as darkness is seen as holding no value and is often ignored, its potency obscured as the seeker searches for more complex, obtuse, and obscure means to arrive at his royal destiny.

Yet all we need do is close our eyes.

The Modern Search for Meaning

“One thing that comes out in the myths is that at the bottom of the abyss comes the voice of salvation. The black moment is the moment when the real message of transformation is going to come. At the darkest moment comes the light.”
--Joseph Campbell

Darkness work is truly cross-cultural. It can be found within Taoist teachings dating back 2,500 years and can be traced to Buddhist, Christian, Hindi, aboriginal, ancestral, and indigenous traditions. Within many paths and faiths it is considered a secret--a staggering one kept hidden by its very prevalence. It is simultaneously everywhere and nowhere.

In many traditions darkness is used to mark the very start of a person’s induction into spiritual advancement. Within these initiatory practices, the length of time an initiate remains in darkness varies from culture to culture, from just a few hours to a staggering nineteen years.

The experience of shamans and seekers engaged in introspection in dark caves may seem a million miles away from our contemporary life, but there is something within darkness--its healing essence or mythic quality, perhaps--that endures, even today, as a source of illumination and even miracles.
Ross Heaven

Ross Heaven (1960-2018) was a psychologist and healer with extensive training in the shamanic, transpersonal, and psychospiritual traditions. The author of more than 10 books, including Plant Spirit Shamanism, Vodou Shaman, and Darkness Visible, he taught workshops on plant medicines and coordinated trips to Peru to work with indigenous shamans.

Simon Buxton, author of The Shamanic Way of the Bee, is the founder/director of The Sacred Trust in England, dedicated to the teaching of practical shamanism for the modern world. He is also the co-author of Darkness Visible. He teaches Darkness Visible workshops internationally and lives in England.

“. . . we learn about ourselves and the powers of the ‘other world’ by surrendering to the beauty and opportunity for greater vision afforded us in darkness. . . . Ross Heaven and Simon Buxton have nurtured the most fertile ground for the development of true spiritual sightedness.”

– Malidoma Patrice Somé, author of Of Water and the Spirit: Ritual, Magic, and Initiation in the

“A shaman is a man or woman who sees in the dark. Gifted storytellers Ross Heaven and Simon Buxton blend cross-cultural stories of initiations in darkness to bring a powerful ­initiation to our modern world . . . inspiring us to open up to new perceptions made ­possible by using our other senses.”

– Sandra Ingerman, author of Soul Retrieval: Mending the Fragmented Self Through Shamanic Practice

"A valuable asset to personal and public libraries, this work opens the door to the wondrous dark chamber we enter every time we close our eyes to pray, meditate, chant or dream."

"These gentlemen have come up with a new form of spiritual experiential magic that will change most people's views of reality."