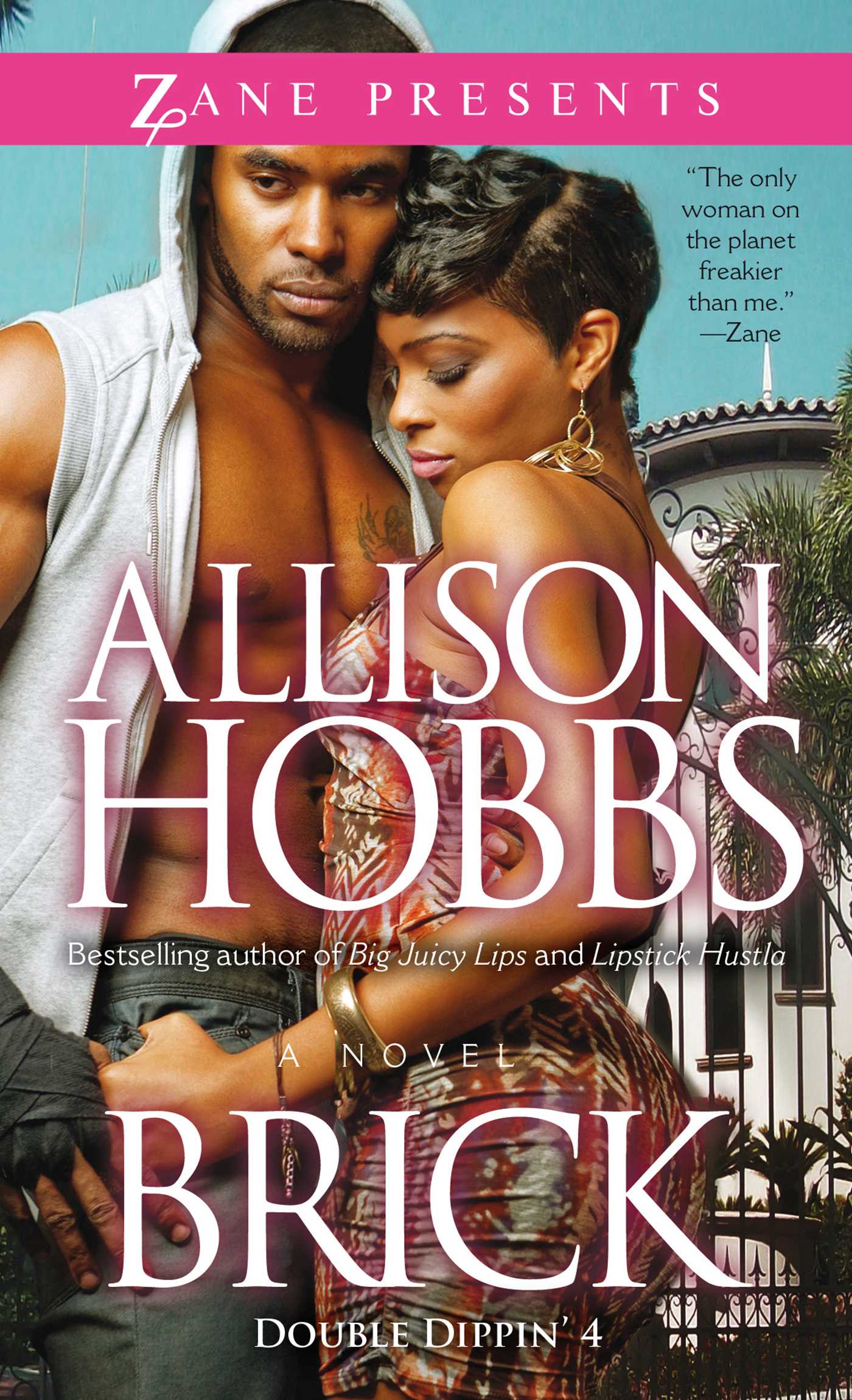 In the fourth novel in Allison Hobbs’s bestselling Double Dippin’ saga, Misty’s life hangs in the balance as Brick goes after her attackers, but is it vengeance or justice?

After a brutal attack, Misty is barely clinging to life and no one expects her to recover. Thomasina is inconsolable, and she holds Brick responsible for her daughter’s condition. Deeming himself the judge, jury, and the executor, Brick is on a single-minded vengeance quest to dispense justice to Misty’s assailant.

A killing machine with nothing to lose, Brick’s deadly rampage takes him from Philadelphia to Miami and Los Angeles, where he uses his good looks, sculpted body, and sensuality to gain behind-the-scenes entry into the lavish lifestyle of the rich and famous. Leaving a trail of bloodshed, carnage, and emotionally scarred women in his wake, Brick uses any means necessary to uncover the perpetrator’s identity.


From an unfathomable distance, he could hear his wife calling him. Too choked up to speak, Brick lay in silent agony with his arms wrapped around Misty’s still warm body. For most of his life, Brick and Misty had been friends. And lovers. Despite all the dirt she’d done…despite his determination to keep Misty out of his life, their bond had not been severed…not even when he married her mother.

Thomasina entered her daughter’s bedroom and gasped. She blindly grasped the doorjamb to maintain her balance. “Baron! Why are you lying in bed with Misty?” Though she spoke in a hushed tone, there was unmistakable panic in her voice.

With his back to his wife, Brick could only respond with an anguished groan.

Thomasina stumbled across the small bedroom. She shook Brick’s massive shoulder roughly. “Misty’s too weak and frail for you to be all over her like that. Let go of my child before you squeeze the life out of her.”

“She’s gone, Thomasina. Misty’s gone!” He croaked out the words. He reluctantly released Misty, gently resting her head upon the pillow.

One look at Misty’s vacant gaze and Thomasina shrieked. “Oh, Lord Jesus no! Call 9-1-1, Brick! Why the hell are you just laying there? Hurry! Do something!”

“Misty is not dead! Move out the way, Baron. I have to try to do some CPR on my baby.”

“She slipped away peacefully.”

“Nooo! This can’t be. She was fine when I checked her last. And she…” Thomasina froze mid-sentence. Suddenly the meaning of Brick’s words washed over her like an icy tsunami. “My God, Baron! What have you done?” Thomasina covered her mouth, her eyes huge with fear and disbelief.

“Her life was pure hell, Thomasina,” Brick said. He stood up and reached for his wife, offering her comfort.

She shoved Brick away, and fell on the bed, trying desperately to shake Misty into awareness. “Misty, wake up. Wake up for Mommy!”

Frantically, Thomasina placed two fingers against the side of Misty’s neck. “She’s not dead!” she exclaimed. “She still has a pulse!” Brick dodged from Thomasina’s path as she raced from the bedroom to call 9-1-1.

Brick understood that it was a mother’s nature to go to extraordinary lengths to save her child, but he knew without a doubt that Misty was dead. And he was responsible for taking her life. Brushing a shaky hand over his first love’s face, Brick closed Misty’s unseeing eyes.

Breathlessly, Thomasina returned to Misty’s bedroom with the phone pressed against her ear. “Ma’am, I don’t know what happened. I came in my daughter’s bedroom and found my husband holding her, telling me she’s dead. But he ain’t a doctor and my daughter still has a pulse, goddamnit. Now tell me exactly what I need to do until the ambulance gets here.”

Thomasina listened to the voice on the other end of the phone, and then spoke in a trembling voice, “I know a little CPR, but I’ll need you to walk me through it.” Her panicked eyes darted from Misty’s unmoving body to Brick’s tear-stained face.

Trying to calm down, Thomasina inhaled deeply. “The paramedics are on their way, but right now it’s up to me and you to try to get Misty breathing again.”

Brick had felt the life leave Misty’s body; there was no hope in reviving her. Still, he had to appease his distraught wife. With the back of his hand, Brick wiped tears away. “Whatchu need me to do?”

“The woman on the phone said we have to get Misty off the bed. Lay her on the floor.”

Brick lifted Misty’s frail body and tenderly lowered her onto the floor.

“Here, talk to the 9-1-1 lady. She’s gonna guide me through it.” Thomasina handed Brick the phone, and knelt beside her lifeless daughter.

Brick took the phone but didn’t say anything to the emergency medical dispatcher. Thomasina seemed to know what she was doing. He watched as Thomasina pushed down on Misty’s tiny chest with both hands, counting loud and desperately with each compression. When she reached number fifteen, she began breathing into Misty’s mouth.

A sudden and urgent pounding on the front door brought a frightened yell from Little Baron’s bedroom.

“Let the paramedics in!” Thomasina shouted. She urgently began the compressions again, paying no attention to her toddler son’s cries.

Having no more use for the EMD, Brick ended the call and rushed out of the room. Out in the hallway, he hesitated briefly when his son let out another distressful wail. Little Baron began throwing a fit when he caught sight of his father. He screamed at the top of his lungs and shook the railing of his crib. But Brick kept moving. There was no time to pick up and console his frantic child.

“It’s all right, lil man! Daddy’s gon’ be right back to get you!” Brick yelled as he bounded down the stairs.

Thomasina rode in the ambulance with Misty. Brick stayed behind, getting himself and Little Baron dressed. The ride to the hospital was solemn. His young son seemed to sense that this was a somber occasion, and accepted being strapped in his child seat without squirming or uttering a word of complaint.

Brick shook his head, imagining Thomasina getting hysterical and becoming inconsolable when the doctor pronounced Misty dead on arrival.

But once she regained her composure, Thomasina was going to demand some answers. From Brick. He was the last person to see Misty alive, and he imagined that the cops would probably want to have a word with him, too.

He swiped his hand across his sweaty forehead. The deafening sound of his rapidly beating heart filled the car.

It had been a mercy killing. Wait…no…he didn’t actually kill Misty. He’d only assisted. Misty begged for that lethal cocktail. She was of a sound mind when she’d swallowed each and every one of those pills. It was straight-up suicide. Misty wanted out of that useless body. She wanted to be with Shane.

Damn, Misty. Fuck was I thinking? It wasn’t your time yet. I can’t believe I let you talk me into that crazy shit! 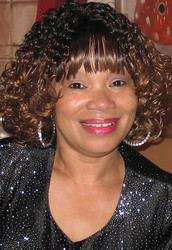 Allison Hobbs is a national bestselling author of more than thirty novels and has been featured in such periodicals as Romantic Times and The Philadelphia Inquirer. She lives in Philadelphia, Pennsylvania. Visit the author at AllisonHobbs.com and Facebook.com/Allisonhobbseroticaauthor.

SEE ALL
See more by Allison Hobbs
Thank you for signing up, fellow book lover!