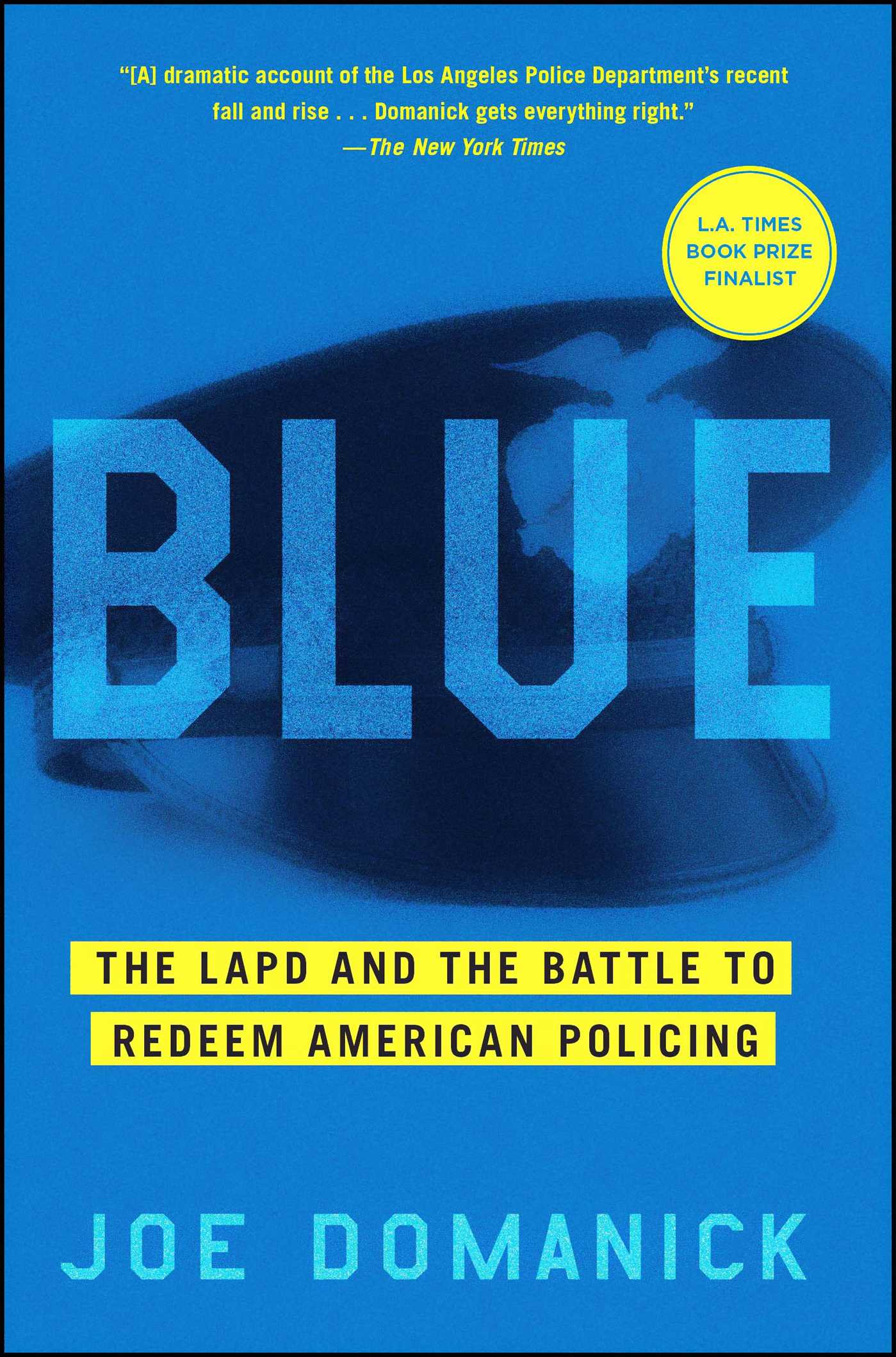 The LAPD and the Battle to Redeem American Policing

Vividly drawn and character-driven, Blue is simultaneously a gripping drama of cops, crime, and politics, and a primer on police policy and reform.

Beginning with the 1992 Los Angeles Riots and ending with the tumultuous police controversies swirling around both Ferguson, MO and New York City in 2014, Domanick’s fast-paced book is filled with political intrigue, cultural and racial conflict, hard-boiled characters like intransient, warrior minded cops like LAPD chief Daryl Gates and America’s most famous police reformer, William J. Bratton. As the Los Angeles Times put it, Blue “weaves a compelling, fact-filled tale of a turbulent city in transition and a police department that often seems impervious to civilian control.”

As the story unfolds, Domanick seamlessly injects and analyzes police policies and actions, while discussing police accountability and legitimacy, effective crime-reduction based on real, long-term community policing, and what is necessary for a new stage of progressive police reform to take place. As Kirkus Reviews summed up in a starred review: “This is a well-executed, large-scale urban narrative, sprawling, engrossing, and highly relevant to the ongoing controversies about policing post-Ferguson.”

An award-winning investigative journalist and author, Joe Domanick is Associate Director of the CMCJ and West Coast Bureau Chief of The Crime Report. Among his books, To Protect and Serve: The LAPD’s Century of War in the City of Dreams won the 1995 Edgar Allan Poe Award for Best Nonfiction “true-crime” book; Cruel Justice: Three Strikes and the Politics of Crime in America’s Golden State has been assigned reading at Stanford Law School, and was named one of the best books of 2004 by the San Francisco Chronicle.

“An incisive examination of American policing...sprawling, engrossing, and highly relevant to the ongoing controversies about policing post-Ferguson.”

“In a time when controversial police actions have virtually split America apart, it’s impossible to imagine a more important book than Joe Domanick’s Blue. His mesmerizing account of how the Los Angeles Police Department descended into fanatic racism, then was healed by new leadership's combined commitment to fairness and common sense, is a lesson that must be learned by all of us, law enforcement officials and community activists most of all.”

The LAPD and the Battle to Redeem American Policing