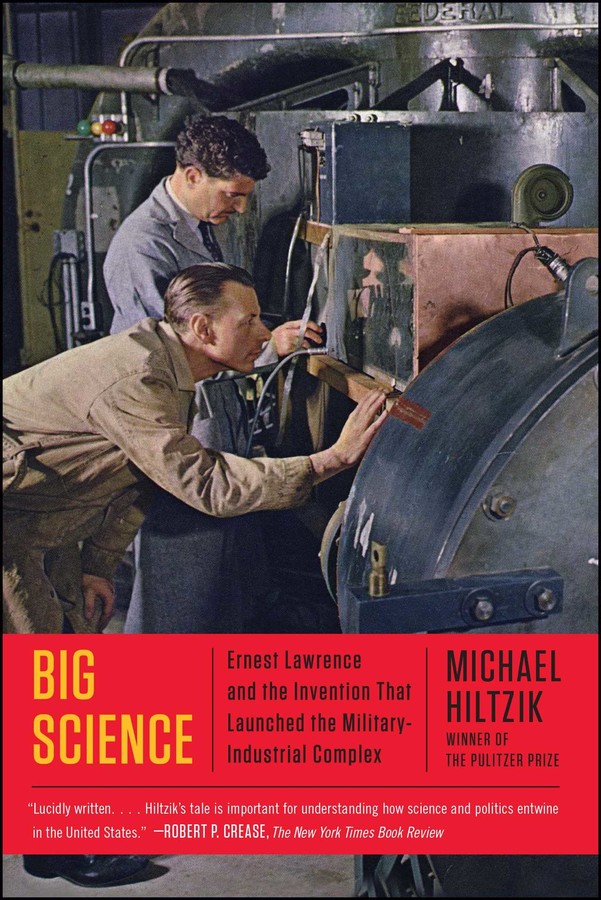 Ernest Lawrence and the Invention that Launched the Military-Industrial Complex

The epic story of how science went “big” and the forgotten genius who started it all—“entertaining, thoroughly researched…partly a biography, partly an account of the influence of Ernest Lawrence’s great idea, partly a short history of nuclear physics and the Bomb” (The Wall Street Journal).

Since the 1930s, the scale of scientific endeavor has grown exponentially. The first particle accelerator could be held in its creator’s lap, while its successor grew to seventeen miles in circumference and cost ten billion dollars. We have invented the atomic bomb, put man on the moon, and probed the inner workings of nature at the scale of subatomic particles—all the result of Big Science, the model of industrial-scale research paid for by governments, departments of defense, and corporations that has driven the great scientific projects of our time.

The birth of Big Science can be traced nearly nine decades ago in Berkeley, California, when a young scientist with a talent for physics declared, “I’m going to be famous!” His name was Ernest Orlando Lawrence. His invention, the cyclotron, would revolutionize nuclear physics, but that was only the beginning of its impact, which would be felt in academia, industry, and international politics. It was the beginning of Big Science.

“An exciting book….A bright narrative that captures the wonder of nuclear physics without flying off into a physics Neverland….Big Science is an excellent summary of how physics became nuclear and changed the world” (The Plain Dealer, Cleveland). This is the “absorbing and expansive” (Los Angeles Times) story that is “important for understanding how science and politics entwine in the United States…with striking details and revealing quotations” (The New York Times Book Review). 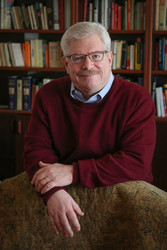 Michael Hiltzik is a Pulitzer Prize–winning journalist and author who has covered business, technology, and public policy for the Los Angeles Times for three decades. He currently serves as the Times’s business columnist and hosts its business blog, The Economy Hub. His books include Big Science, The New Deal, Colossus, Dealers of Lightning, and The Plot Against Social Security. Mr. Hiltzik received the 1999 Pulitzer Prize for articles exposing corruption in the entertainment industry. He lives in Southern California with his wife and two children. Follow him on Twitter @HiltzikM.

“Lucidly written. . . . Hiltzik’s tale is important for understanding how science and politics entwine in the United States, and he moves it along efficiently, with striking details and revealing quotations.”

"Entertaining, thoroughly researched . . . an unusual take on Lawrence’s life and work—partly a biography, partly an account of the influence of his great idea, partly a short history of nuclear physics and the Bomb.”

"This is an astonishing story: US physicist Ernest Lawrence is at its core, but its scope is broad and full of context and characters."

"Absorbing and expansive. . . . Beyond the sheer thrill of the story, Hiltzik's delightful book is invaluable as a basis for reckoning how Big Science can persevere and evolve."

“The author of several books on the interplay of society and technology, Hiltzik is best at making the science of Lawrence’s lab accessible to the reader.”

"A fascinating biography of a physicist who transformed how science is done."

“Michael Hiltzik tells an epic story, one with arenas of tragedy as well as triumph, and he tells it well.”

“Einstein famously formulated new theories of the universe while sitting alone in the patent office in Bern. Today, many endeavors in fundamental research require large budgets, elaborate facilities, and huge staffs. How did science become ‘Big Science’? In this fascinating book, Michael Hiltzik gives us the inside story of this remarkable metamorphosis. This is a gripping biography of Big Science and of the people who originated it.”

"An informative and thought-provoking account of the role played by the cyclotron and Lawrence’s radiation laboratory in the emergence of the military-industrial complex."

“An exciting book. . . . A bright narrative that captures the wonder of nuclear physics without flying off into a physics Neverland. . . . Big Science is an excellent summary of how physics became nuclear and changed the world.”

“20th-century science delivered a series of revolutions, none more instantaneous than the microseconds it took to explode the first atomic bomb. By framing this story—and the development of the cyclotron that made it possible—from the Lawrence/Livermore perspective rather than the Oppenheimer/Los Alamos perspective that has dominated most accounts, Michael Hiltzik sheds fresh light on the transition from small science to big science that we take for granted today. Especially timely is a fascinating account of Lawrence’s attempt to return to small science: how do you encourage a small group of scientists to produce big results, rather than the other way around?”

– George Dyson, author of Turing's Cathedral: The Origins of the Digital Universe

Ernest Lawrence and the Invention that Launched the Military-Industrial Complex