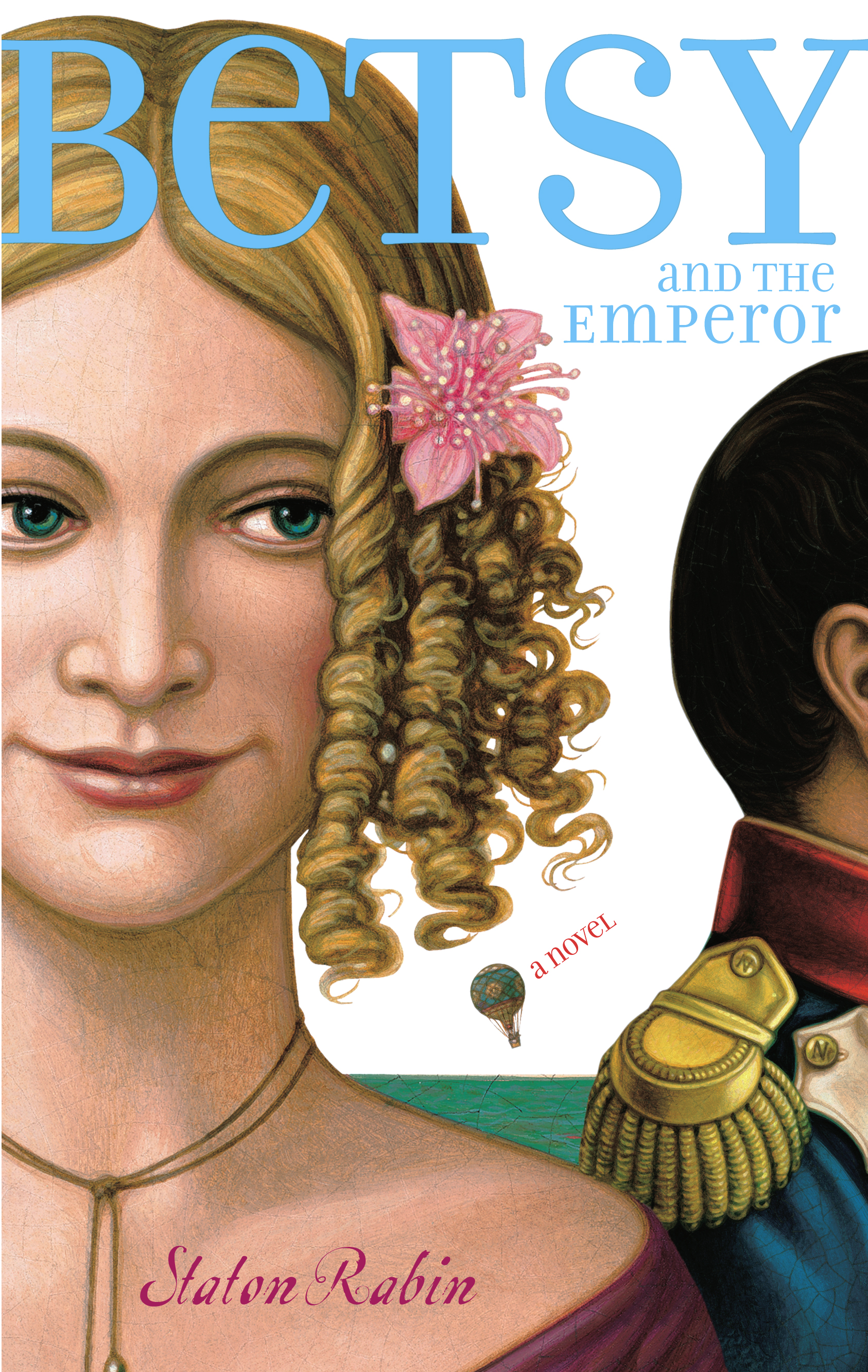 Betsy and the Emperor

"Think, my dear -- just think what it will be like, to be known as the girl who freed the great Napoleon Bonaparte!"

Fourteen-year-old English girl Betsy Balcombe and her family have a most unusual house guest: Napoleon Bonaparte, former emperor of France and the most feared man on earth. Once lord and master to eighty-two million souls, now in 1815, Napoleon is a captive of the British people. Stripped of his empire and robbed of his young family and freedom, he is confined to the forbidding, rat-infested island of St. Helena, where a cruel jailer and more than two thousand British troops guard his every move.

The one bright star in Napoleon's black sky is Betsy, a blazingly rebellious teenager whose family is reluctantly housing the notorious prisoner. Betsy is the only foreigner Napoleon's ever met who is not impressed by him and doesn't tremble at the sight of him -- and Napoleon is more than intrigued.

After fits and starts, a most remarkable friendship develops between Betsy and the emperor -- a friendship that transcends age and politics. As Betsy develops from a gangly, tomboyish girl to a blossoming young woman, this unexpected and wonderful alliance survives inevitable gossip and growing pains, giving Betsy the courage to pursue her dreams -- and Napoleon the courage to face his dark future. It also inspires Betsy to hatch a daring and dangerous plan on Napoleon's behalf, a scheme that could threaten both of their lives and shake entire empires to their foundations.

Based on true events, Staton Rabin's story blends humor, adventure, and poignant drama, vividly revealing new insights into the heart and mind of one of the most towering, fascinating historical figures of our time -- and tells a tale of hope and bravery that will inspire readers to their own heights of courage.

I opened my bedroom window and inhaled -- deeply, joyfully. That familiar, intoxicating odor: night on St. Helena. The sickly-sweet smell of guava and roses hung in the air like ether, just as I'd remembered it. Who would have thought I'd be so glad to return to the place my father and his navy comrades called "Hell in the South Atlantic"?

It was the autumn of 1815. I had been home again at the Briars just three days, from Hawthorne Boarding School in London. I'd shocked my parents by not misbehaving once since my return to St. Helena. Perhaps they believed the knuckle-rapping, head-thumping headmistress of Hawthorne had finally knocked some sense into their younger daughter. I began to wonder it myself. Blast! Had I lost my sense of adventure? Would I go soft and ladylike and marry some vain, boot-polished officer of the Fifty-fourth Regiment or His Majesty's Navy -- as my sister Jane hoped to do?

Just then two booms of the cannon from the port at Jamestown -- the signal for a ship's arrival -- broke the stillness. And I knew I remained the Betsy Balcombe of yore. Older, yes. Wiser, perhaps. But never, never willing to settle for a life that's "Tedious-as-Hell in the South Atlantic"!

I threw on my bed jacket and grabbed hold of my ladder -- the vine that had, over the years, crept bravely up the red brick walls of the Briars and to the very edge of my windowsill. It was many a night that the vine had been my ladder to adventure. Thank heaven Toby hadn't trimmed it back during my long absence!

I slipped a little as I climbed out the window, and Jane woke with a start. She gave a quiet, girlish scream. I looked over at her, and she was sitting up in her white lacy canopy bed, the covers pulled tight under her chin. I had one leg out the window. My sister glared at me, stern as the headmistress of Hawthorne.

"Still the little tattler," I said, shaking my head. Jane was sixteen -- two years older than I; old enough to keep secrets.

"You're going into Jamestown, aren't you?"

"Go back to sleep, Jane. If you don't, you'll make your eyes all puffy and you'll turn ugly so none of the young officers will want to marry you."

It was too late for her to stop me. I was already out the window and halfway down the vine. Jane would never think of spoiling her pretty hands by attempting to climb down after me.

I jumped the last few feet to the ground. Then I peered around the corner of the Briars to see who was about. Most of our slaves had already returned to their cabins for the night. Most of the soldiers had turned in too, though there seemed to be a few more sentries on watch than usual.

I rounded the corner of the Briars and dashed to the moon-shaded side of the Pavilion veranda. Suddenly, I heard footsteps in the dank leaves nearby. I froze, listening, trying to quiet my winded breathing so it wouldn't betray me.

Toby! I'd forgotten the old man liked to stroll by night in the gardens he tended by day. He liked to drink a bit of the island rum too. Not enough to get drunk, though. I breathed a sigh of relief.

"Yes." I still couldn't see him, but I smelled the rum on his breath. I knew he'd be smiling broadly at me with those remarkably white teeth I used to think were a string of pearls from the seas off his native Haiti.

"Miss Jane with you?"

I laughed. "What do you think?"

Toby had been with my family for years and had seen Jane and me grow up. But I knew I was his favorite -- even more than the boys.

After a moment he whispered hoarsely: "Ship is here, in Jamestown. Do you know?"

"I heard the signal."

Toby fell silent. Then he sighed and whispered seriously: "All will be very different, St. Helena now. Everything soon change, missy, yes?"

I didn't know what Toby meant. He often said things that sounded mysterious. I knew the island slaves to be very superstitious, so I never took much notice.

"Your papa ask me to cut vines all over," he said with a chuckle. "I leave the one outside missy's window for you coming home."

So Toby knew how I'd escaped from my room at night, and he'd kept my secret! I'd always felt he was one of the few people who understood me.

"Hush!" he whispered. "You wake family all, no Jamestown, no ship to see for missy."

"Good night, Toby," I whispered back, and ran toward Jamestown.

A Guide for Reading Groups
Betsy and the Emperor
By Staton Rabin
About the Book
"An engaging novel..." -New York Times Book Review
Based on true events, Betsy and the Emperor tells the story of fourteen-year-old Betsy Balcombe and her friendship with Napoleon Bonaparte. Once the emperor of France, now in 1815, Napoleon is a captive of the British people. During his confinement on St. Helena, a remote island in the South Atlantic, Napoleon is made to live with the Balcombe family. Young Betsy is the only foreigner he has ever met who is not afraid of him, and Napoleon is intrigued. Rabin's story reveals new insights into the heart and mind of one of the most towering, fascinating historical figures of our time -- and tells a tale of hope and bravery that will inspire readers to their own heights of courage.

About the Author
Staton Rabin has a B.F.A. in film from New York University. In addition to writing for children, she is a screenwriter; a popular speaker about the art, craft, and business of writing for film; and a veteran story analyst for Scr(i)pt magazine, screenwriters, and producers. Staton Rabin lives in Irvington, New York.
Note: Betsy and the Emperor can be used by history teachers as a tool for teaching French and Napoleonic history. In addition, it may be used by English teachers to encourage reading followed by thoughtful reflection as well as providing ideas for writing exercises. As you use this guide, look for the (H) to denote questions of particular interest to history teachers and the (E) for English teachers. 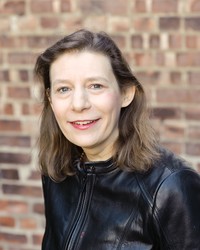 Staton Rabin has a B.F.A. in film from New York University. In addition to writing for children, she is a screenwriter; a popular speaker about the art, craft, and business of writing for film; and a veteran story analyst for Scr(i)pt magazine, screenwriters, and producers. Staton Rabin lives in Irvington, New York.

"An interesting and intimate look at the life of one of history's most famous men."
-- School Library Journal

Betsy and the Emperor