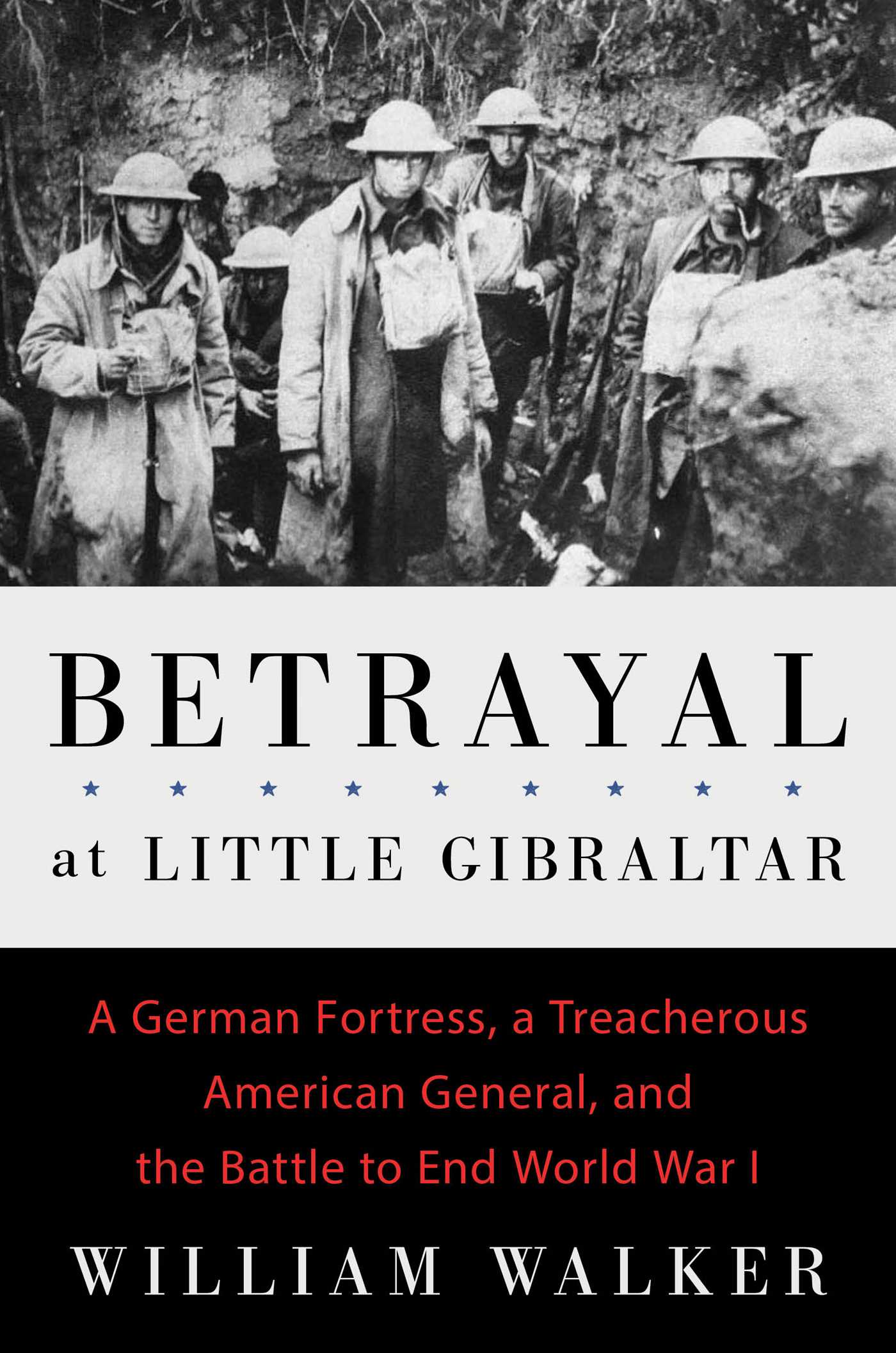 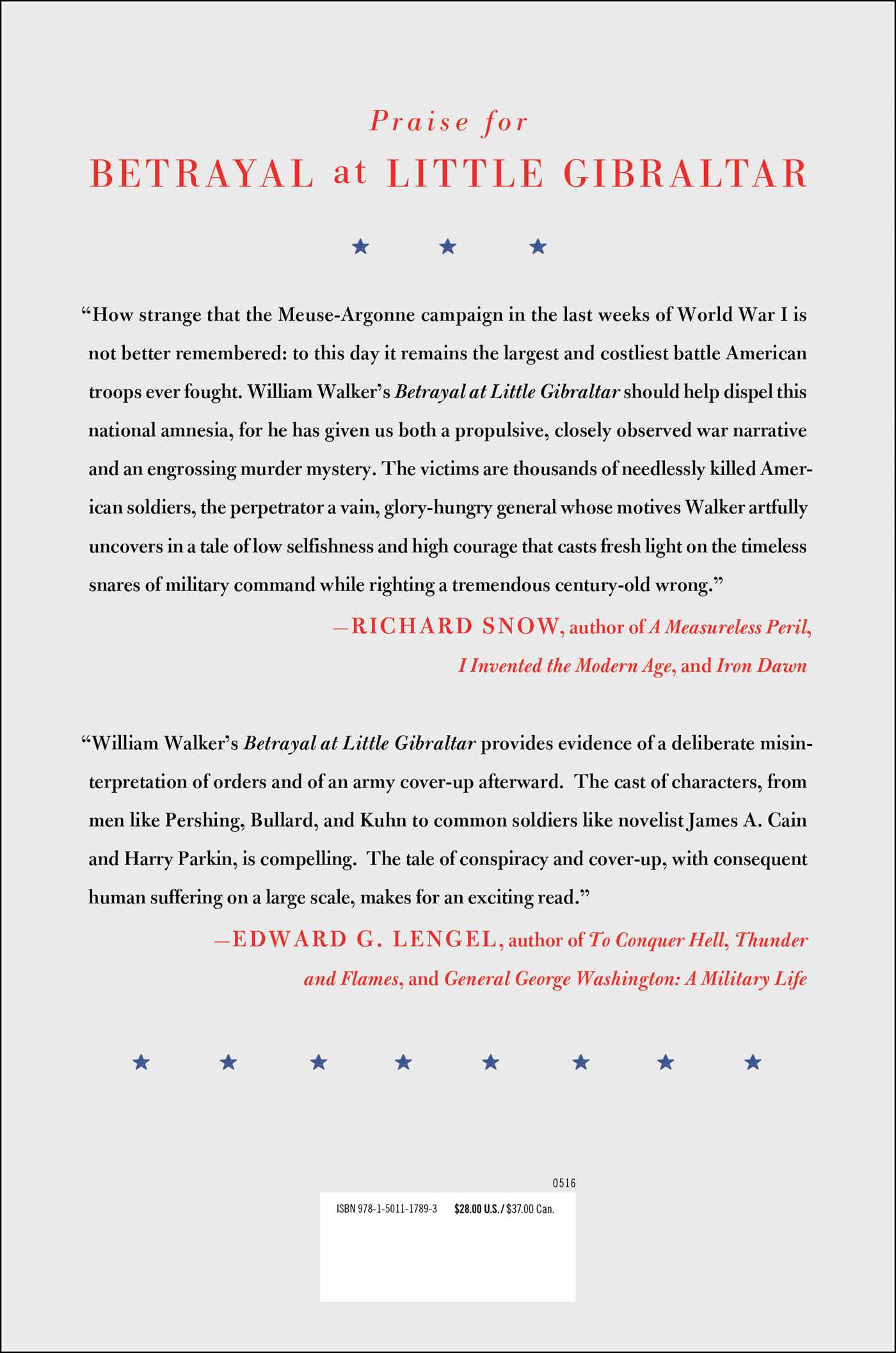 A German Fortress, a Treacherous American General, and the Battle to End World War I

The work of a lifetime: A vivid, thrilling, and impeccably researched account of America’s bloodiest battle ever—World War I’s Meuse-Argonne Offensive—and the 100-year-old cover-up at its heart.

The year is 1918. German engineers have fortified Montfaucon, a rocky butte in northern France, with bunkers, tunnels, trenches, and a top-secret observatory capable of directing artillery shells across the battlefield. Following a number of bloody, unsuccessful attacks, the French deem Montfaucon impregnable and dub it the Little Gibraltar of the Western Front. Capturing it is a key to success for AEF Commander-in-Chief John J. Pershing’s 1.2 million troops. But a betrayal of Americans by Americans results in a bloody debacle. Now William T. Walker tells the full story in his masterful Betrayal at Little Gibraltar.

In the assault on Montfaucon, American forces become bogged down, a delay that cost untold lives as the Germans defended their lofty positions without mercy. Years of archival research demonstrate that the actual cause of the delay was the disobedience of a senior American officer, Major General Robert E. Lee Bullard, who subverted orders to assist the US 79th Division. The result was unnecessary slaughter of American doughboys and preclusion of plans to end the war early. Although several officers learned of the circumstances, Pershing protected Bullard—an old friend and fellow West Point graduate—by covering up the story. The true account of the battle that cost 122,000 American casualties was almost lost to time.

Betrayal at Little Gibraltar tells vivid human stories of the soldiers who fought to capture the giant fortress and push the American advance. Using unpublished first-person accounts—and featuring photographs, documents, and maps that place you in the action—Walker describes the horrors of World War I combat, the sacrifices of the doughboys, and the determined efforts of two participants to pierce the cover-up and to solve the mystery of Montfaucon. Like Stephen Ambrose and S.C. Gwynne, Walker writes compelling popular history. 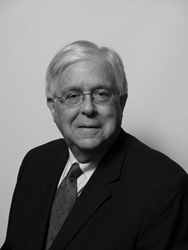 An educator and writer with a lifelong fascination for military history, William Walker grew up in Knoxville, Tennessee, exploring the Civil War forts surrounding the city. After a forty-year career in college teaching and administration, he returned to his first love of military history to investigate a pivotal incident in America’s largest and bloodiest battle, World War I’s Meuse-Argonne Offensive. Betrayal at Little Gibraltar is his first book.

"How strange that the Meuse-Argonne campaign in the last weeks of World War I is not better remembered: to this day it remains the largest and costliest battle American troops ever fought. William Walker's Betrayal at Little Gibraltar should help dispel this national amnesia, for he has given us both a propulsive, closely observed war narrative and an engrossing murder mystery. The victims are thousands of needlessly killed American soldiers, the perpetrator a vain, glory-hungry general whose motives Walker artfully uncovers in a tale of low selfishness and high courage that casts fresh light on the timeless snares of military command while righting a tremendous century-old wrong."
—Richard Snow, author of A Measureless Peril and I Invented the Modern Age

“Provocative...Mr. Walker paints an intensely personal and graphic portrait of the battle, with its new technologies of machine guns and poison gas, and of the men consumed by them.”
—The Wall Street Journal

"William Walker's Betrayal at Little Gibraltar provides evidence of a deliberate misinterpretation of orders and of an army cover-up afterward. The cast of characters, from men like Pershing, Bullard, and Kuhn to common soldiers like novelist James A. Cain and Harry Parkin, is compelling. The tale of conspiracy and cover-up, with consequent human suffering on a large scale, makes for an exciting read."
—Edward G. Lengel, author of To Conquer Hell, Thunder and Flames, and General George Washington: A Military Life

"Walker’s reconstruction of the details of the battle is nicely balanced with the stories of individual participants....A military history for all libraries."
—Library Journal

"Fascinating...a detailed, fact-filled history....For the military professional or civilian history buff, this book is an essential addition to a credible collection. Its readability is superb; maps and photos are well-chosen and expertly placed, and arcane terminology is patiently explained....As invaluable an account as Barbara Tuchman's "The Guns of August" and similar seminal works, and certainly a more fast-paced, less intimidating read."
—Virginian-Pilot

"This is one of the best new AEF books I've read. I highly recommend it."
—Peter Belmonte, Roads to the Great War: A Journal of World War I

"Betrayal at Little Gibraltar is an intriguing combination of military history and detective story sure to prove controversial among both historians and military officers.  Extensively footnoted and richly illustrated with maps and photographs, the book will undoubtedly become a must-read for those interested in World War I, particularly in the role played by the American Expeditionary Forces."
—Robert Guttman, Military History Magazine

A German Fortress, a Treacherous American General, and the Battle to End World War I