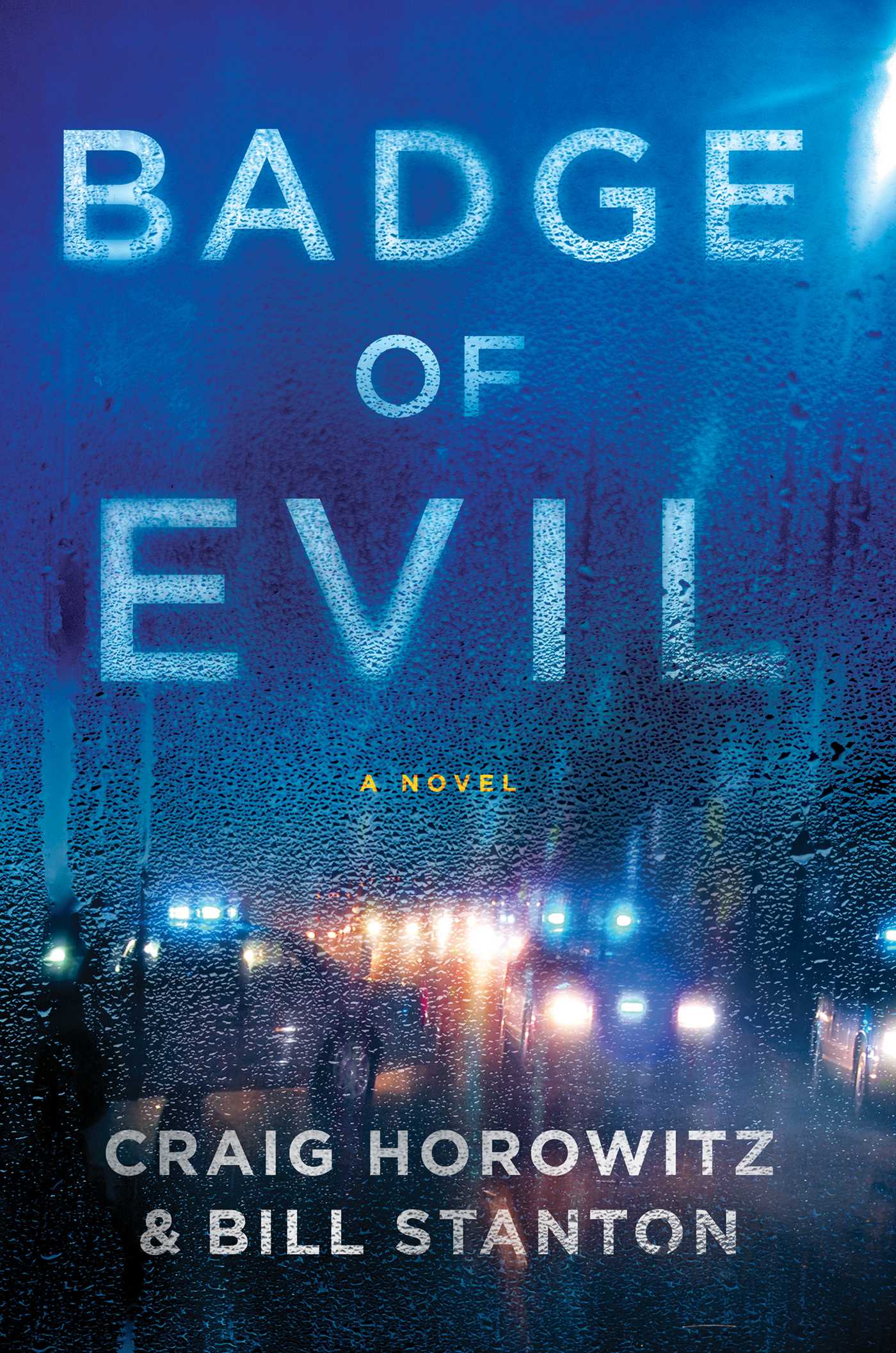 From the same deadly crucible that forged Al Qaeda and ISIS, a new terrorist plot threatens to strike at the heart of America, and it’ll take an uneasy alliance between New York’s sharpest investigative journalist and one of its toughest private eyes to take them down. Badge of Evil is the first novel in a bold new thriller series from the writing team of private investigator Bill Stanton and award-winning journalist Craig Horowitz.

All eyes are on New York City’s police commissioner Lawrence Brock after his hands-on role in a raid on a potential terrorist cell that turned into a blazing shootout. There’s even talk that he may be headed to Washington to take over Homeland Security.

Investigative journalist A. J. Ross wants to expose the ruthless opportunist behind Brock’s heroic image. Freewheeling private investigator Frank Bishop is hired by the family of the lone surviving suspect, desperate to prove the young man’s innocence. A. J. and Bishop hate each other at first sight, but they’ll need to learn to work together quickly if they want to take down the commissioner—because Lawrence Brock will do anything to ensure the dark secrets of his past remain hidden.

Badge of Evil introduces a dynamic new voice in thriller fiction, in the spirit of such bestselling authors as Harlan Coben and David Baldacci. It is a novel of our times and for our times—an all too familiar story of corruption and abuse at the highest levels, and how the lust for power can drive men to commit the most shocking acts.

“A debut thriller as fresh and timely as today's headlines — Badge of Evil grabs hold of you on page one and never lets go. Horowitz and Stanton’s smart insider look at celebrity, power, corruption and politics is one hell of a read. I hope we see more of investigative journalist A.J. Ross and private eye Frank Bishop.”

“With the specter of international terrorism playing out from the streets of Brooklyn to the inner sanctum of the White House, the frightening truth of Badge of Evil is that it's as real as it gets… and that's the scary part!”

“Boiling with intrigue, crackling with tension, and seething with suspense! Craig Horowitz and Bill Stanton navigate that unsavory human terrain where lust and ambition hold sway… Badge of Evil succeeds in being both fanciful and authentic, a rare combination indeed.”

“The stark realism of terrorism, political intrigue, violence and redemption are all played out masterfully and taken to the next level, giving the reader an inside baseball view into the city that never sleeps.”

"Terrorists! Rap stars! Drug dealers and a corrupt, out of control police commissioner! Trust me, you'll love this action-packed novel."

– David Zinczenko, New York Times bestselling author of Eat This, Not That! and The New Abs Diet