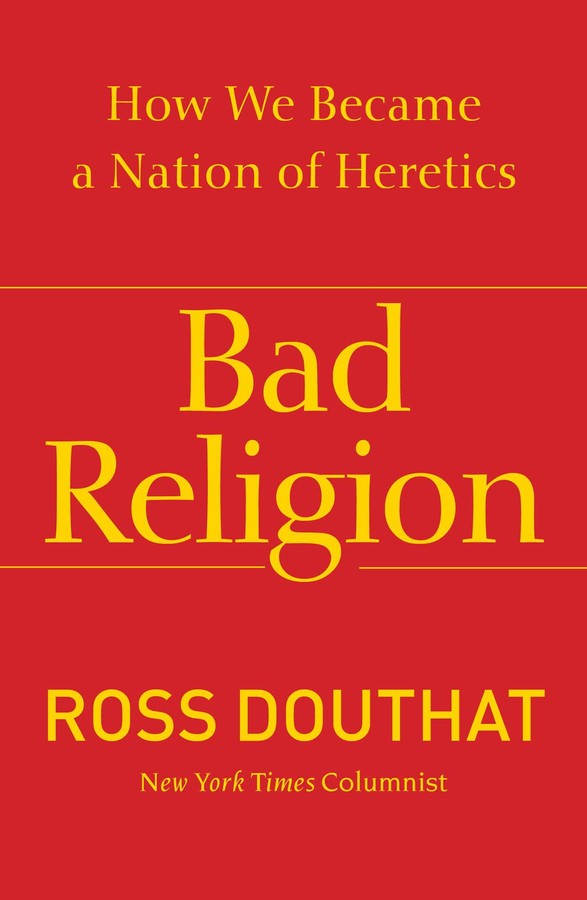 How We Became a Nation of Heretics

As the youngest-ever op-ed columnist for the New York Times, Ross Douthat has emerged as one of the most provocative and influential voices of his generation. In Bad Religion he offers a masterful and hard-hitting account of how American Christianity has gone off the rails—and why it threatens to take American society with it.

Writing for an era dominated by recession, gridlock, and fears of American decline, Douthat exposes the spiritual roots of the nation’s political and economic crises. He argues that America’s problem isn’t too much religion, as a growing chorus of atheists have argued; nor is it an intolerant secularism, as many on the Christian right believe. Rather, it’s bad religion: the slow-motion collapse of traditional faith and the rise of a variety of pseudo-Christianities that stroke our egos, indulge our follies, and encourage our worst impulses.

These faiths speak from many pulpits—conservative and liberal, political and pop cultural, traditionally religious and fashionably “spiritual”—and many of their preachers claim a Christian warrant. But they are increasingly offering distortions of traditional Christianity—not the real thing. Christianity’s place in American life has increasingly been taken over, not by atheism, Douthat argues, but by heresy: debased versions of Christian faith that breed hubris, greed, and self-absorption.

In a story that moves from the 1950s to the age of Obama, he brilliantly charts institutional Christianity’s decline from a vigorous, mainstream, and bipartisan faith—which acted as a “vital center” and the moral force behind the civil rights movement—through the culture wars of the 1960s and 1970s to the polarizing debates of the present day. Ranging from Glenn Beck to Barack Obama, Eat Pray Love to Joel Osteen, and Oprah Winfrey to The Da Vinci Code, Douthat explores how the prosperity gospel’s mantra of “pray and grow rich,” a cult of self-esteem that reduces God to a life coach, and the warring political religions of left and right have crippled the country’s ability to confront our most pressing challenges and accelerated American decline.

His urgent call for a revival of traditional Christianity is sure to generate controversy, and it will be vital reading for all those concerned about the imperiled American future. 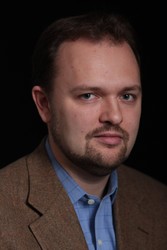 Ross Douthat is a columnist for the New York Times op-ed page. He is the author of To Change the Church, Bad Religion, and Privilege, and coauthor of Grand New Party. Before joining the New York Times, he was a senior editor for the Atlantic. He is the film critic for National Review, and he cohosts the New York Times’s weekly op-ed podcast, The Argument. He lives in New Haven with his wife and four children.

How We Became a Nation of Heretics