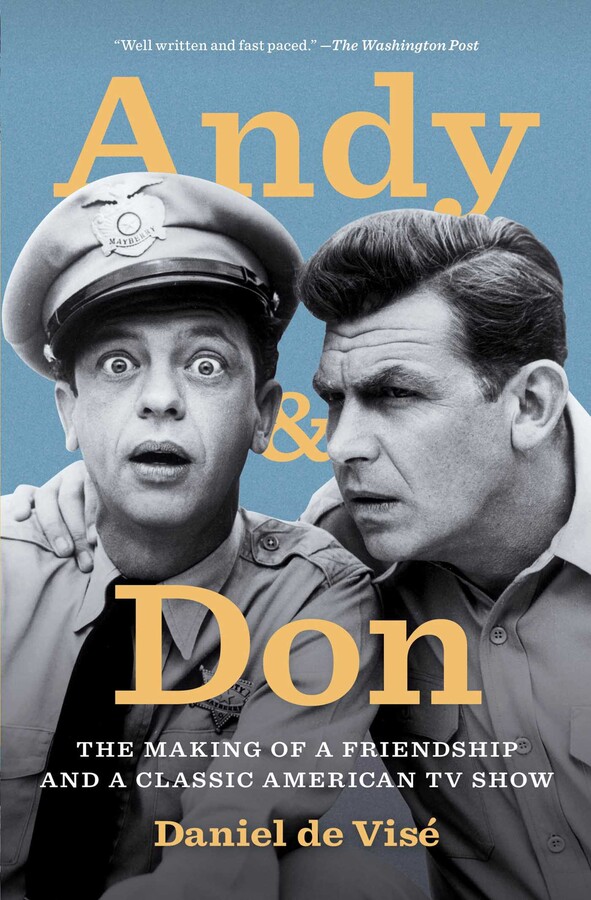 The Making of a Friendship and a Classic American

A lively and revealing biography of Andy Griffith and Don Knotts, this “humorous, informative, and poignant book” celebrates the powerful real-life friendship behind one of America’s most iconic television programs and “shows how the magic was created” (Library Journal).

Andy Griffith and Don Knotts first met on Broadway in the 1950s. When Andy moved to Hollywood to film a TV pilot for a comedy about a small-town sheriff, Don called to ask if Andy’s sheriff could use a deputy. The friendship and comedy partnership between Sheriff Andy Taylor and Deputy Barney Fife ignited The Andy Griffith Show, elevating the folksy television sitcom into a timeless study of human friendship. Together, they created a program with a uniquely small-town dynamic that captured the hearts of Americans across the country who watched these two men rocking on the front porch, meditating about the pleasure of a bottle of pop.

But behind this sleepy charm, de Visé’s exclusive reporting “captures the complexity of both men and the intimacy of their friendship with extreme detail and sensitivity” (Publishers Weekly), from unspoken rivalries, passionate affairs, unrequited loves, struggles with the temptations of fame, and friendships lost and regained. Although Andy and Don ended their Mayberry partnership in 1965, they remained best friends for the next half-century.

Written by Don Knotts’s brother-in-law, Andy and Don is “a rewarding dual biography that is also a lively look inside the entertainment industry in the latter half of the twentieth century” (News & Observer). Entertaining and provocative, it “captures a golden moment in modern Americana. You’ll not only return again to Mayberry, you’ll feel as though you’ve never left” (Tom Shales, Pulitzer Prize–winning television critic). 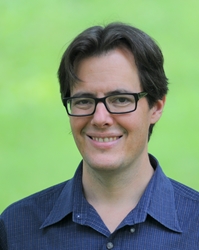 Daniel de Visé is an author and journalist who has worked at The Washington Post, The Miami Herald, and three other newspapers in a twenty-four-year career. His investigative reporting has twice led to the release of wrongly convicted men from life imprisonment; he shared a 2001 Pulitzer Prize. A graduate of Wesleyan and Northwestern universities, de Visé lives with his wife and children in Maryland. He is the author of I Forgot to Remember (with Su Meck) and Andy and Don.

“A lilting labor of love, a book that captures a golden moment in modern Americana. You'll not only return again to Mayberry, you'll feel as though you've never left.”

“This delightful book, written by Knotts’ brother-in-law, traces the production of the series and the friendship of its two leads, a friendship that continued long after the actors went in different career directions, right up to Knotts’ death in 2006.... A well written, respectful, and informative look at a classic TV show and the two friends who made it great. Delicious comfort food for boomers and, really, anyone with cable.”

“An intimate look into the lives of two thoroughly unique human beings who became not only household names but icons. What a thrill to take a peak down the alleys of Mayberry and beyond.”

“De Visé, Knotts’ brother-in-law, has written a rewarding dual biography that is the definitive story of their friendship.... As a story about a TV show and a creative partnership, Andy and Don satisfies. It’s also a lively look inside the entertainment industry in the latter half of the 20th century. But more than anything, it’s the story of a beautiful friendship.”

“The perfect holiday gift for your aunt, uncle, grandma, or hipster niece, this well-written, often eloquent chronicle is just what fans of the show have waited for. Every fan of The Andy Griffith Show – and the great actors and writers who made it come alive – will treasure it.”

"A delightful, affectionate tribute to the show, and to the two stars whose unique chemistry, both on and off the screen, was the key to its enduring appeal."

“Andy Griffith and Don Knotts are one of the most famous comedy duos in America, and in this tender tribute, De Visé, Knotts’s brother-in-law, chronicles their relationship.... De Visé offers an intimate look at the lives of these two stars, and his access is invaluable to understanding their lifelong friendship. He captures the complexity of both men and the intimacy of their friendship with extreme detail and sensitivity.”

"This is the book about The Andy Griffith Show you didn't know you needed. De Visé shows that Griffith and his equally famous sidekick were far more complicated, troubled—and interesting—than their public personae ever let on."

– Jennifer Keishin Armstrong, author of Mary and Lou and Rhoda and Ted

“An engaging, well-researched portrait of what made one of the great comedy duos of the television age tick.”

“This book by a Knotts in-law shows how the magic was created.... The author chronicles their parting of ways, career and marital ups and downs, cast reunions of the old show, and later their reteaming in Griffith's popular series Matlock. De Visé examines the childhood, early careers, and outsize ambitions of both men, explaining why their chemistry made them click. By turns humorous, informative, and poignant.”

“Veteran journalist de Visé returns with a plethora of memories about actors Andy Griffith and Don Knotts, who propelled The Andy Griffith Show to enormous popularity in the 1960s.... As the author reminds us, the show about rural Mayberry remains in the popular culture: it's never been off the air, he writes, and Mount Airy, North Carolina, continues to profit from fans' visits and its annual ‘Mayberry Days.’”

“Well-researched and discerning, Andy and Don shows us Griffith in both darkness and light: a haunted, powerful actor as well as the gentlest of comic straight men.”

“The true story of Andy Griffith's and Don Knotts's incredible friendship. A penetrating and moving tribute.”

“Andy and Don will be a must for any Andy Griffith Show fan and anyone with a taste for showbiz gossip.”

“A well-written and heavily sourced book with details that may be new or even surprising to some fans.”

“Put this book on your holiday list for your favorite Griffith-Knotts fans.”

“This is the story of their friendship, filled with laughter and stories about this classic TV pair. Andy and Don is a must read for any Andy Griffith Show fan.”

The Making of a Friendship and a Classic American