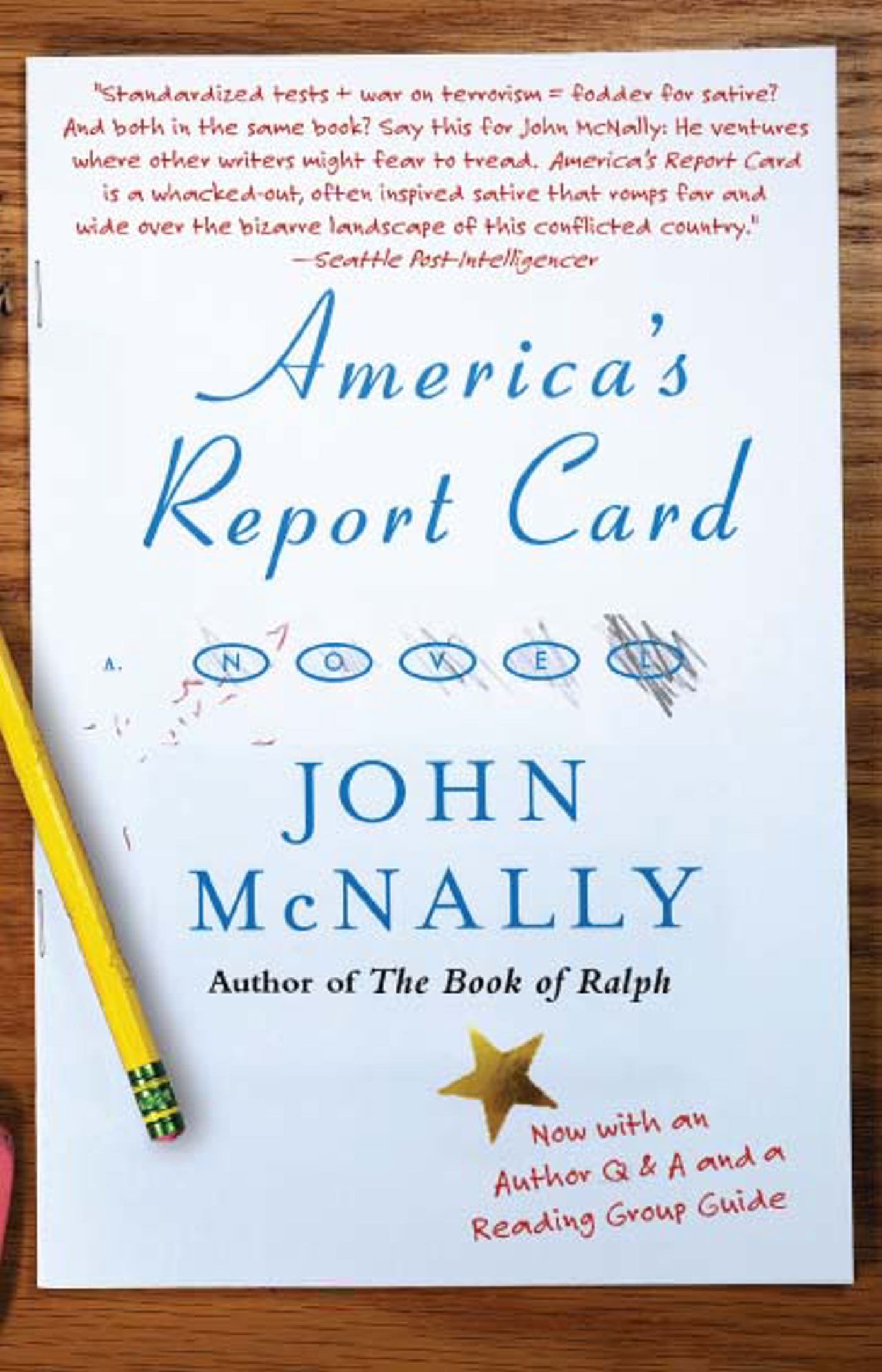 America's Report Card offers a brilliant vision of contemporary American life that is frightening, darkly hilarious, and tinged with satire. John McNally tells the story of two unlucky people who forge an improbable yet possibly life-saving connection in a world overshadowed by the Patriot Act and No Child Left Behind -- a world in which hulking government bureaucracies and vast corporations join forces to numb the populace into apathy with various standardization and surveillance programs. But McNally sees hope in the daily experiences of his characters: sometimes, haphazardly, by going about their own very particular lives, people circumvent the official program and begin to actively claim lives of freedom and dignity. America's Report Card is an arresting and humane portrait of life taking place in the margins, outside the stunted imagination of government and media.

As in his critically acclaimed novel The Book of Ralph, McNally dazzles with characters like Jainey O'Sullivan -- a lonely, confused, purple-and-green-haired sometime truant, Jainey cares so little about high school that on her final standardized test, she writes an essay heaping scorn on the test administrators even as she asks her faceless reader for help. Charlie Wolf leads a fairy-tale graduate student life, with just enough money and clout to keep him in books, vodka, a threadbare apartment, and a beautiful, intellectual girlfriend. But the bohemian dream starts to crumble when Charlie takes a job scoring standardized tests and finds himself surrounded by people who are either plodding blindly along or caught up in wild conspiracy theories. When Charlie and Jainey stumble upon one another, they also stumble upon their own bravery and compassion. They try to protect each other from their habitual bad luck and the shadowy threats lurking at the edges of their lives, and what ensues doesn't follow any prescribed course.

The official version of American life today may get the broad strokes and primary colors right, but America's Report Card reveals how the government and the media overlook the corners and shadows where our individual realities unfold all too often in chaotic, precarious, and bewildering ways. This wholly original, wildly entertaining novel mirrors our part in the dark but frequently redemptive comedy that is life.

Book Description:
America's Report Card is a hilarious, humane, astute portrait of folly, longing, and luck set against the current political polarization of this country. Humor, compassionate insight, and cultural commentary infuse this story of two hapless individuals who, improbably, bring out one another's humanity and intelligence, saving them from their own recklessness and bad luck. Jainey O'Sullivan, a comic book artist extraordinaire, is a seventeen-year-old with purple and green hair. Recently she has been feeling especially aimless and alone: she's been skipping school, and her favorite art teacher dies under what Jainey considers suspicious circumstances. On her final standardized test, America's Report Card, she tells the government exactly what she thinks of its stupid testing and she issues a plea for help addressed to her nameless test scorer. Meanwhile, in Iowa City, recent film school grad Charlie Wolf's life is falling apart. But as a standardized test scorer who happens upon Jainey's essay, he seizes on her as someone in need of rescue. When they eventually meet, Charlie and Jainey forge a strange, tentative connection that neither would have expected but that proves crucial to both their lives.
With its unlikely yet extremely likeable heroes and its subtle, humorous take on American paranoia in the age of the Patriot Act, America's Report Card reflects back at us, personally and as a culture, our part in the dark but frequently redemptive human comedy. 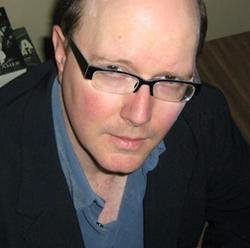 John McNally is the author of two novels, The Book of Ralph and America's Report Card, and a short story collection, Troublemakers. His next book, Ghosts of Chicago, a collection of short stories, will be published this fall. A native of Chicago, he lives with his wife, Amy, in North Carolina, where he is associate professor of English at Wake Forest University. The first word he ever spoke was "Batman," who has remained, in his darker incarnations, his favorite superhero. John's first creative work, a play written in the fourth grade, featured an overweight superhero who gets stuck inside a phone booth while changing into his costume. He is happy to return to the genre, albeit thirty-four years later.

"At last -- a post-9/11 novel with imagination, guts, and integrity, and one that actually shows real people being sucked into the American nightmare. John McNally is a marvelous writer and should be applauded for producing this timely, stylish, and often hilarious book. This is Don DeLillo's White Noise for the overeducated, underemployed generation of Americans who, for the first time ever, will be poorer than their parents." -- Irvine Welsh, author of Trainspotting

"It has been a long time since I've been so excited, provoked, and haunted by a novel as I have been by America's Report Card. I want to run out and buy multiple copies -- for my kids' teachers, my co-workers . . . even my stupid senator. I flat-out can't wait to talk about this book, which is a brilliant, laugh-out-loud satire of contemporary American life with a tender, angry heart and enormous compassion for the little guy. You've got to read it. John McNally is emerging as one of the best American writers of the new century." -- Dan Chaon, author of You Remind Me of Me and Among the Missing

"In America's Report Card, John McNally takes on domestic espionage, the American school system, and the mutative nature of love. Brilliantly written, McNally's unblinking novel is an earnest and hilarious portrayal of the American psyche at its worst and its best." -- Erika Krouse, author of Come Up and See Me Sometime

"John McNally's new novel is keenly biting social satire -- but with a living human heart inside its armor of wit. America's Report Card will leave you both laughing and wondering." -- Madison Smartt Bell, author of The Stone That the Builder Refused

"This is a great book. In America's Report Card, John McNally manages to be fierce and funny, darkly strange and completely relevant. For all the bottled rage in this book, it is ultimately a story about human connection, and an enduring one at that." -- Tom Barbash, author of The Last Good Chance and On Top of the World