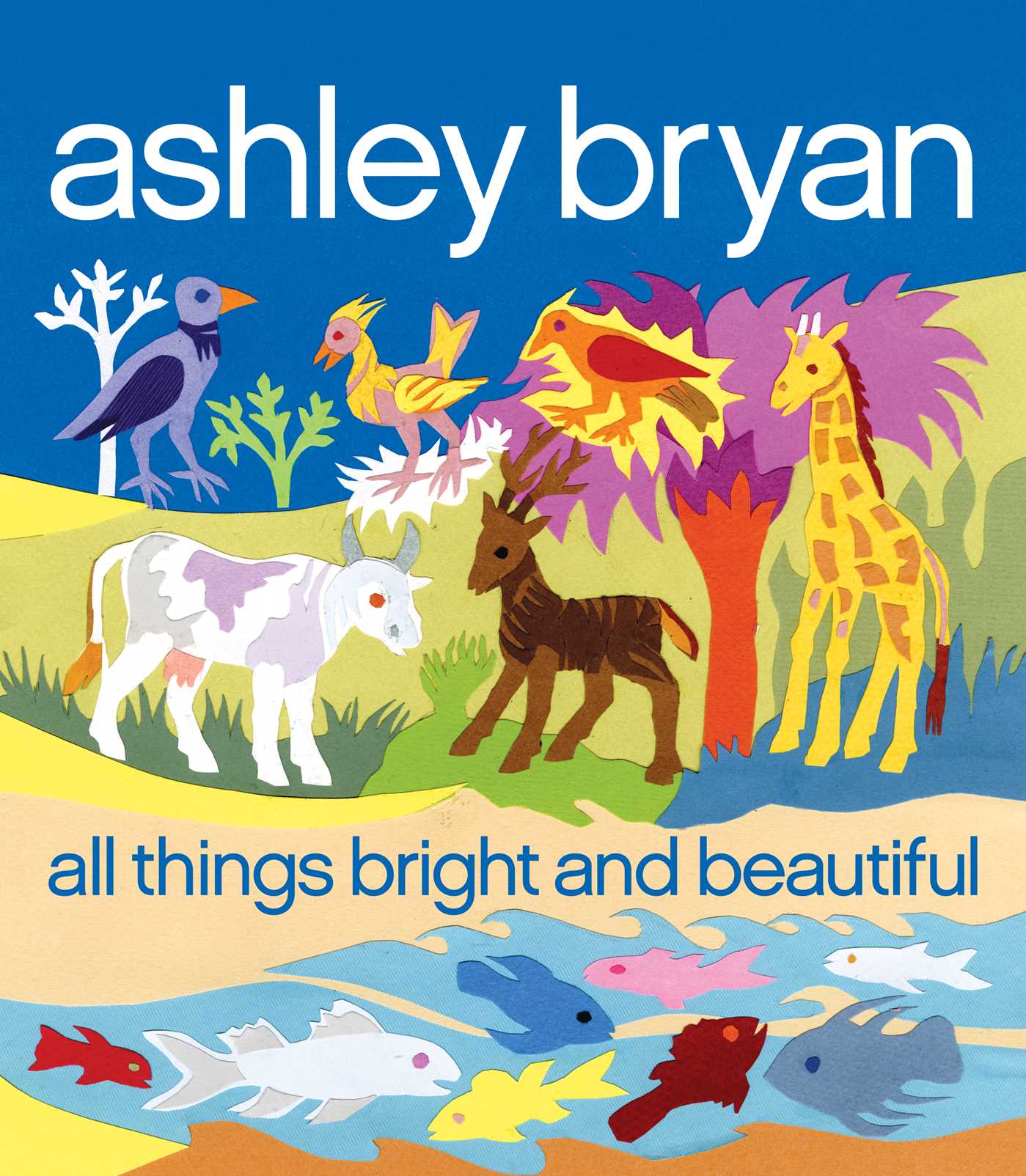 All Things Bright and Beautiful

All things bright and beautiful; all creatures great and small; all things wise and wonderful, the incredible Ashley Bryan illustrates them all!

Cecil Frances Humphreys Alexander (1818-1895) was an Irish hymn writer and poetess.  Born in Dublin, Ireland in the 1800’s, she first began writing verse when she was a little girl.  Mrs. Alexander would eventually write over 400 hymns and many poems.  The welfare of children was deeply important to her.  She donated the proceeds from her book Hymns for Little Children from which All Things Bright and Beautiful comes, to help build and maintain a school for children who were deaf or mute. In addition to All Things Bright and Beautiful Mrs. Alexander’s hymn There is a Green Hill Far Away and the Christmas carol Once in Royal David’s City are sung and celebrated all around the world. 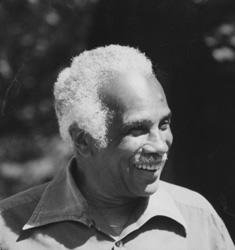 Ashley Bryan grew up to the sound of his mother singing from morning to night, and he has shared the joy of song with children ever since. A beloved illustrator, he was recently named a Newbery Honoree for his picture book, Freedom Over Me. He has also been the recipient of the Coretta Scott King—Virginia Hamilton Lifetime Achievement Award; the Laura Ingalls Wilder Award; has been a May Hill Arbuthnot lecturer; a Coretta Scott King Award winner; and the recipient of countless other awards and recognitions. His books include Freedom Over Me; Sail Away; Beautiful Blackbird; Beat the Story-Drum, Pum Pum; Let It Shine; Ashley Bryan’s Book of Puppets; and What a Wonderful World. He lives in Islesford, one of the Cranberry Isles off the coast of Maine.

Bryan’s artwork is at its best in this interpretation of the title’s famous hymn, written by nineteenthcentury Irish poet Cecil Alexander to a seventeenth-century melody. The bright, swirling, colored-paper collage images focus on earth’s creatures, in the sea, on land, and in the sky, as well as on the connections between them. The images come to a climax in a gorgeous, double-page spread of two young girls, one black, one white, celebrating who they are and what they see in the world: children, flowers, mountains, trees, stars, the moon, and the sun. Using the musical score printed on the last page, grown-ups can sing along as they share the book with young kids, who will want to point to the small details in every scene even as they absorb the sweeping sense of the interconnected world. From deep-sea views of a whale and fish to soaring scenes of a purple mountaintop, the rainbow theme is constant and extends to pictures of an arch that fills the sky and beams that glow from the open pages of a book. On other spreads, children of all races celebrate sunset and morning, the winter wind and summer sun, and lush gardens, with the words that God almighty made them all. A beautiful celebration of the elemental creation story. — Hazel Rochman, BOOKLIST, March 1, 2010, STAR

Bryan elevates a beloved hymn to new heights in this joyful treatment of Alexander’s classic song. This hymn has been interpreted by artists such as Anna Vojtech (NorthSouth, 2006), Bruce Whatley (HarperCollins, 2001), and others, but Bryan’s multicultural celebration of God and creation bursts with originality and contemporary appeal. Cut-paper collages in cheerful hues depict scenes of people, animals, and nature. Each illustration holds its own, as there are no weak links here. Opening with a sunburst Ferris wheel full of adults and children of many nations and ending with the multicolored hands of the Creator reaching down from the sky, the artist has created a masterpiece in which art and text work together. Bryan includes images of his mother’s scissors (which he now uses) on the endpapers, along with an illustrator’s note and musical notation. This is a memorable interpretation that’s rich in color and detail.–SLJ, April 1, 2010

All Things Bright and Beautiful