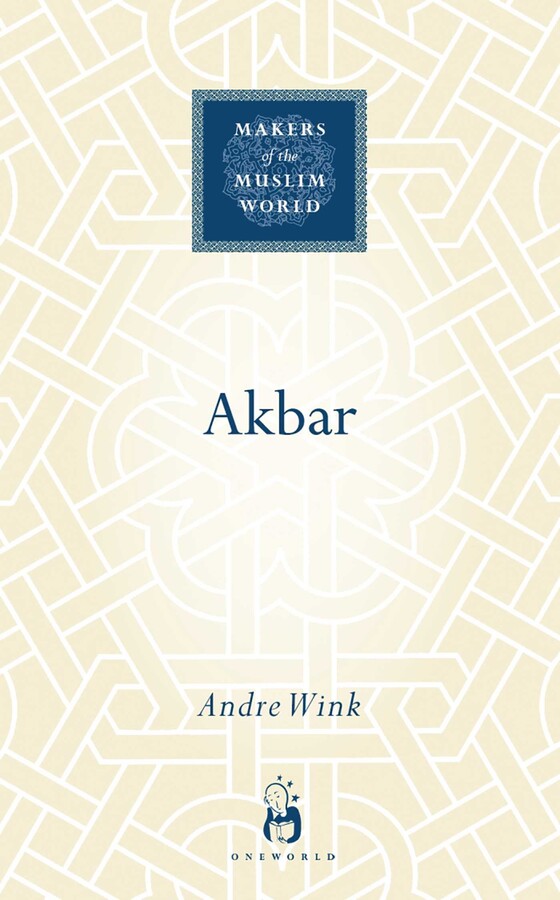 Part of Makers of the Muslim World
By Andre Wink
LIST PRICE: AU$ 31.99
PRICE MAY VARY BY RETAILER

The greatest of the Mughal emperors, Jalal ad-Din Akbar (1542-1603) was a formidable military tactician and popular demagogue. Ascending to the throne at the age of thirteen, he ruled for half a century, expanded the Mughal empire, and left behind a legacy to rival his infamous ancestors Chinggis Khan and Timur. Renowned for his attempts to integrate the diverse religious heritage of India, he was a true polymath who although illiterate was widely active in a number of intellectual pursuits.

In this fascinating biography, Andre Wink provides glimpses into Akbar’s daily life and highlights his contribution to new methods of imperial control, surveillance and record-keeping. Contrasting his reign with those of his nomadic Mongol ancestors, this lucid study is an essential read for anyone interested in the history of India and South Asia.

1 DIVINE NURSLING OF THE GARDEN OF SOVEREIGNTY

Separated from his parents

The conquest of Gujarat

Kabul, the North-West Frontier, and the “Great Game” of the sixteenth century

The conquest of Bengal

4 CLOUDS AND ELEPHANTS AND MUD

From Chingis Khan to Akbar: the rise of Mughal civilization in the sixteenth century

The emperor never wastes his time

6 MAKER OF THE INDO-MUSLIM WORLD

The imperial political system and its Indian foundations

Land revenue and the peasantry

The Religion of God

After Akbar: the demise of the Religion of God

ndre Wink is Professor of History at the University of Wisconsin-Madison.

Part of Makers of the Muslim World
By Andre Wink
LIST PRICE: AU$ 31.99
PRICE MAY VARY BY RETAILER

More books in this series: Makers of the Muslim World