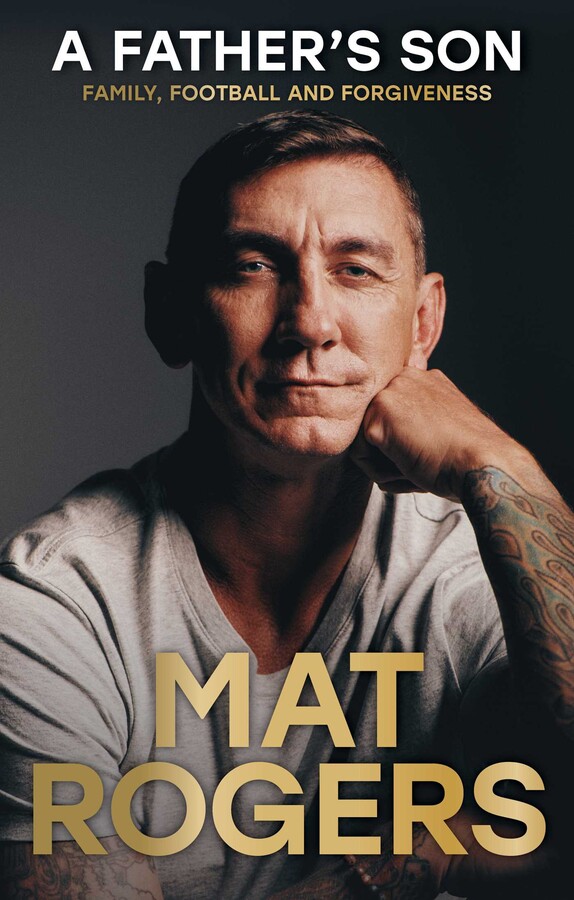 Mat Rogers is an Aussie footy legend and TV star who has triumphed over hardship, loss and heartache. He is finally ready to share his powerful life story.

He is one of the most talented footballers of the modern era and a dual international in rugby league and rugby union. But for a long time, Mat Rogers lived in both the shadow and the thrall of his famous father, and their complex relationship shaped him in ways he couldn’t fathom. Craving paternal acceptance while determined to carve out his own identity and, later, to avoid repeating the sins of the father, he veered between periods of jubilation and depression, fulfilment and despair. Now, in his majestic, evocative autobiography, Rogers tells the story of a life framed by triumph and tragedy, a life in which, ultimately, he finds purpose and contentment in a harsh world.

With its cracking pace and unvarnished frankness, A Father’s Son will be widely read and difficult to forget. Though by and about a celebrated footballer, it is so much more than another athlete’s memoirs. In spare, vivid prose, Rogers reveals how his teenage years were marked by periods of rebellion and self-destructive behaviour. Then, at age 20, he became a father to son Jack before he had finished his own journey into adulthood. By 22, he was married to first wife Michelle with another child, daughter Skyla, following shortly after. As well as discussing the experience of having a family while still a young man, Rogers also recounts the challenges that have defined his life off the sports field – the impact of losing both his parents in tragic circumstances and the experimental neck surgery he underwent in 2007, ending years of debilitating pain.

Rogers’ story is one of a man who rises to the difficulties life sends his way. The discovery that his son Max is autistic prompted him and second wife Chloe to co-found charity 4 ASD – and he talks passionately about the work he has done to raise awareness of a subject so close to home. That fighting spirit introduced Rogers to an even greater number of Australians who watched the sporting legend thrive on Australian Survivor. Across two memorable appearances on the reality TV series, he impressed viewers with his ability to combine his competitive spirit with his desire to play with heart. That duality, which defines Rogers' life, shines through in A Father’s Son. 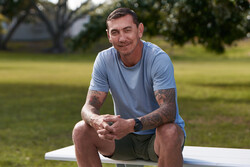 MARK SULLIVAN-BRADLEY
Mat Rogers
Mat Rogers played either rugby league or rugby union professionally from 1994 to 2011. In rugby league, he was a standout performer for the Cronulla Sharks and later the Gold Coast Titans. He also played five State of Origin matches for Queensland and 11 Tests for Australia. In rugby union, he played 40 matches for the NSW Waratahs and 45 Tests for the Wallabies. As a winger, fullback or five-eighth, Rogers was fast, elusive, skillful, indefatigable and a prolific point-scorer. He won over a new generation of fans with two memorable stints on the reality television show Australian Survivor and now focuses on his charity, 4 ASD Kids, which fundraises for children with autistic spectrum disorders. He lives on the Gold Coast with his wife, Chloe, and their children, Max and Phoenix. He has two older children, Jack and Skyla, from a previous marriage.