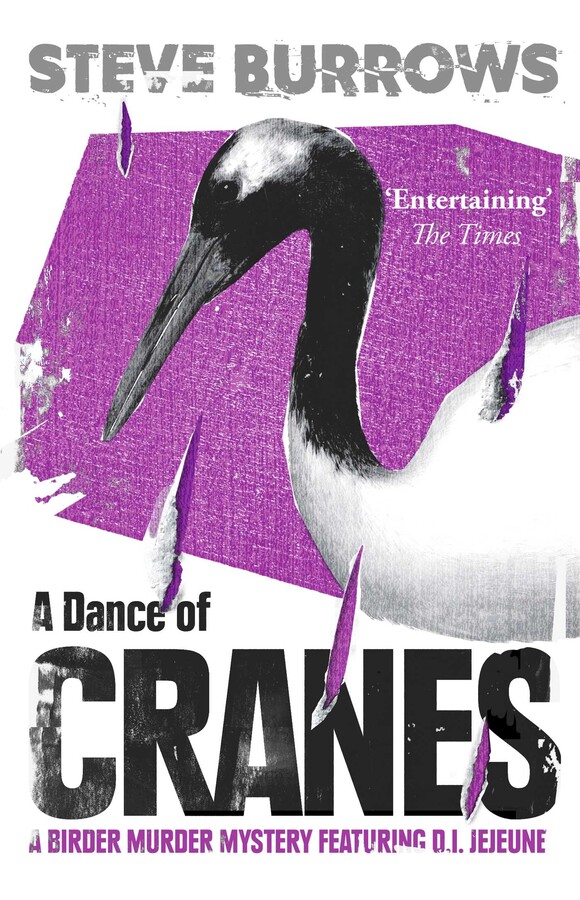 A Dance of Cranes

Newly estranged from his girlfriend, Lindy Hey, Inspector Domenic Jejeune returns to Southern Ontario, where he receives news that his brother, Damian, has gone missing in Wood Buffalo National Park while conducting research on Whooping Cranes. Domenic immediately heads out to try to find him.

Back in the U.K., Jejeune's plan to protect Lindy has failed, and she has been kidnapped by his old foe, Ray Hayes. Jejeune's trusty sergeant, Danny Maik, tracks down Lindy, but there is far more to the situation than he anticipated. With Lindy in imminent danger, Maik is forced into a desperate rescue attempt.

Will either of them survive? And if so, can they find their way back to each other?

'Burrows has the ability to make the North Norfolk coast come alive in a way that few other authors have managed.'

Praise for the Birder Murder Mysteries:

'A murder plot built around birdwatching doesn’t, at first, seem plausible or even possible. But Burrows pulls it off... Riveting from first page to final line.' Globe and Mail

'A suspenseful and well-crafted mystery perfect for the beach.’ Morning Star

A Dance of Cranes