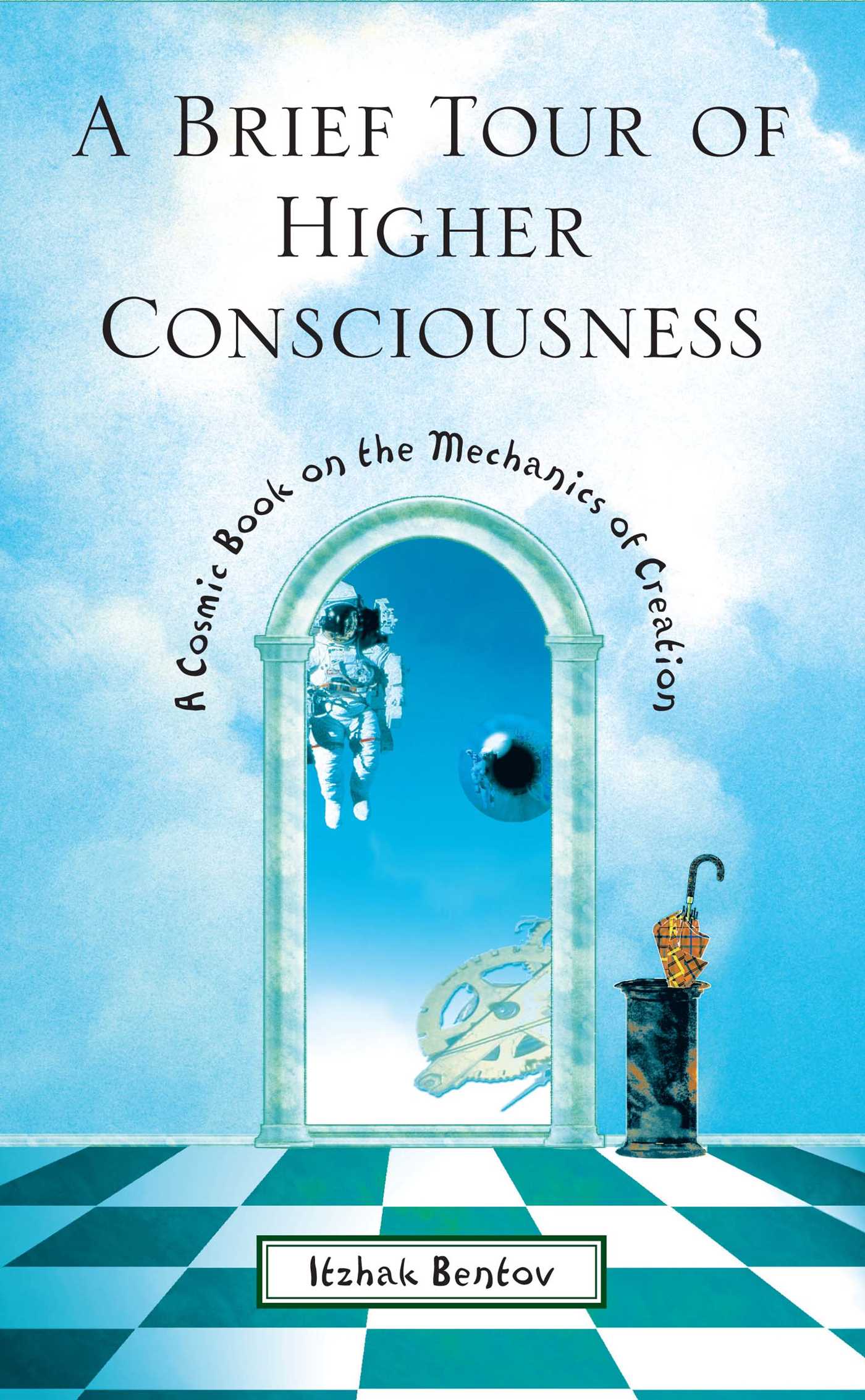 A Brief Tour of Higher Consciousness

A Cosmic Book on the Mechanics of Creation

A lighthearted yet profound guide to the realms of higher consciousness and the ultimate nature of reality.

• Explains some of the most difficult concepts of physics and heightened consciousness in ways that are easily understood.

• Presents a model for the interaction of the universe and human thought that has profound implications for our future.

All aboard for the excursion of a lifetime as Itzhak Bentov, the celebrated engineer, inventor, and mystic, takes you on a tour of the universe, pure consciousness, and all that lies beyond. Using comical sketches, simple metaphors, and his famous wit and humor, Bentov explains the nature of reality, points out the sights in Nirvana and the Void, and eventually takes you to a meeting with your higher self. Along the way, Bentov illuminates the Kabbalistic principles of number and sound, the meaning of cosmic shapes and symbols, the consciousness of devas, and the nature of the absolute. Ultimately, he shows that the universe and thought are inseparable, and that the thoughts of all human beings affect each other and in turn the whole universe--an idea with obvious and far-reaching implications. Anyone interested in the inner reaches of the mind, the greater structure of the cosmos, and the spiritual evolution of humanity will find A Brief Tour of Higher Consciousness an informed and delightful traveling companion.

Itzhak Bentov was a mechanical engineer who combined a brilliant mind for mechanisms and structures with a lifelong interest in meditation to describe quantum physics and the advanced states of higher awareness in ways easily grasped by readers.

"A delightfully ingenious cosmic comedy on the nature and structure of ultimates. Here are travelers tales such as you rarely find; metaphysical jaunts from one end of the universe to the other."

"A Brief Tour of Higher Consciousness is a user-friendly, comical approach to what can be impenetrable subject matter. Bentov keeps in touch with his audience by providing it with images and physical analogies. For those who crave a more objective view of the same philosophy, Bentov's work is complemented by a selection of essays by other authors dealing with same subject matter in a more traditionally scientific manner. Though not as easy to read as Bentov's humorous writing, it is refreshing to see something annotated and sustantiated. It reminds us that the insights gained from Bentov's intuition have their roots in fields ranging from Eastern philosophy to modern physics.

A Brief Tour of Higher Consciousness is a light but satisfying foray into the cosmos. It will please both the layperson and the educated physicist, and will make anyone chuckle."

"He is another author who has successfully shown the parallels between science and spirituality. I most recommend his works, especially A Brief Tour of Higher Consciousness for it will inspire you in most unimaginable ways."

"This is a book to puzzle you, delight you, and give you some 'Ahs' in your search to meet yourself and the nature of reality!"

A Brief Tour of Higher Consciousness

A Cosmic Book on the Mechanics of Creation