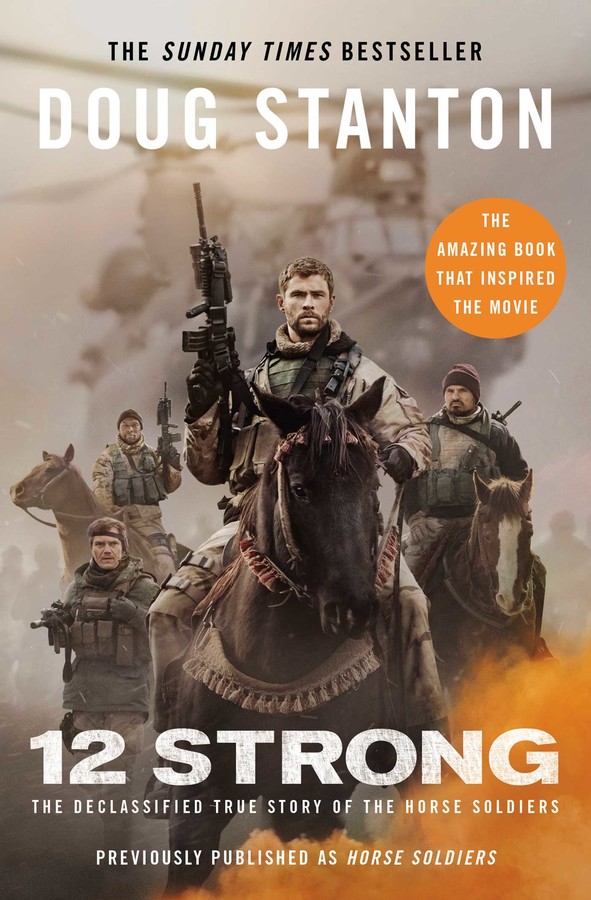 The Declassified True Story of the Horse Soldiers

THE DECLASSIFIED TRUE STORY OF THE HORSE SOLDIERS.

This is the dramatic account of a small band of Special Forces soldiers who entered Afghanistan immediately following September 11, 2001 and, riding to war on horses, defeated the Taliban.

Outnumbered 40 to 1, they capture the strategic Afghan city of Mazar-e Sharif, and thereby effectively defeat the Taliban throughout the rest of the country. They are welcomed as liberators as they ride on horses into the city, the streets thronged with Afghans overjoyed that the Taliban have been kicked out.

The soldiers rest easy, as they feel they have accomplished their mission. And then, the action takes a wholly unexpected turn. During a surrender of Taliban troops, the Horse Soldiers are ambushed by the would-be P.O.W.s and, still dangerously outnumbered, they must fight for their lives in the city's ancient fortress known as Qala-I Janghi, or the House of War . . .

Praise for Doug Stanton:-
‘A thrilling action ride of a book.’ New York Times
‘As gripping as the most intricately-plotted thriller.’ Vince Flynn
‘A riveting story of the brave and resourceful American warriors who rode into Afghanistan after 9/11 and waged war against Al Qaeda.’ Tom Brokaw
‘This reads like a cross between an old-fashioned Western and a modern spy thriller.’ Parade Magazine
‘Spellbinding...action-packed prose. The book reads more like a novel.’ USA Today

1.       Were you surprised to learn of America’s secret effort to attack the Taliban in the fall of 2001, or did you already know about it? How advisable was this plan? Does knowing about the success of this campaign change your understanding of America’s war in Iraq, which followed?

2.       As Doug Stanton shows, the American soldiers preparing for their mission to Afghanistan were yanked out of their lives and family relationships to go to war. How did you respond to his portrayal of the men and women involved? Did this exposition add to the power of the story, or were you impatient for the action to begin? Why? Do you know anyone who served in this or another comparable conflict, and was his or her experience similar?

3.       Doug Stanton felt that the soldiers’ efforts to get into Afghanistan by flying Chinook helicopters over 14,000 ft. mountain peaks was an important part of the story. Do you agree? Did you enjoy knowing what the men went through just get to the battle zone?

5.       This book shows the relationship between a theoretical military strategy, designed by American generals, and its on-the-ground implementation in real-time conditions. How did well were the soldiers able to fight according to plan? What was your reaction to the combination of horses, conventional arms, and high-tech laser bombing? How did you respond to some of the graphic description of war’s carnage? How would the book be different if it didn’t include such description?

6.       The military action in Horse Soldiers is divided between the battle to secure the city of Mazar-i-Sharif and then the defense of the surprise attack in the fortress of Qala-i-Janghi. How do these two actions relate to one another? Did you prefer one over the other, and why?

7.       Horse Soldiers was written by reconstructing the points of view of its participants. Did you enjoy the novelistic technique used? How sympathetic were you, or not, to the portrayal of John Walker Lindh, the American man from California who joined the Taliban and who was discovered in the group of Taliban prisoners by the soldiers?

8.       Although the soldiers bravely retake the Qala-i-Janghi fortress, they are soon dispersed, most never to see each other again. What did you learn about the relationships between soldiers in a time of war?

10.   Doug Stanton worked hard to create an afterword that would put the book in the context of the present time. If you read this afterword, did it add useful perception to your understanding? Or did you mostly like the book for the “war story” that it was? What does this mean about how you read about war, and why?

Doug Stanton is the author of the New York Times bestsellers In Harm’s Way: The Sinking of the USS Indianapolis and the Extraordinary Story of Its Survivors and Horse Soldiers: The Extraordinary Story of a Band of US Soldiers Who Rode to Victory in Afghanistan, which is the basis for a Jerry Bruckheimer–produced movie by the same name, starring Chris Hemsworth and Michael Shannon, to be released by Warner Bros. in 2018. He attended Hampshire College and the University of Iowa Writers’ Workshop. His writing has appeared in The New York Times, The New York Times Book Review, Time, The Washington Post, Men’s Journal, The Daily Beast, Newsweek, Esquire, and Outside, where he has been a contributing editor. Stanton is a founder of the National Writers Series, a year-round book festival, and lives in his hometown of Traverse City, Michigan, with his wife, Anne Stanton, and their three children, John, Katherine, and Will.

The Declassified True Story of the Horse Soldiers