Sue Woolfe has worked as a lecturer, TV subtitle editor, documentary maker and cook. She is the author of the bestselling novel about mathematics and motherhood, Leaning Towards Infinity, to date published in five countries and described the Baltimore Sun as ‘the deepest novel of ideas in years’, and by Fay Weldon as ‘glorious’. It won the Christina Stead Prize for Fiction in 1996 and was shortlisted for many other prizes, including the Commonwealth Prize and the prestigious US TipTree Prize. She re-wrote it for the stage, and it’s been workshopped in New York and produced at the Ensemble, Sydney.

Sue Woolfe’s other works include the novels Painted Woman, published in Australia in 1989 and republished since by Allen and Unwin, then Random and in translation in France in 2008, (also professionally produced twice as a stage play and as a radio play for the ABC) and The Secret Cure, a story about science, genetics, autism and love, (Macmillan 2003, UWA 2007, and currently being adapted to an opera). In 2012, Harper Collins published her most recent novel The Oldest Song in the World, set in the Northern Territory in an Indigenous community. She has published many short stories, some in translation, and has written occasional articles for the press.

In non-fiction, she co-authored with Kate Grenville Making Stories: How Ten Australian Novels Were Written, and alone, in 2007, The Mystery of the Cleaning Lady: A Writer Looks at Creativity and Neuroscience, investigating what neuroscience reveals about creativity. She has followed this up with scholarly articles.

She has written one script for TV, a comedy which won an AWGIE (1988). 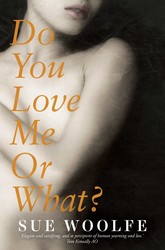