A 2008/2007 Hugo Award nominee, 2008 Philip K. Dick Award nominee, 2007 Chesley Award nominee, and 2006 World Fantasy Award nominee, Lou Anders is the editorial director of Prometheus Books' science fiction imprint Pyr, as well as the anthologies Fast Forward 2 (Pyr, October 2008), Sideways in Crime (Solaris, June 2008), Fast Forward 1(Pyr, February 2007), FutureShocks (Roc, January 2006), Projections: Science Fiction in Literature & Film (MonkeyBrain, December 2004), Live Without a Net (Roc, 2003), and Outside the Box (Wildside Press, 2001). In 2000, he served as the Executive Editor of Bookface.com, and before that he worked as the Los Angeles Liaison for Titan Publishing Group. Anders is the author of The Making of Star Trek: First Contact (Titan Books, 1996), and has published over 500 articles in such magazines as The Believer, Publishers Weekly, Dreamwatch, Deathray, Free Inquiry, Star Trek Monthly, Star Wars Monthly, Babylon 5 Magazine, Sci Fi Universe, Doctor Who Magazine, and Manga Max. His articles and stories have been translated into Danish, Greek, German, Italian, and French, and have appeared online at SFSite.com, RevolutionSF.com, and InfinityPlus.co.uk. Visit him online at www.louanders.com. 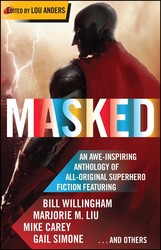 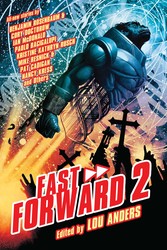 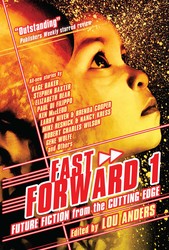