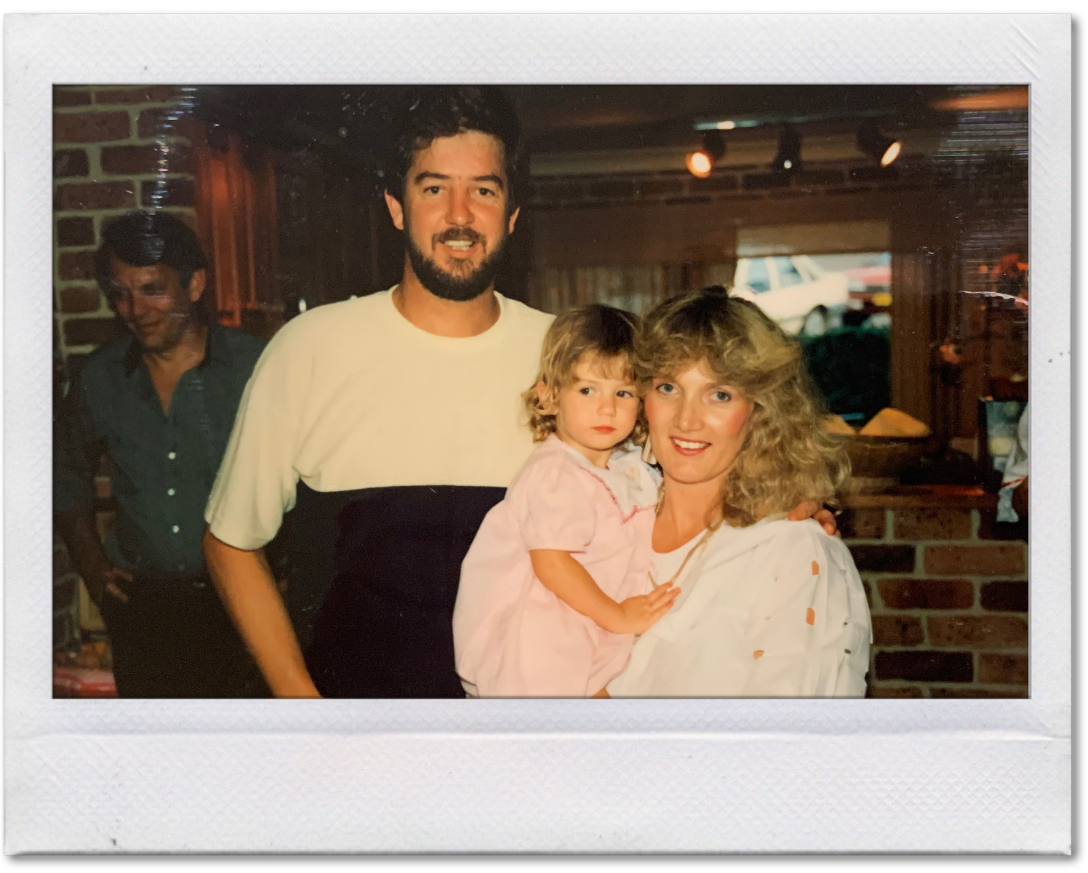 For a very long time, I didn’t feel like the story behind Crash was mine to tell – I always thought it was more my mum’s than mine. But when I started recording the voice memos about my life’s journey from the very beginning (which formed the basis for this record), I realised that it is my story as well and is, in fact, a crucial part of how I came to be the person I am today.

Crash tells the story of the start of my life. It’s a moment that has been explained to me over the years in different ways by my parents but it’s something they don’t like to speak about often – it was an incredibly traumatic time for both of them.

In 1984, when my mum was almost seven months pregnant with me, she was involved in a serious car accident. As a result, I was born nearly two months premature.

The day of the crash, there was a storm raging. Mum was waiting at the traffic lights in the pouring rain and the car behind her was going too fast as they pulled up at the lights. The road was slick with rain and the driver didn’t brake fast enough – the car ploughed into the back of my mum’s, pushing her, us, directly into the oncoming traffic. My mum was seriously injured and, with me still inside, she was rushed to the hospital.

I still wasn’t due for another 10 weeks, so I was obviously not quite ready for the world yet. But as my mum was rushed into surgery, I was brought into the world; and as she underwent multiple operations, I spent the first days of my own life in the hospital’s Intensive Care Unit.
According to Mum and Dad, I looked more like a tiny frog than a baby when I was born. It was a very difficult time for both of us. Mum had multiple surgeries, both then and in the following years, including several jaw reconstructions. It was touch and go for us both and my mum and I barely even saw each other during that first little while. (Although one night, one of the beautiful ICU nurses smuggled me into Mum’s room and put me onto her chest before sneaking me back out again.)

My poor dad was going out of his mind – there was nothing he could do but watch and wait and hope.

By some miracle – and with that fighter’s spirit – both Mum and I lived to tell the tale. When we had recovered and were finally allowed to go home, Dad wanted to do something for Mum to give her strength, to commemorate that she’d made it through such a terrifying ordeal and to mark the beginning of our life together as a little family of three (my brother came later!). She’d always had aspirations to play the piano, so he went out and bought her one – and that baby grand was the first piano I would learn to play while I was growing up.

Read the rest of this chapter and more intimate stories from Delta Goodrem in her new book, Bridge Over Troubled Dreams. Out now! 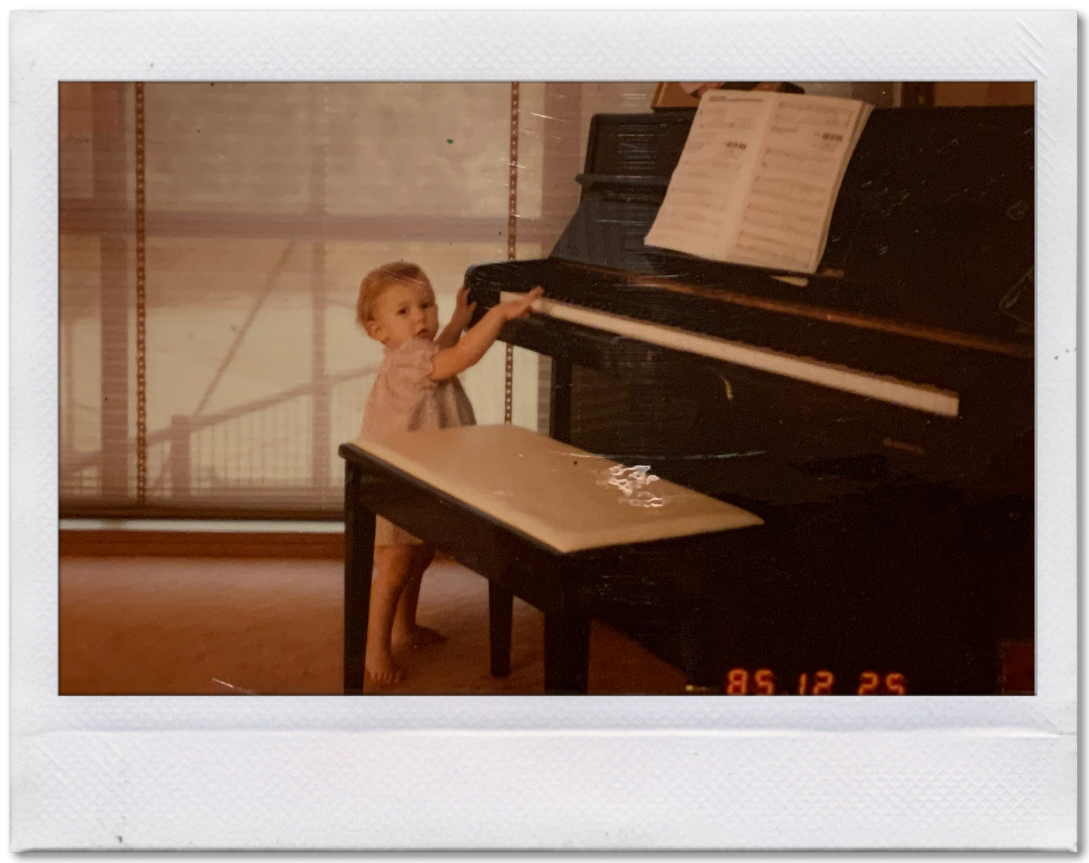 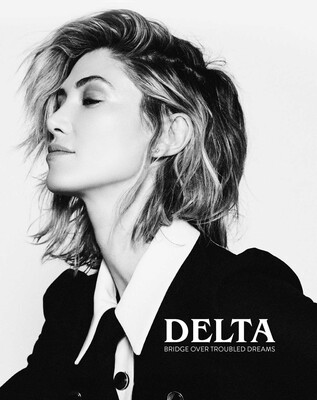 In her first-ever book, Australian singer-songwriter Delta Goodrem shares the intimate stories behind each of the tracks on her sixth studio album, Bridge Over Troubled Dreams, taking readers on a deep dive into her inspiration for each song and revealing the truth behind the lyrics. From the touching account of her birth – two months premature – to battling bouts of missing home and many incredible self-discoveries along the way, Bridge Over Troubled Dreams is truly the book of the artist’s life. She speaks candidly about love, family, highs and lows, patience, freedom, faith, hope and survival, and how she uses lessons learned to drive herself forward. Delta’s heartfelt stories are accompanied by never-before-seen pictures from her personal collection: candid behind-the-scenes shots, unreleased tour photos and even personal snaps from her childhood. 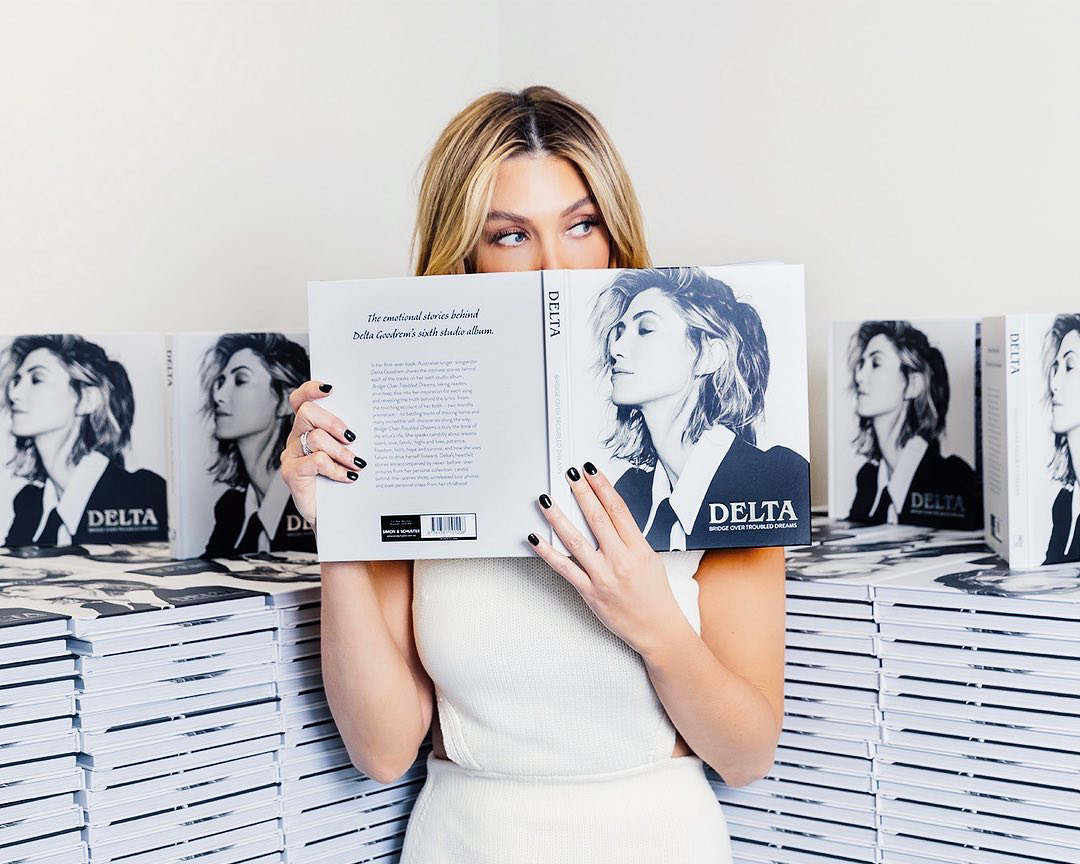