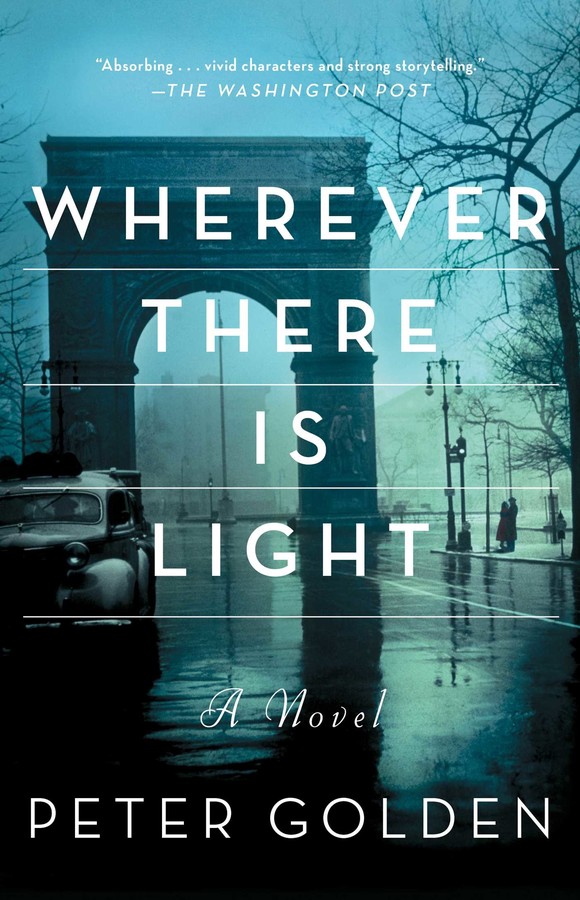 Wherever There Is Light

From the beloved author of Comeback Love, an “absorbing” (The Washington Post) tale of forbidden romance set against the backdrop of the segregated American South, war-torn Europe, and the civil unrest of the Sixties.

Sometimes falling in love is the most courageous act.

Julian Rose is only fifteen when he leaves his family and Germany for a new life in 1920s America. Initially struggling, he eventually finds his way—first by becoming one of the preeminent bootleggers on the East Coast, and later by amassing a fortune in real estate.

Kendall Wakefield is a free-spirited college senior who longs to become a painter. Her mother, the daughter of a slave and the founder of an African-American college in South Florida, spends her days running the institution and trying to find a suitable match for her only daughter.

One evening in 1938, she hosts a dinner that reunites Julian with his parents, who have been rescued from the Nazis by her college. There, Kendall and Julian meet for the first time, and from that unlikely encounter begins a thirty-year, on-again off-again affair that will take the lovers from Miami Beach to Greenwich Village to postwar life in Paris. Throughout their travels, they will encounter the likes of Sartre, Picasso, and a host of other artists, writers, and intellectuals just as they are in the process of redefining culture for a new generation. Through it all, their longing for each other remains a constant in the ceaseless sweep of time.

Wherever There Is Light is an absorbing, panoramic tale of twentieth-century America and an unforgettable story of defiant love that “is epic and truly felt” (Kirkus Reviews). 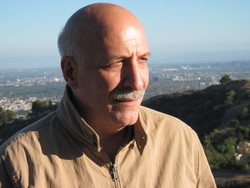 Peter Golden is an award-winning journalist, novelist, biographer, and historian. He lives outside Albany, New York, with his wife and son. He is the acclaimed author of the novels Comeback Love, Wherever There Is Light, and Nothing Is Forgotten.

[An] absorbing story…Golden knows how to pique our interest…vivid characters and strong storytelling.”

“Keenly detailed . . .compelling . . . Author Golden proves his stripes as a historian, detailing the lovers' brief bliss in prewar Greenwich Village, separating them for their individual battles during the war, and reuniting them in a skillfully evoked postwar Paris . . . The love story is epic and truly felt. In Kendall, Golden has created a fascinating, complex, and flawed heroine.”

“Each setting is re-created with a socially conscious eye, from the horrifying racism of the Jim Crow South to the Greenwich Village art scene to postwar Paris, whose residents’ emotional suffering hasn’t dimmed their appreciation for beauty. Julian and Kendall are independent, courageous people who grow over time, and their story feels undeniably romantic.”

“Using clear, clean prose, Golden brings emotional depth and passion to this story of forbidden love. A large cast of strong and well-defined characters, along with a colorful backdrop, allow Golden to create a clear portrait of the time and an epic story of love.”

"Illuminating! Wherever There is Light deftly shines light on the heartbreak of prejudice, the unbreakable ties of family and the enduring power of love. Peter Golden is uniquely qualified to write this sweeping and historically accurate novel."

"Like the photographs captured by its heroine, Wherever There is Light is a soul-stirring saga of dualities: joy and sorrow, darkness and a gleam of something bright, things in reach and things just beyond the frame. This impossible, yet inevitable love story grasps your heart and doesn’t let go."

“What color is love? These words break our heart as Julian and Kendall spend decades attempting to reach across chasms of bigotry. Weaving histories of race and slavery in America, the Holocaust in Germany, and Paris after World War II, we hope against all odds for an ending of which we can be proud. Peter Golden has given us a gift of a book.”

INDIE NEXT NOMINATION: "Some of the most beautiful writing on Paris that I’ve ever read, and as a bonus you get to meet Picasso, Sartre, and de Beauvoir.I was bowled over by the fact that German-Jewish professors escaped Hitler by coming to teach at African-American schools. The novel moves from the Depression to the mid-1960s, through all of the great issues in American life—from Segregation through World II and the opening of the cold war. The love story of the main protagonists, Julian Rose, ex-bootlegger, real-estate developer, soldier, and interrogator at the Nuremberg trials, and Kendall Wakefield, granddaughter of a slave and a celebrated photographer who is among the first American journalists to photograph the survivors of a liberated concentration camp, covers thirty years and will both break your heart and give you hope. In fact, this is a good description of the entire novel. Heartbreaking and ennobling!"

Wherever There Is Light