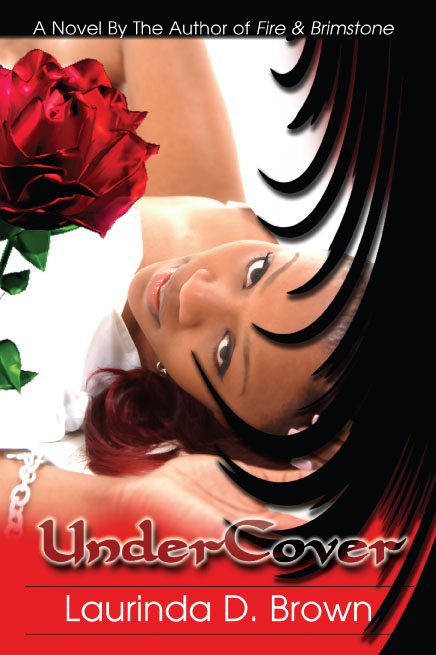 The story of Fire & Brimstone continues with the introduction of Nathaniel, a seemingly happily married man and brother-in-law to Chris, but he’s struggling to keep up this performance of happiness while he falls back into an entirely different performance—as a drag queen.

In Fire & Brimstone, Laurinda D. Brown began the turbulent love story of two women struggling with finding comfort in each other and in themselves while teetering on the verge of self-destruction. Chris Desmereaux and Gayle Evans: Two women, two mothers, two lovers testing the boundaries of 21st century morality, torn between different ideas of right and wrong.

Now in Undercover, the author expands the story, introducing Nathaniel, the monogamous lover of Patrick, a high roller at the Memphis nightclub where Nathaniel transforms himself into a female diva before a standing-room-only crowd until Patrick breaks his heart. Devastated by his lover's rejection, Nathaniel leaves his flamboyant former life behind and reinvents himself yet again.

This time it's Nathaniel, the committed family man—a loving husband to his wife, devoted father to his three children, and brother-in-law to Chris. Patrick is a distant, still-seductive memory, until financial woes force Nathaniel to return to his old fast-money way of life. This fateful decision culminates in exposure—and Nathaniel's subsequent downward spiral. Domestic crises abound as Nathaniel struggles with painful issues surrounding his sexual identity, and he must face the ultimate truth about himself in a harrowing climax. Undercover is a powerhouse novel by a gifted storyteller.

Patrick sat at the bar waiting for the love of his life. The house was packed as usual with folks in from Atlanta and St. Louis for the holiday weekend. Cars were lined up on both sides of Front Street that night -- which wasn't a big deal to many. But, to Patrick, it meant the world.

It meant that everyone had come out to see his baby perform at the club. Men from all walks of life handed Patrick's lady dollar bills, five-dollar bills, ten-dollar bills, and, on the first of the month, maybe even some twenties. But none could surpass Patrick. Every Saturday night, dressed to the nines, he would watch those other men walk to the front of the stage, fanning bills and pieces of paper with phone numbers scribbled on them. Often tripping over themselves to do it, some even borrowed from their dates just to be able to touch the silken hands of The Menagerie's biggest star. But it was Patrick who made a hush fall over the crowded room. Leaving his double B-52 and Lite Beer, he rose from his VIP booth and pulled out his Coach breast wallet that Nay had gotten for him while on a trip to California. He was seductively smooth, suave, and anything else that a gay Black man with the most amazing smile and the whitest teeth could ever be. Fragranced with imported cologne and always clad in custom suits, Patty was the center of attention. With every stride -- waving that bill in his hand, eyes followed him, wondering what dead president he'd pulled from his wallet. By the time he reached the stage, the bill was creased across Ben Franklin's face, gently resting on his index finger. And Miss Nay? She would lean over and smile as her man first kissed the paper and then placed the crisp one hundred-dollar bill between her breasts.

Tonight, though, Patrick was not all right. He didn't get his usual table in the center of the dance floor and, knowing he wouldn't be staying long, he didn't bother to remove his jacket. Instead, he sat slumped over the bar and nursed a flat ginger ale that had succumbed to the three ice cubes that the bartender had so graciously offered. He hadn't been to the club in over two months.

About that fact folks had begun to talk. "Patty, you wan-anotha drink?" someone offered. But Patrick remained silent and kept swirling his straw around the bottom of his glass. "Guess not," snorted the waitress as she sashayed her way to the other end of the bar. Patrick sat practically stock-still with his back turned to the stage. The frigid air around him warned the usual passersby to stay away, to stay far away.

Three years seemed barely like three days to Patty, for he and Miss Nay were lovers at first sight. They'd traveled the world together: Cancun, Montego Bay, Paris, and London. Patty insisted that Nay allow him to occasionally get his dick sucked by nameless strangers, and she was assured things would go no further.

In exchange for that luxury, Nay was given the world, and she flaunted it. But privilege came with a price that Nay didn't mind paying. She wasn't allowed to take anyone home with her, nor was she allowed to accept phone numbers or business cards. Those weren't the club's rules. They were Patty's. As she performed, Miss Nay electrified the crowd with her sultry moves and finesse, but outside of work Nay was strictly off limits. Everybody knew that. That was the way Patrick wanted it.

Patrick, with long and lovely supermodel eyelashes, sat with sullen eyes, agonizing over what he'd finally gotten the nerve to do. Closing his eyes, he whispered to himself, "Now, let's practice this one more time." With the music blaring at deafening levels from one corner of the club to the other, no one heard him thinking out loud. Take a breath. "Nay, Baby, you know that I love you more than life itself. Nothing else in this world mattered to me when we were together. I allowed everyone and everything to come second to you and me, and at times, that even included my family. Since Mama died, the whole world has been looking a lot different to me. Those things that didn't matter before mean a whole lot now, and I've got to do the right thing. My family is expecting it, and so is God. I promised Mama on her deathbed that if she would just surrender to Him so that she could finally be free of her pain, then I would dedicate my life to serving Him and would leave this life alone. The things that I chose to turn the other cheek to have come around and smacked me in the face. I can't continue to act like the world around me is grand when my insides are about to fall out. Every time I think about you, touch you or kiss you I feel like I'm dissing Mama. So, every time I get that way -- the devil's way -- I go to church. I've been scrubbing the floors, cutting the grass, cooking in the kitchen -- anything to keep me from thinking about you. The next thing I knew I'd found my way into the pulpit and realized that I had something to say. I mean it's like my soul just opens up when I'm there. All these people around me¿hundreds of them, and, with all that, I still feel like it's just me and God. When I'm there, I like what I see. I like what I feel." Even with his voice rising at times to octaves just above a whisper, it seemed as if no one had heard a word Patty uttered. He continued, "Nay, I realize now that love is more than just what we have. It's more than what I ever thought we had. The last thing that I've ever wanted to do was to hurt you, but, after all these weeks of Sunday School, Bible study, and worship services, I now know that life is about the choices you make, and right now¿today, I have to choose God."

This epitome of refined elegance and style was exemplary of regal stature; yet this woman of grandeur, this mega diva worthy of applause until her last breath, simply sat there, and, with her now former lover, shed the same tears. She shared the same pain. The once flawless make-up was carelessly smeared, revealing the mustache fuzz and facial hair. Nay, displaying divine class and stature to the end, slowly removed the silk scarf that had been a gift from Patty. Speechless, Nay gently reached for Patty's cheek and tenderly kissed it. She draped the scarf around Patty's neck, rose from the bar stool, and dejectedly strolled towards the dressing room to gather her things. There would be no more encores. This was her final curtain call.

Once out the club door, it would be the first time in years that she would have to face the world as Nathaniel Chamberlain Alexander. 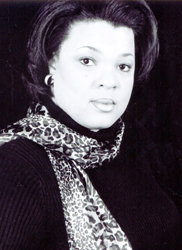 Laurinda D. Brown uses her writing to tell universal stories that apply to all cross-sections of society. A graduate of Howard University, she writes about life, not lifestyles. She is the author of Fire & Brimstone, The Highest Price for Passion, and Undercover. She currently resides in the Atlanta metro area with her two daughters.