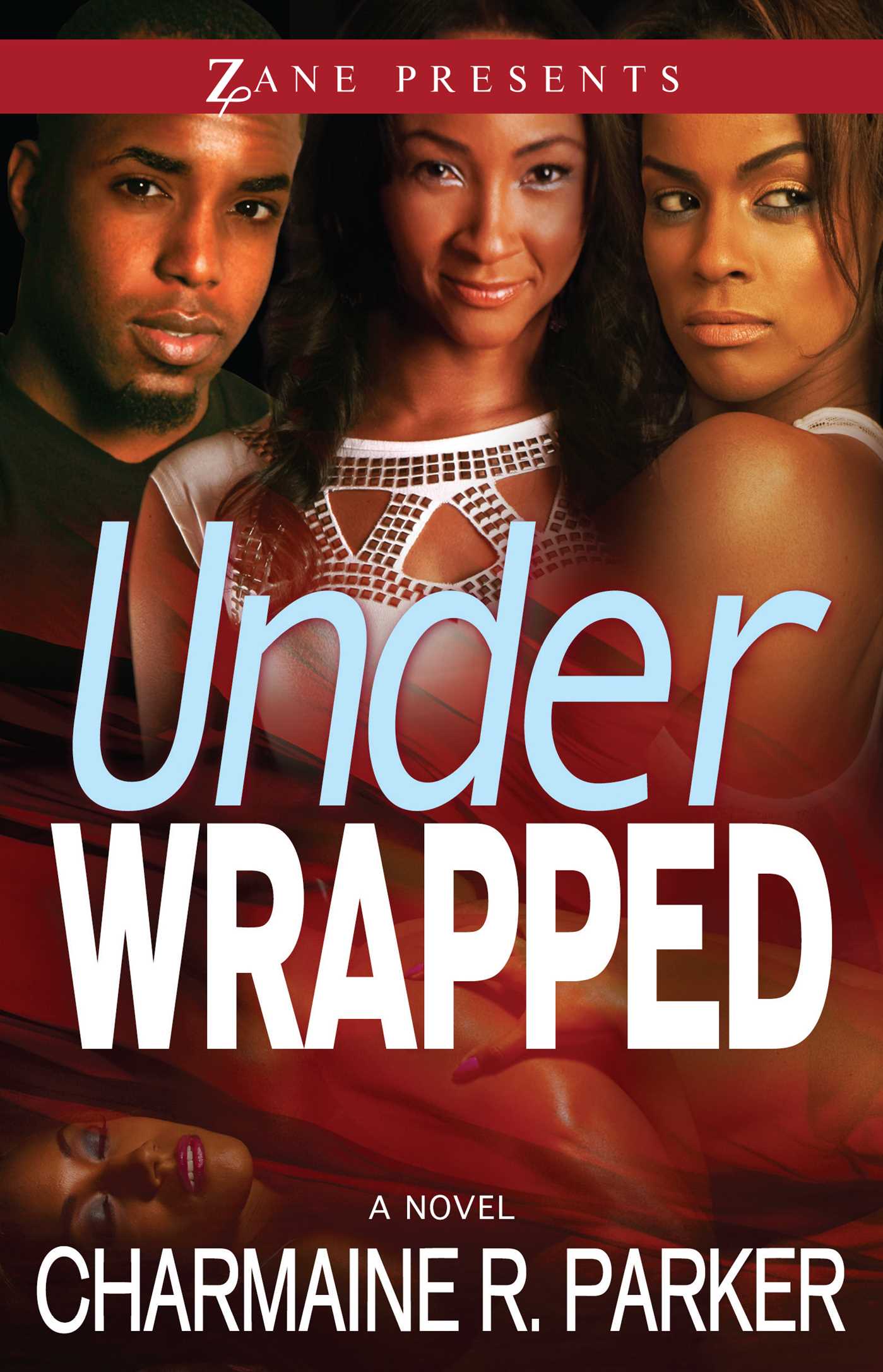 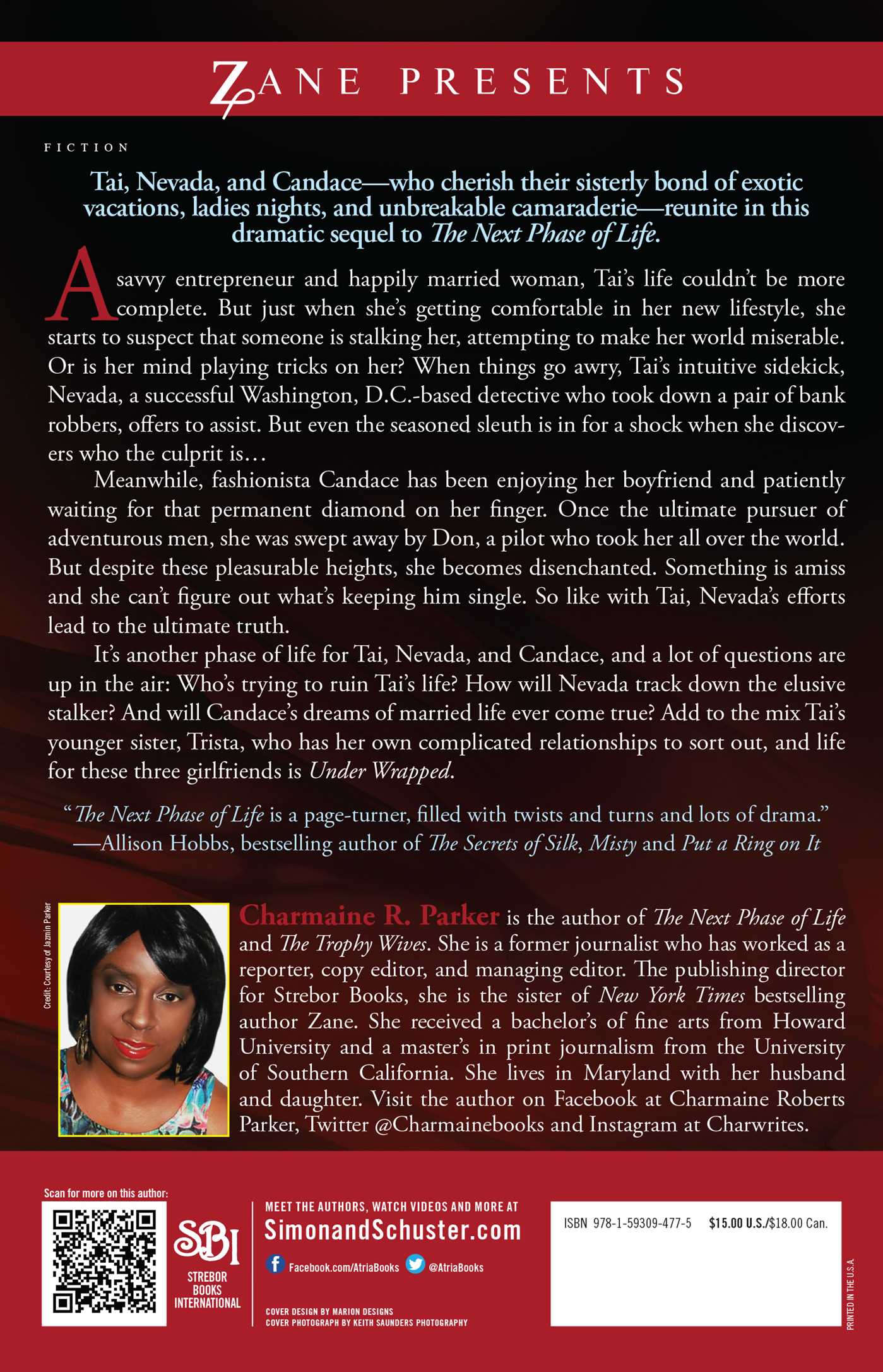 Tai, Nevada, and Candace—who cherish their sisterly bond of exotic vacations, ladies nights, and unbreakable camaraderie—reunite in this dramatic sequel to The Next Phase of Life.

A savvy entrepreneur and happily married woman, Tai Wilson’s life couldn’t be more complete. But just when she’s getting comfortable in her new lifestyle, she starts to suspect that someone is stalking her, attempting to make her world miserable. Or is her mind playing tricks on her? When things go awry, Tai’s intuitive sidekick, Nevada, a successful Washington, DC-based detective who took down a pair of bank robbers, offers to assist. But even the seasoned sleuth is in for a shock when she discovers who the culprit is…

Meanwhile, fashionista Candace has been enjoying her boyfriend and patiently waiting for that permanent diamond on her finger. Once the ultimate pursuer of adventurous men, she was swept away by Don, a pilot who took her all over the world. But despite these pleasurable heights, she becomes disenchanted. Something is amiss and she can’t figure out what’s keeping him single. So like with Tai, Nevada’s efforts lead to the ultimate truth.

Under Wrapped CHAPTER 1 TAI
The sounds of Jill Scott streamed through the mini Bose speakers mounted on the walls, providing a mellow oasis as Tai melted her mind and body in her Jacuzzi. The sandalwood vanilla candles tantalized her nostrils, allowing her peace after a challenging day at the office. This was her coveted ritual.

Moments like this allowed her to meditate and reflect. She was overjoyed as her dreams had blossomed into reality. After years of waiting for her knight, it was her landscaper, Marco—eight years her junior and an unlikely candidate—who’d finally uplifted her. During two years that he’d maintained her yard, she’d never gazed past the flowers and plants to open her eyes to the man of her dreams. It wasn’t until one day while working in her backyard during the searing heat, he’d removed his white tee and revealed his chiseled, dripping mocha chest. She did a double-take and thought, Oops, no, not the landscaper…not my type. Plus, I wonder how old he is; looks like a baby. After inviting him inside for strawberry lemonade, the sparks began. Now he was her husband, her soul mate. Tomorrow would be their first anniversary and with her enthusiasm, one would think it was their twenty-fifth.

Like other women with a similar plight, she had hit the four-decade mark with no future partner in sight. Her lover of five years, Austin, had suddenly dropped off the radar as she approached her milestone birthday, even pulling a no-show at her grand party. She’d long decided if her relationship had fizzled, she would simply take a dating hiatus. After all, she’d viewed their longtime dating as an investment—one leading down the aisle. Suddenly, when she least expected, her eyes opened to the unlikeliest prospect. Marco had been caring for her landscaping, but he was equally as capable of caring for her body and soul.

She stroked the mango-coconut gel over her body with her loofah, then closed her eyes.

“Marco…” She exhaled, staring up at her husband. “Don’t scare me like that. I didn’t hear you come in and I was definitely in another place,” she added with a seductive smile.

“And we can start celebrating early. Nothing wrong with that.”

Marco agreed, “You bet.” He slowly peeled off his shirt and then unloosened his pants, letting them and his boxers drop onto the granite floor tile.

Tai admired his muscled physique and his well-tanned skin from days in the sun. “Before you step in, why don’t you pour me another glass of wine and you one, too?” He picked up her empty glass from the tub ledge and placed it atop a small cabinet. He opened the door and pulled out a wineglass. They were connoisseurs and having a stash in the bathroom was a must. He filled the glasses and carried them to the tub, setting both on the edge. He stepped inside and immersed in the soothing water, careful not to knock over the glasses.

“Better than good.” He picked up his glass and she followed. “Let’s toast.”

They tapped their glasses.

“To the sexiest woman on the planet.”

“Hmm, and to definitely the finest man on earth… and as you guys say, p-h-i-n-e, phine.” She giggled and sipped the wine.

After taking a sip, Marco set his glass on the sprawling ledge, then gently took her glass from her hand and placed hers beside his.

Facing each other, he moved her in front of him, her back facing his chest. He took her loofah and dampened it, squeezing the suds over her breasts and down her back.

“Hmm, that feels soooo good, baby.” She felt him rock-hard beneath her and she was overthrown with excitement, ripe and ready to make their Jacuzzi a love nest. Peering up through the skylight, she could see the raindrops that had started to pelter the glass. Luckily, it wasn’t a storm or she’d have to leap out of the tub in fear of danger. Instead, the mood was ripe and sexy as she maneuvered around to face him and mount his piece, wrapping her arms around his back. She gyrated atop him as the warm, sudsy water blended with her juices, as he suckled her tender breasts.

In her head, she started singing the Dramatics’ “I Wanna Go Outside in the Rain.” She peeped at the wall clock over the sink and thought of the lyrics to Tony! Toni! Tone!’s “Anniversary.” It was now midnight and they had survived their first year. She paused to gaze in his eyes. “Happy Anniversary, sweetie.”

Marco turned toward the clock. “Oh, right, it’s that time.” He smiled and pecked her lips. “Happy Anniversary, sexy mama.”

In his head, he was listening to Michael J’s “Don’t Stop ’Til You Get Enough.” Naw, ain’t no stopping me now, he thought, as he continued to thrust upward. 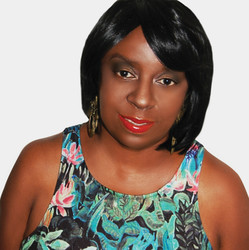 Charmaine R. Parker is the author of The Next Phase of Life and The Trophy Wives. She is a former journalist who has worked as a reporter, copy editor, and managing editor. The publishing director for Strebor Books, she is the sister of New York Times bestselling author Zane. She received a bachelor’s of fine arts from Howard University and a master’s in print journalism from the University of Southern California. She lives in Maryland with her husband and daughter. Visit the author on Facebook at Charmaine Roberts Parker, Twitter @Charmainebooks, and Instagram at Charwrites.