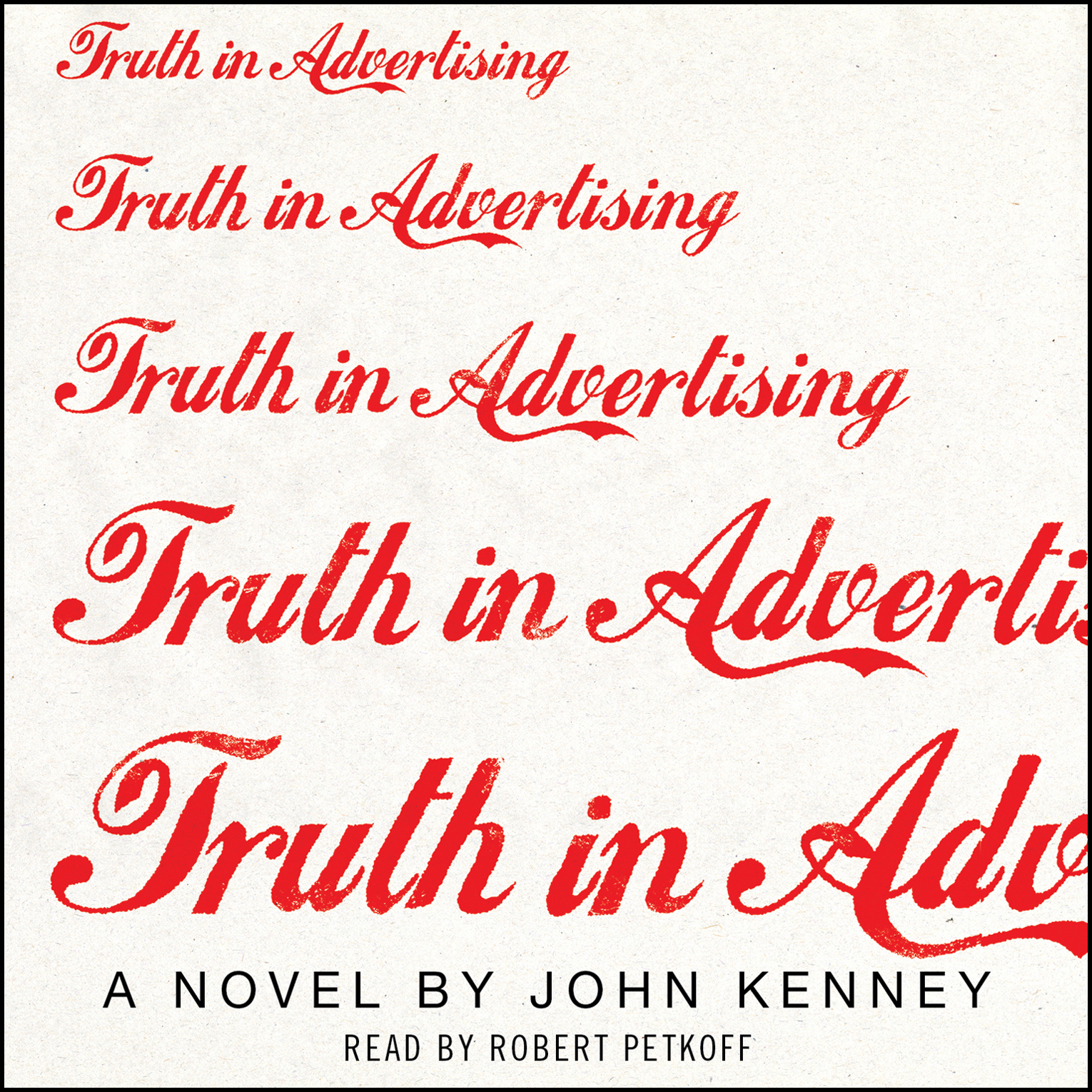 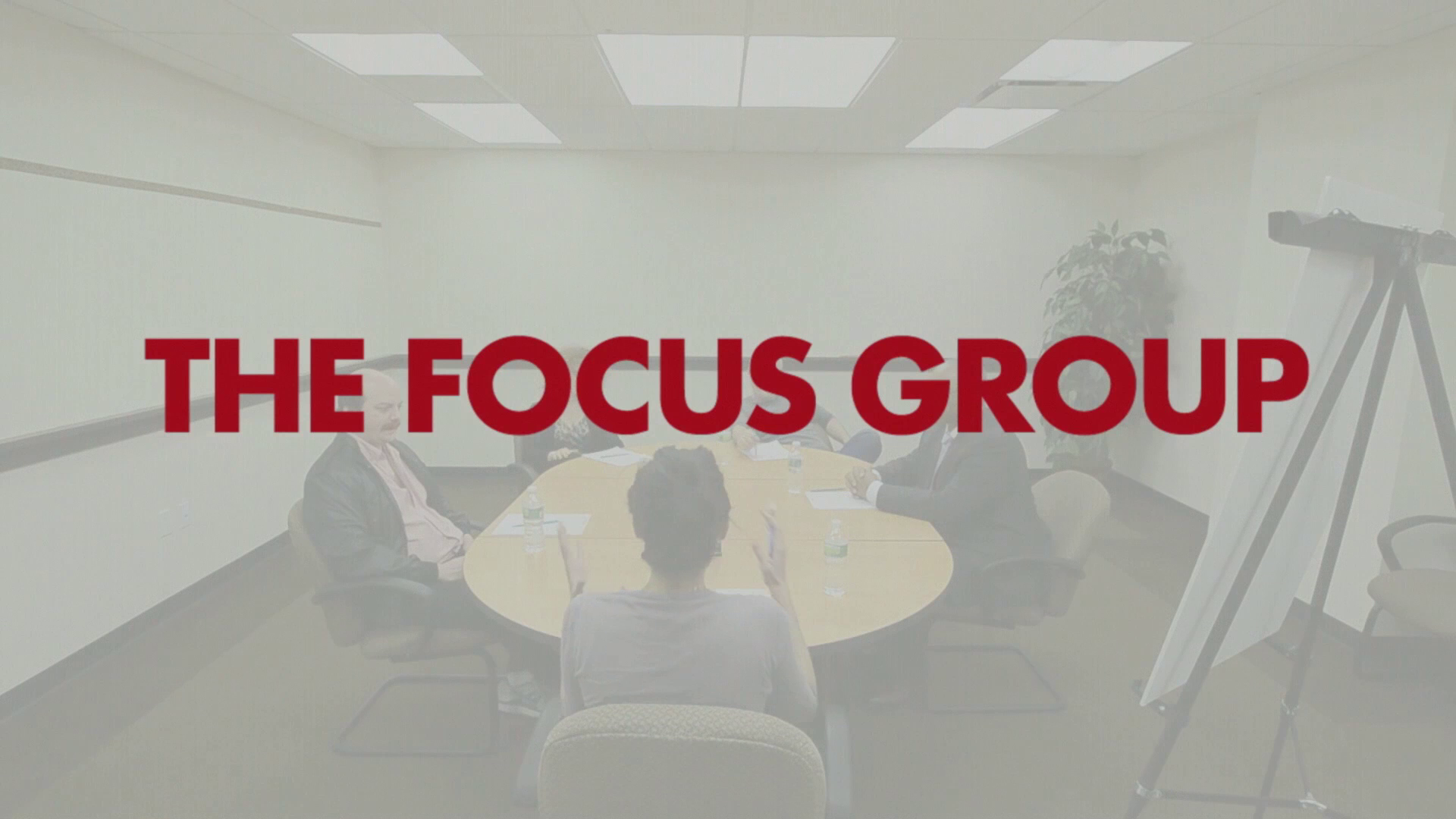 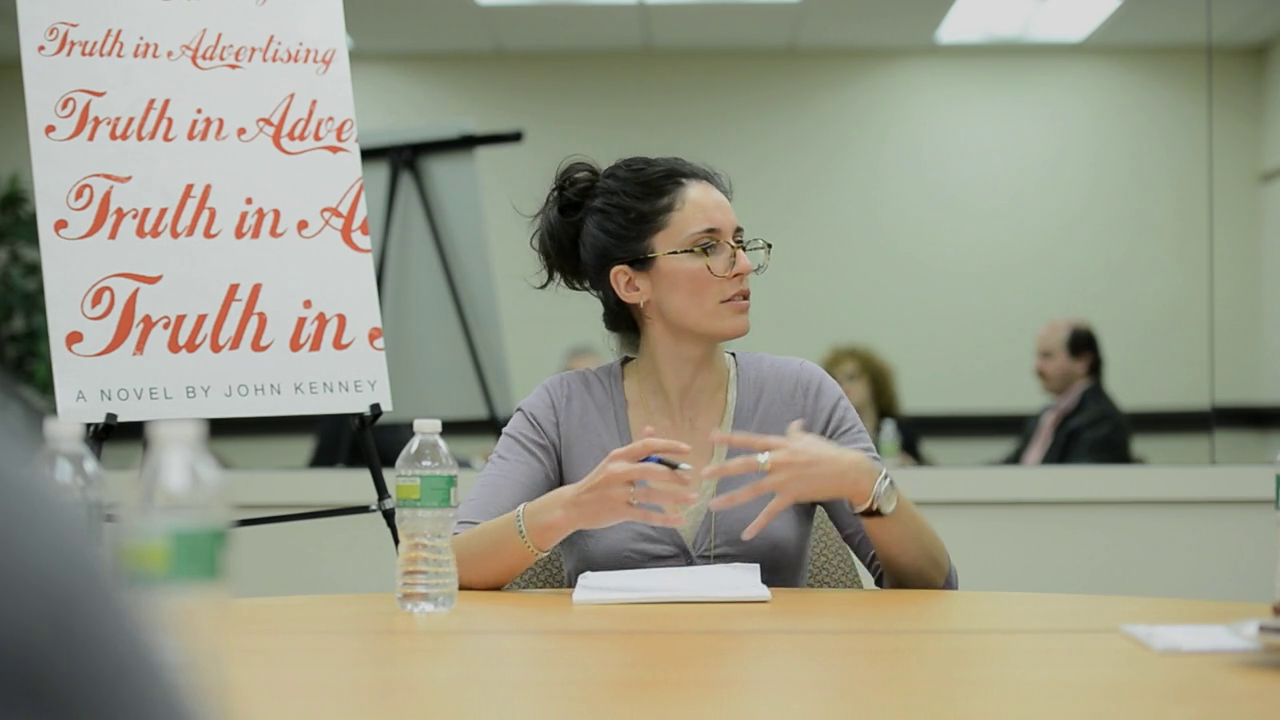 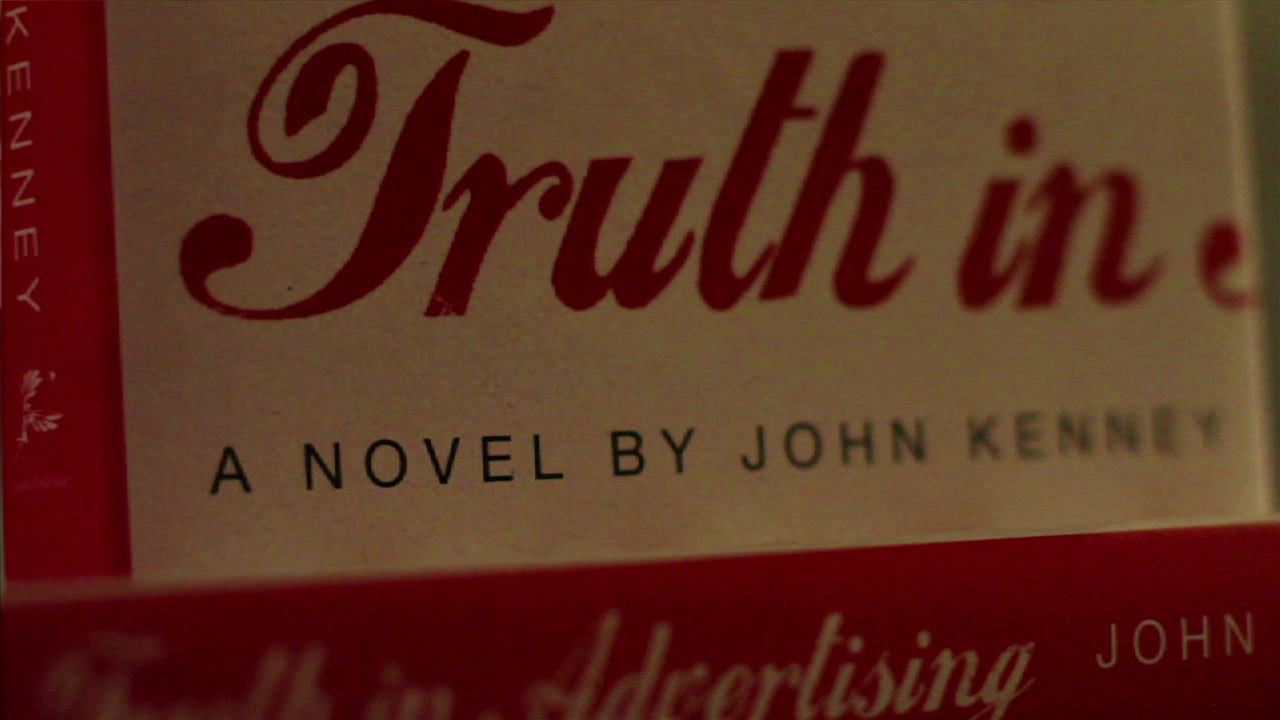 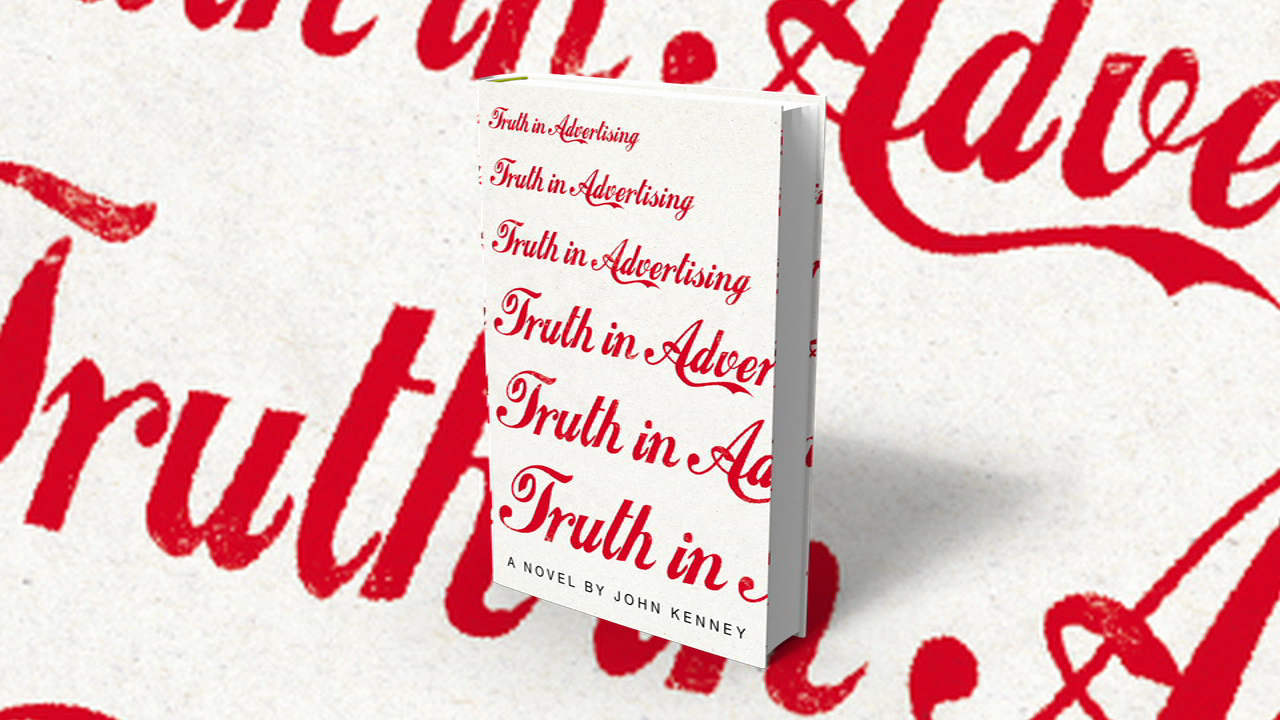 “A quick-witted, wry sendup of the advertising industry and corporate culture…A clear-eyed, sympathetic story about complex family ties and the possibility of healing” (The Washington Post).

Finbar Dolan is lost and lonely. Except he doesn’t know it. Despite escaping his blue-collar Boston upbringing to carve out a mildly successful career at a Madison Avenue ad agency, he’s a bit of a mess and closing in on forty. He’s recently called off his wedding. Now, a few days before Christmas, he’s forced to cancel a long-postponed vacation in order to write, produce, and edit a Superbowl commercial for his diaper account in record time.

Fortunately, it gets worse. He learns that his long-estranged and once-abusive father has fallen ill. And that neither his brothers nor his sister intend to visit. It’s a wake-up call for Fin to re-evaluate the choices he’s made, admit that he’s falling for his coworker Phoebe, question the importance of diapers in his life, and finally tell the truth about his life and his past.

In the spirit of Then We Came to the End and This Is Where I Leave You, novelist John Kenney, a regular New Yorker contributor, mines his own advertising background to creating this moving debut, nothing short of “a masterful blend of wit and seriousness, stunning in its honesty” (Booklist, starred review).

By clicking 'Sign me up' I acknowledge that I have read and agree to the privacy policy and terms of use, and the transfer of my personal data to the United States, where the privacy laws may be different than those in my country of residence.
This reading group guide for Truth in Advertising includes an introduction, discussion questions, ideas for enhancing your book club, and a Q&A with author John Kenney. The suggested questions are intended to help your reading group find new and interesting angles and topics for your discussion. We hope that these ideas will enrich your conversation and increase your enjoyment of the book.

Despite escaping his blue-collar Boston upbringing to carve out a mildly successful career at a Madison Avenue ad agency, Finbar Dolan is a bit of a mess and closing in on forty. He’s recently called off a wedding. Now, a few days before Christmas, he’s forced to cancel a long-postponed vacation in order to write, produce, and edit in record time a Superbowl commercial for his diaper account. When he learns that his long-estranged and once-abusive father has fallen ill, and that neither of his brothers or his sister intends to visit, Fin is forced to reevaluate the choices he’s made, admit that he’s falling for his coworker Phoebe, question the importance of diapers in his life, and finally tell the truth about his past. Truth in Advertising is first-time novelist John Kenney’s wickedly funny, honest, at times sardonic, and ultimately moving story about the absurdity of corporate life, the complications of love, and the meaning of family.

1) Truth in Advertising pokes fun at the advertising industry, yet often makes a case for it being an underappreciated art form. Do you think there is artistic value in advertising? Can you think of an example of an ad campaign or commercial that might be considered aesthetically important?

2) Fin’s relationship with his father was volatile and complicated. Is it always necessary, or possible, to forgive those who have done us so much damage in the past? Is there ever an excuse for cutting ties with a parent?

3) At different points throughout the novel, Fin has imaginary interviews with Terry Gross, Barbara Walters, and Oprah. What function does this device serve? Do you think it’s effective?

4) Why do you think the author waits so long to reveal that Fin was present when his mother died? What does this revelation teach the reader about Fin? Do you think he was right to keep this secret to himself for so many years?

5) In today’s media-saturated culture, individuals are often encouraged to “brand” themselves using Facebook, Twitter, and other social media networks. How would you define the difference between a person’s “brand” and their personality? What is Fin’s brand?

6) Of all the Dolan children, why do you think Fin is the only one who agrees to scatter their father’s ashes? Is this act merely symbolic? Or do you really think it helps him resolve some of his anger toward his father?

7) Fin notes that both Phoebe and Pam are friends who “understand what you mean, not what you say” (p. 232) Why is this important to Fin?

8) Oftentimes tragedies bring families closer together. In the Dolans’ case, their father’s death initially just serves as a reminder of their troubled childhood and how far apart they’ve grown. What makes them incapable of finding solace in each other, and how do you think this has changed by the end of the novel?

9) Fin frequently complains about being dissatisfied with his job, yet he remains unable to leave. What aspects of the advertising industry does he find so compelling even as he struggles to justify staying in it? He talks about advertising being based on mythology and lies. What are some societal myths about happiness and success that Fin buys into and why do you think these are ultimately unable to satisfy him?

10) Phoebe and Fin play a game where they point out one beautiful thing they see each day. How does Fin’s relationship with Phoebe and the game they play affect the way he deals with his own anger and pain? Do you think there is beauty even in tragedy?


A Conversation with author John Kenney and comedian Andy Borowitz

Andy: You spent many years working in advertising. What made you decide to set your first novel in that world? Is the real world of advertising both as funny—and sad—as your fictional version?

John: It’s a cliché but they say write about what you know. So for me it was write about advertising or the inside world of being a busboy. Advertising, certainly in the post-Mad Men era, seems to have an allure. People find it exciting and fast-paced. It certainly can be. But day to day it’s far more boring, certainly for creative people, whose days are spent sitting in an office trying to think of ideas, most of which aren’t that great (in my experience, anyway). I don’t think it’s a sad business at all but it can test one’s resolve. There are times when it’s easy to step outside of the project at hand and say, “Do we really need to be this serious about the new sodium-free ketchup spot?” That said, I liked it better than being a busboy.

Andy: What’s the biggest misconception about advertising, and why does that interest you as a novelist?

John: I think it’s how cool/sexy/exciting advertising is supposed to be. It certainly can be if you’re working on a big account like Nike or Apple or Coke. But most creatives—the copywriters and art directors who think up the ideas—work on far smaller accounts, with far smaller budgets. These people are just as committed and just as smart, and, frankly, doing a really great ad for Oreos is damned hard. Or diapers, as is the case for Fin, the main character in the book. He’s not a superstar. But successful characters don’t really interest me I like strugglers. I like confused people, damaged people. Strivers. Of course, that has nothing to do with my own experience as a decidedly non-superstar copywriter…

Andy: That brings me to the question most novelists hate to be asked: Who is the narrator Fin, and are there parts of you in his character?

John: Fin is like a lot of guys I knew in advertising. Smart, charming, funny. Guys you wanted to hang around with, have a beer with. He’s a lot smarter than I am and certainly more lost than I ever was, though God knows I had my confused days as a single guy in New York. To me the similarity—if there is one—isn’t merely the advertising connection, it’s the loss. My mother died when I was young. That was a defining event for me. And it’s only much later in my life that I realized how defining, how it colored everything for me. Fin shares that. But I think a lot of us carry around hidden traumas, those lasting pains. My editor sent me a quote from a letter that Ted Hughes wrote to his son. At every moment, behind the most efficient seeming adult exterior, the whole world of the person’s childhood is being carefully held like a glass of water bulging above the brim. That’s Fin.

Andy: In the book, you write that we are the stories we tell ourselves. What is it that pushes Fin to finally tell himself the truth?

John: I think ultimately it’s his father’s death. Fin holds onto this anger and pain for so long, and I think it surprises him how sad his father’s death makes him, what a terrible waste it all was. It’s so hard to see your parents as people. We expect so much from them. I think he’s finally able to see his father for a flawed and traumatized man, to forgive him, to grieve for the life they never had together. He sees where not dealing with trauma and pain leads. And he doesn’t want that. I think he sees his own mortality. And it terrifies him. It makes him want to live.

Andy: Why do we meet Fin at this particular moment in his life?

John: Because he’s a mess. A job he doesn’t love. A recently canceled wedding. His estranged family and dying father. His cluelessness over Phoebe, his love interest. I think there comes a point where you realize the future isn’t limitless. For Fin it’s waking up on the eve of his fortieth birthday, being surprised by this, by the path life has taken. I think he sees that there’s a window that’s fast closing and that unless he acts differently, he’s going to be lost. He’s tried lying because the pain of the truth–of what he saw and experienced, of caring for someone who might leave–is simply too much for him. I think he finally sees that life is about courage. And the courage is to be honest with himself. 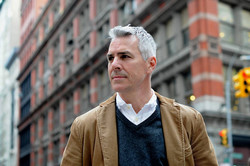 John Kenney has worked as a copywriter in New York City for seventeen years. He has also been a contributor to The New Yorker magazine since 1999. Some of his work appears in a collection of The New Yorker’s humor writing, Disquiet, Please! He lives in Brooklyn, New York. Visit ByJohnKenney.com.

SEE ALL
See more by Robert Petkoff
Thank you for signing up, fellow book lover!