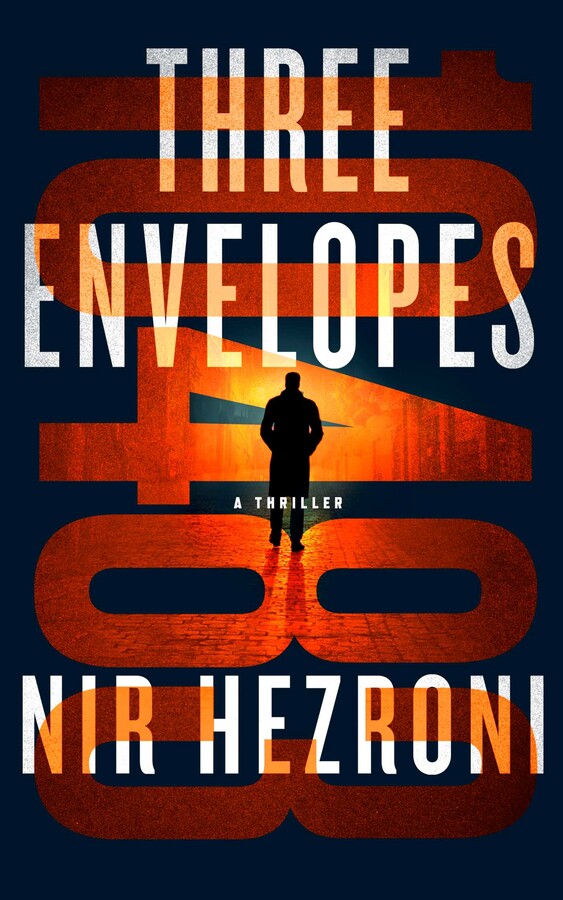 Agent 10483 carried out his missions perfectly. Too perfectly. When a top agent in The Organization receives a disturbing notebook written by the mysterious 10483, supposedly dead for years, he realizes that something went terribly wrong.

Is 10483 a psychopath who outwitted his handlers for years? Or was he manipulated by his superiors to carry out the most monstrous assassinations in the history of the state of Israel? And why was he the only agent to receive three envelopes with targeted killing assignments instead of one, as part of a lethal and top secret operation? Was he responsible for locking up his victims and staging their deaths, or was he himself merely the victim of a brilliant scientist whose cutting-edge discoveries enabled her to manipulate his brain waves?

Compelling and scary in equal measure, Nir Hezroni’s dark thriller is a chilling exploration of the mind of a master killer.

‘With crisp writing, a claustrophobic atmosphere and plenty of twists and turns along the way, Three Envelopes marks Nir Hezroni as a talent to be watched.’

‘What a ride! An intelligence world of cracked mirrors, weird echoes and haunting dreams. The story is stunning. It will bend your mind six ways to Sunday and then some. The writing, precise as a laser, runs circles around what you thought you knew was real.’

'Nir Hezroni's Three Envelopes isn't your average thriller. Imaginative, fast-paced and originally strange. It reads like a spy-thriller gone mad or out of control.'

– D. A. Mishani, author of The Missing File

‘Hezroni’s superior thriller debut will send chills up the spines of even jaded genre fans.’

‘This book has a clever plot and plays upon the fear that there are hidden persons out there prepared to do us harm for obscure reasons… There are passages that make you gasp in horror.’

'This thriller will delight those who enjoy the twisted world of international espionage. Fans of Jason Matthew’s Red Sparrow or those looking for a darker, more technical Daniel Silva read-alike will also appreciate this disturbing tale.'

‘One of the most brilliant Israeli thrillers I have read in a long time…I simply could not put it down.’

‘An intelligent thriller, which raises heavy questions...[This is written] in persuasive yet eloquent prose usually found in canonical works rather than in sophisticated thrillers.’