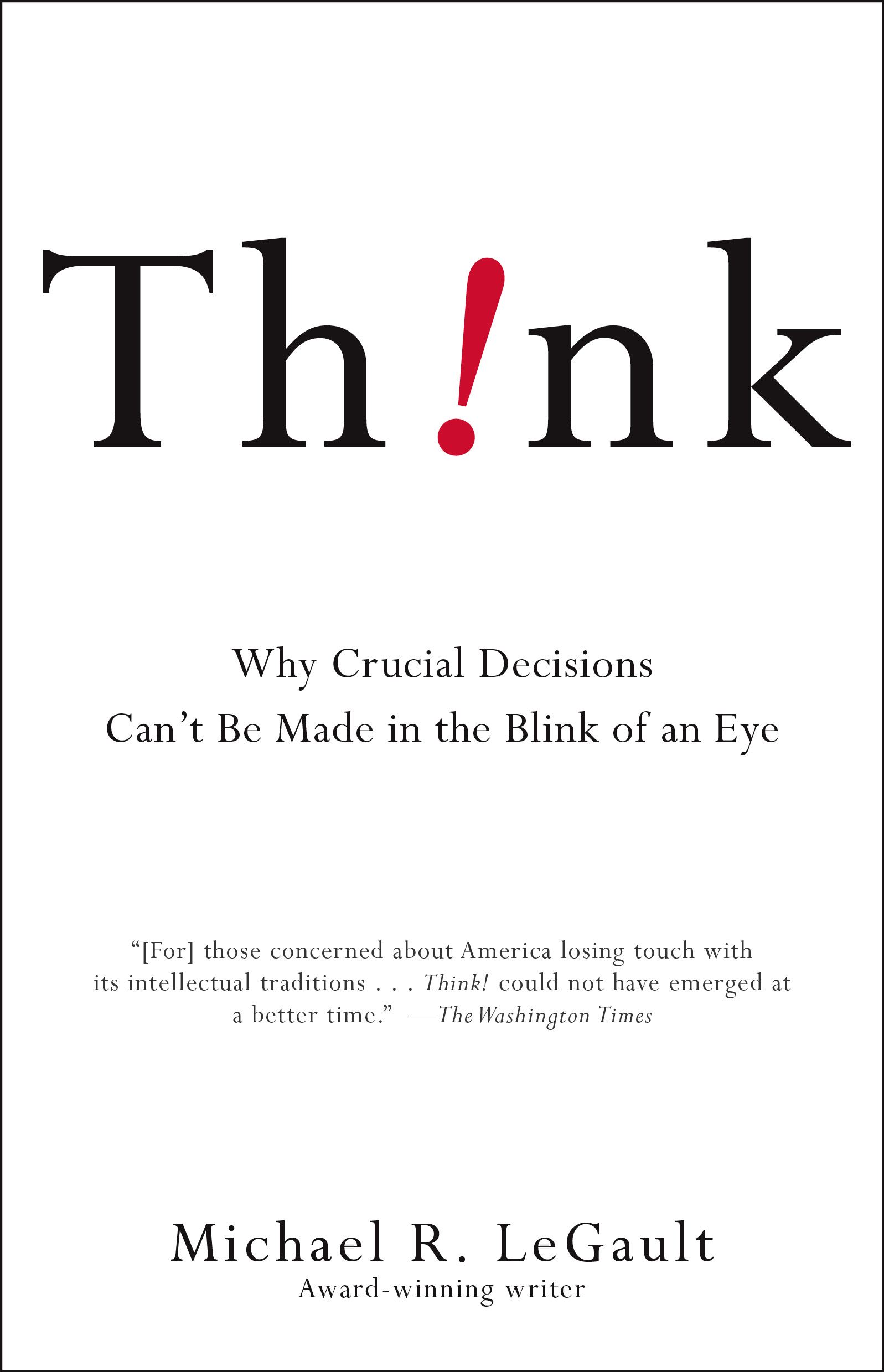 This isn't the time to Blink.
It's time to
THINK!
-- before it's too late.

Outraged by the downward spiral of American intellect and culture, Michael R. LeGault offers the flip side of Malcolm Gladwell's bestselling phenomenon, Blink, which theorized that our best decision-making is done on impulse, without factual knowledge or critical analysis. If bestselling books are advising us to not think, LeGault argues, it comes as no surprise that sharp, incisive reasoning has become a lost art in the daily life of Americans. Somewhere along the line, the Age of Reason morphed into the Age of Emotion; this systemic erosion is costing time, money, jobs, and lives in the twenty-first century, leading to less fulfillment and growing dysfunction. LeGault provides a bold, controversial, and objective analysis of the causes and solutions for:

 the erosion of growth and market share at many established American companies, big and small, which appear to have less chance of achieving the dynamic expansion of the past

 America's growing political polarization, which is a result of our reluctance to think outside our comfort zone

 faulty planning and failure to act on information at all levels that has led to preventable disasters, such as the Hurricane Katrina meltdown

 a culture of image and instant gratification, fed by reality shows and computer games, that has rendered curiosity of the mind and spirit all but obsolete

 stress, aversion to taking risks, and therapy that are replacing the traditional American "can do" mind-set.

Far from perpetuating the stereotype of the complacent American, LeGault's no-holds-barred analysis asks more of us than any other societal overview: America can fulfill its greatest potential starting today, and we need smart teachers, smart health care workers, smart sales representatives, smart students, smart mechanics, and smart leaders to make it happen. Now is the time to THINK! -- because a mind truly is a terrible thing to waste. 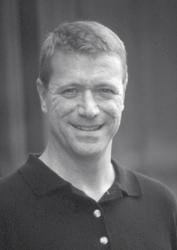 Michael R. LeGault is an award-winning editor and writer, and a former columnist for the Washington Times. His reviews, opinion columns, and features have appeared in newspapers, journals, and magazines across North America. An American citizen based in Toronto, LeGault has worked for and been a consultant to major U.S. companies on health, safety, environmental, and quality issues. He received his B.S. from the University of Michigan and his M.S. from the University of Miami, Florida. LeGault is currently an editor at the National Post. He and his wife, Anneli, have two children.

"[For] those concerned about America losing touch with its intellectual traditions . . . Think! could not have emerged at a better time." -- The Washington Times