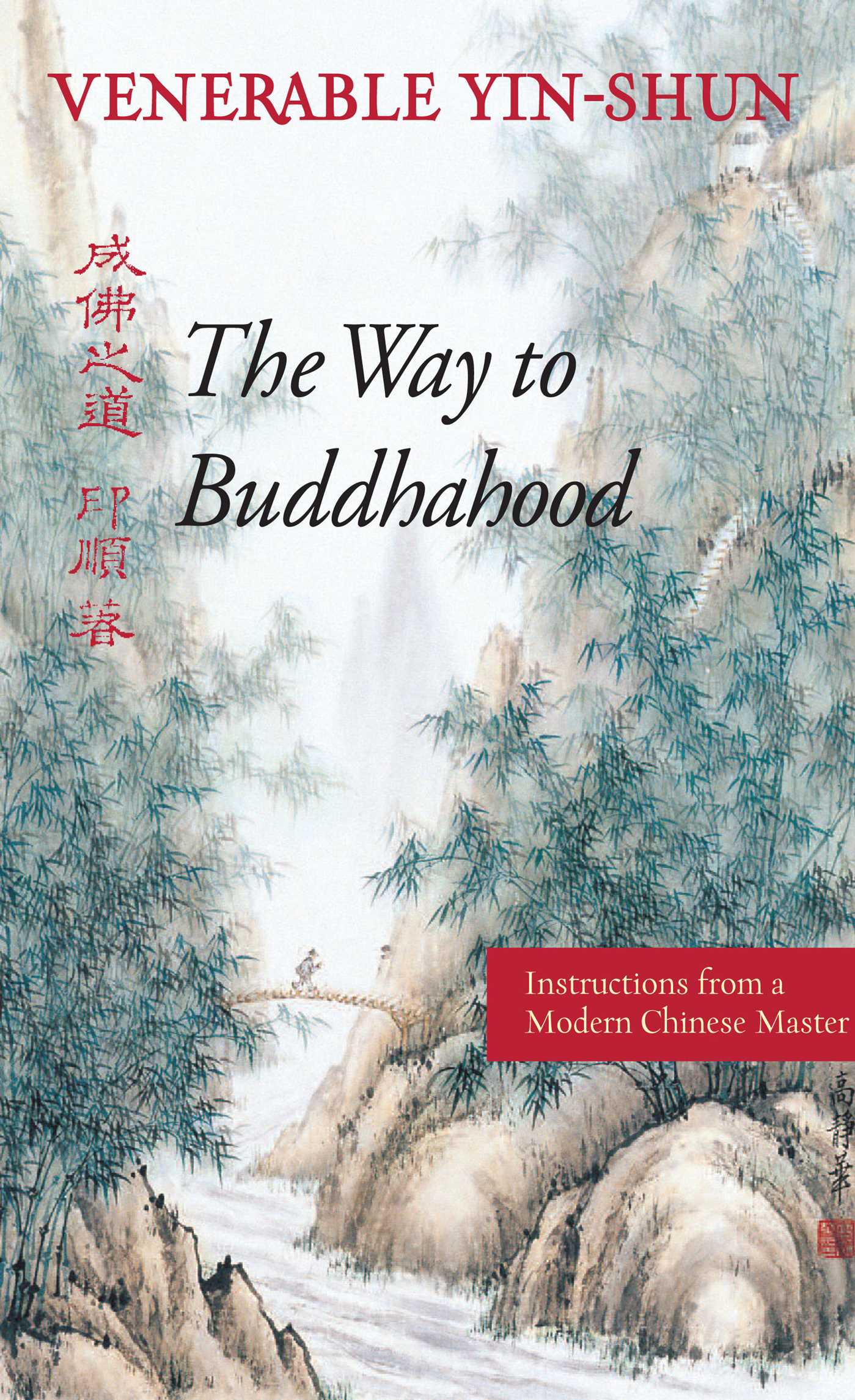 The Way to Buddhahood

Instructions from a Modern Chinese Master

The Way to Buddhahood is a compendium of two thousand years of Chinese practice in assimilating and understanding the Buddhist experience of enlightenment. It is the first in-depth explanation of Chinese Buddhism by Yin-shun, the greatest living master of the Chinese scholar-monk tradition. The master's broad scope not only includes the traditional Chinese experience but also ideas from the Tibetan monastic tradition. This is one of those rare classic books that authentically captures an entire Buddhist tradition between its covers.

Master Yin-shun's life was dedicated to Buddhism. He was born in 1906 and became a Buddhist monk in 1930. During his lifetime, he wrote over seven million words in over forty books. Being a student of Master Taixu (1890-1947), he expanded the teaching of "Human-oriented Buddhism" (Renjian Fojiao). In 1973, he received a PhD from Taisho University of Japan based on his work on Zhongguo Chanzong shi (The History of Chinese Chan Buddhism). He became the first Chinese Buddhist monk to receive a PhD. He passed away in 2005.

"This book, which is a reflection of his long life of study, service and meditation, is a living testament to Yin-Shun's spirituality and erudition. His interpretations bring freshness to the examination of Buddhist doctrine in a clear, compelling style."

"Students of Buddhism will find this an important guide."

"Readers will enjoy the traits of Yin-shun that set him apart from most traditional monk-scholars: his reliance upon diverse sources and traditions, coupled with a highly precise, scholastic examination. But scholars will also find interest in how his book reveals the etiology of the Chinese Tripitaka, while never cleaving to any particular school, since all point toward the Buddha way. For Yin-shun, it is a matter of skillful means: all the ideas presented are legitimate, from Pure Land to the School of Mere Consciousness, their efficacy simply depending on the user's sophistication. General readers, particularly students, will enjoy how this philosophy creates a survey of Buddhist belief in the Chinese vein, while academics will be interested in how such a survey places his thought within the intellectual tradition of Chinese Buddhism."

– The Journal of Buddhist Ethics

"This fine translation…is a most welcome addition to the small English language archives of modern Chinese Buddhism.… The foremost leader of Chinese Buddhism's intellectual resurgence, the monk Yin-shun is both a scholar and an original thinker of the first order. Drawing upon the whole broad range of Buddhist thought--but especially upon the Madhyamaka tradition of Nagarjuna, Candrakirti, and Tsongkhapa--The Way to Buddhahood presents itself as an introductory overview of the essentials of Buddhism. It is that, of course, but it is also much more. It plots a course for Buddhism's future development that will allow its robust engagement with the modern world without forcing the severance of its traditional roots."

The Way to Buddhahood

Instructions from a Modern Chinese Master