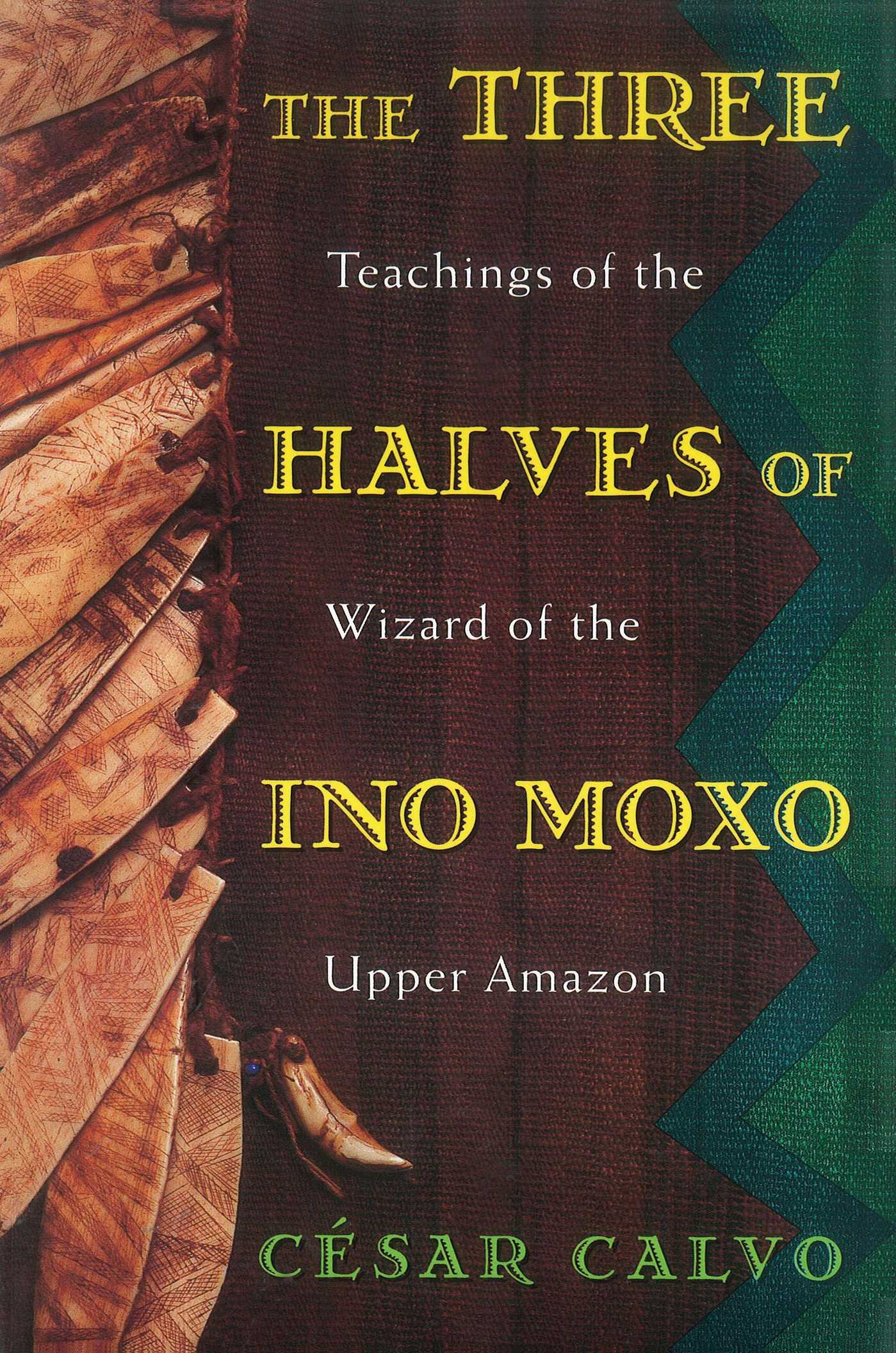 The Three Halves of Ino Moxo

Teachings of the Wizard of the Upper Amazon

Award-winning Peruvian author Cesar Calvo takes us on a quest through the mysterious, dreamlike world of powerful Amazonian sorcerers.

César Calvo was born in 1940 in Iquitos, the capital of the Peruvian Amazon. Winner of the first prize in the "Young Poet of Peru" competition in 1960, he was awarded the National Poetry Prize of Peru in 1970 for his book Pedestal for No One.

"Navigating South American humor, floridly poetic prose and extensive sexual metaphor, Symington skillfully translates this Peruvian book, originally published in 1981 as the first part of a trilogy called The Invisible Colors. Folklore, the iconography of the subconscious and cultural history all converge upon the unexplainable in a psychological and physical jungle. Calvo's journeys took place during the 1970s, when he traveled the depths of the Amazon in search of an interview with renowned sorcerer Ino Moxo. The leader is in fact a 'half-breed,' the son of a rubber collector kidnapped by the chieftain Ximu as a child and raised to become one of the most powerful practitioners in the region. Descendants of the Inkas and other indigenous peoples, the aged Ino Moxo and the four other sorcerers the author encounters continue ancient traditions. Ino Moxo and his contemporary 'green magicians' combined herbalism with 'icaros,' a sort of chanted vibrational healing. Ino Moxo's recollections, however, are not all pacific but include stories of fighting rapacious rubber barons, most notably the Fitzcarrald (two brothers, Fermin and Delfin; Werner Herzog's hero seems to be yet another.) As part of a ritual to determine whether he is worthy to receive sacred understanding, Calvo undertakes an initiation into the mysteries with the help of an hallucinogen, ayawaska, the holy drug of sorcerers, which is supposedly responsible for inspiring significant portions of text."

"When Manuel Cordova-Rios was 13 years old, a tribe of Amahuaca Indians kidnapped him; he adopted the name Ino Moxo (Black Panther) and eventually became high priest of the hallucinogenic powers of the ayahuasca plant used in religious ceremonies. Calvo's quest to the inner sanctum of the shaman's domain resembles the mystical journeys of Carlos Castenada. More captivating than this autochthonous mythology are the scattered anthropological interludes of Amazon tribal life, like the treatise on the art of head-hunting. While the translation captures the oneiric, obtuse flavor of the original, it substitutes nontraditional spelling (e.g. Keshwa for Quechua) and stumbles over the proliferation of indigenous words, making the 22-page glossary absolutely indispensable. An enlightening but nonessential purchase."

The Three Halves of Ino Moxo

Teachings of the Wizard of the Upper Amazon