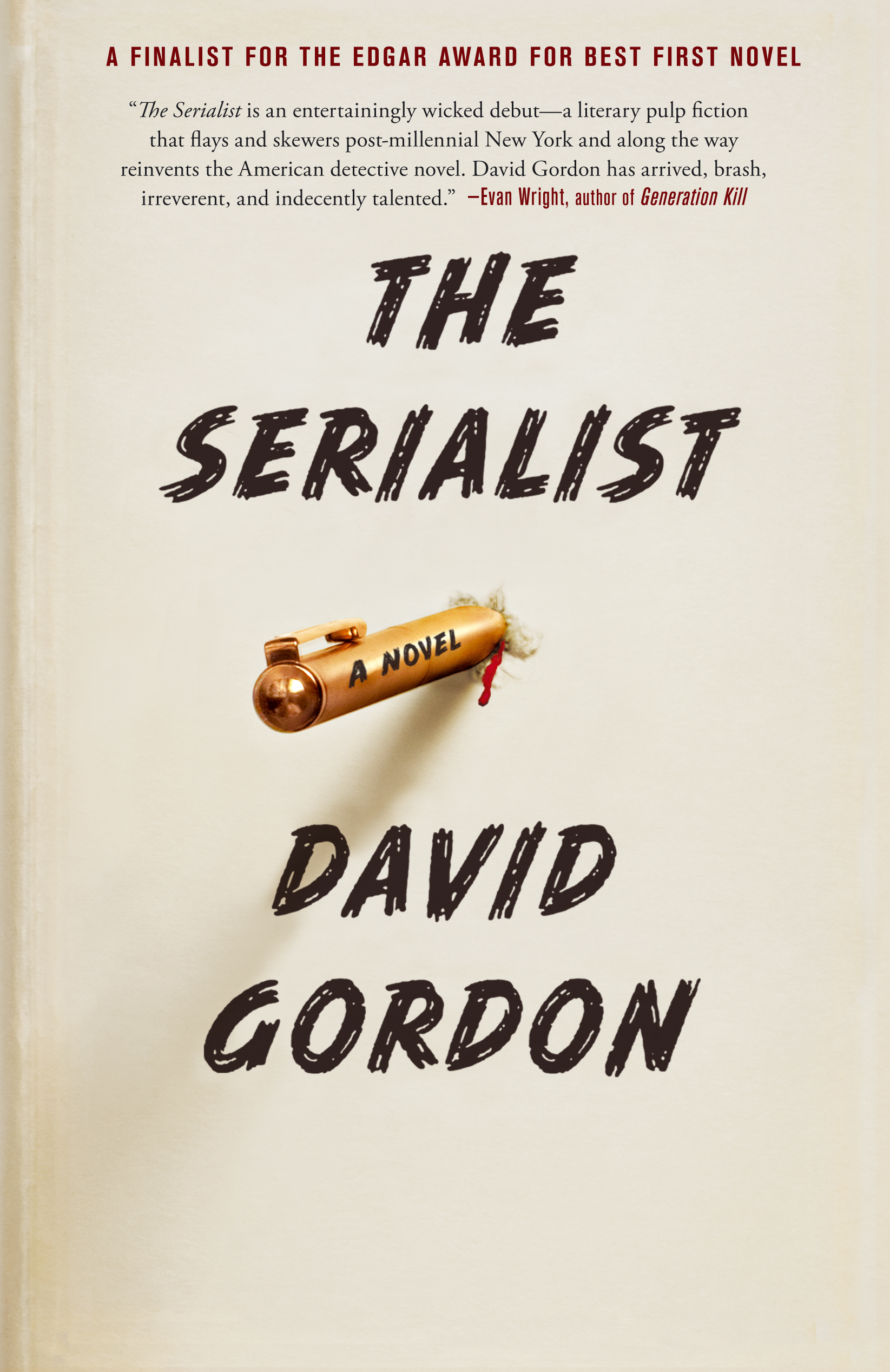 Harry Bloch is a struggling writer who pumps out pulpy serial novels—from vampire books to detective stories—under various pseudonyms. But his life begins to imitate his fiction when he agrees to ghostwrite the memoir of Darian Clay, New York City’s infamous Photo Killer. Soon, three young women turn up dead, each one murdered in the Photo Killer’s gruesome signature style, and Harry must play detective in a real-life murder plot as he struggles to avoid becoming the killer’s next victim.

Witty, irreverent, and original, The Serialist is a love letter to books—from poetry to pornography—and proof that truth really can be stranger than fiction.

David Gordon is a graduate of Sarah Lawrence College and the Columbia MFA program and also holds a Masters in English and Comparative Literature from Columbia. He has worked as a screenwriter and a magazine editor. He lives in New York City.

"A killer debut. . . funny, with a satirical edge, and unlike some literary authors who play with genre, Gordon knows how to write a potboiler." --Los Angeles Times

“Seldom has a serial-killer story been as richly textured and laugh-out-loud funny as this one. Sure to be among the most unusual and appealing of this year’s debut thrillers.”
--Booklist (starred review)

"An irreverent and funny twist on the classic whodunit—the kind of pulp-fiction mystery that made the careers of such writers as Jim Thompson, Raymond Chandler, and Dashiell Hammett." -- GQ.com

"The Serialist is a book about many things but above all it's about storytelling -- why and how we tell stories to stay not only sane but also alive. David Gordon writes with style, bite, suspense, humor, and heart. Remember his name. The Serialist is great fun to read and the beginning of a noteworthy career."
--David Ebershoff, author of The 19th Wife and The Danish Girl

"David Gordon has gathered up our cultural trash and made of it something magnificent. In the tradition of Bolano, Chandler, and lots of dime novels that most of us pretend to know nothing about, The Serialist makes high art out of serial murders, pornography, soup dumplings and pulp fiction. I adore this book!"
-Rivka Galchen, author of Atmospheric Disturbances

"The Serialist is an entertainingly wicked debut. A literary pulp fiction that flays and skewers post-Millennial New York and along the way reinvents the American detective novel. David Gordon has arrived, brash, irreverent and indecently talented."
--Evan Wright, author of Generation Kill

"The Serialist is David Gordon’s debut novel, and an auspicious one it is. . .Terrific
characters, a game (if somewhat reluctant) protagonist and clever dialogue make
The Serialist a really excellent debut just itching for a sequel." --Bookpage