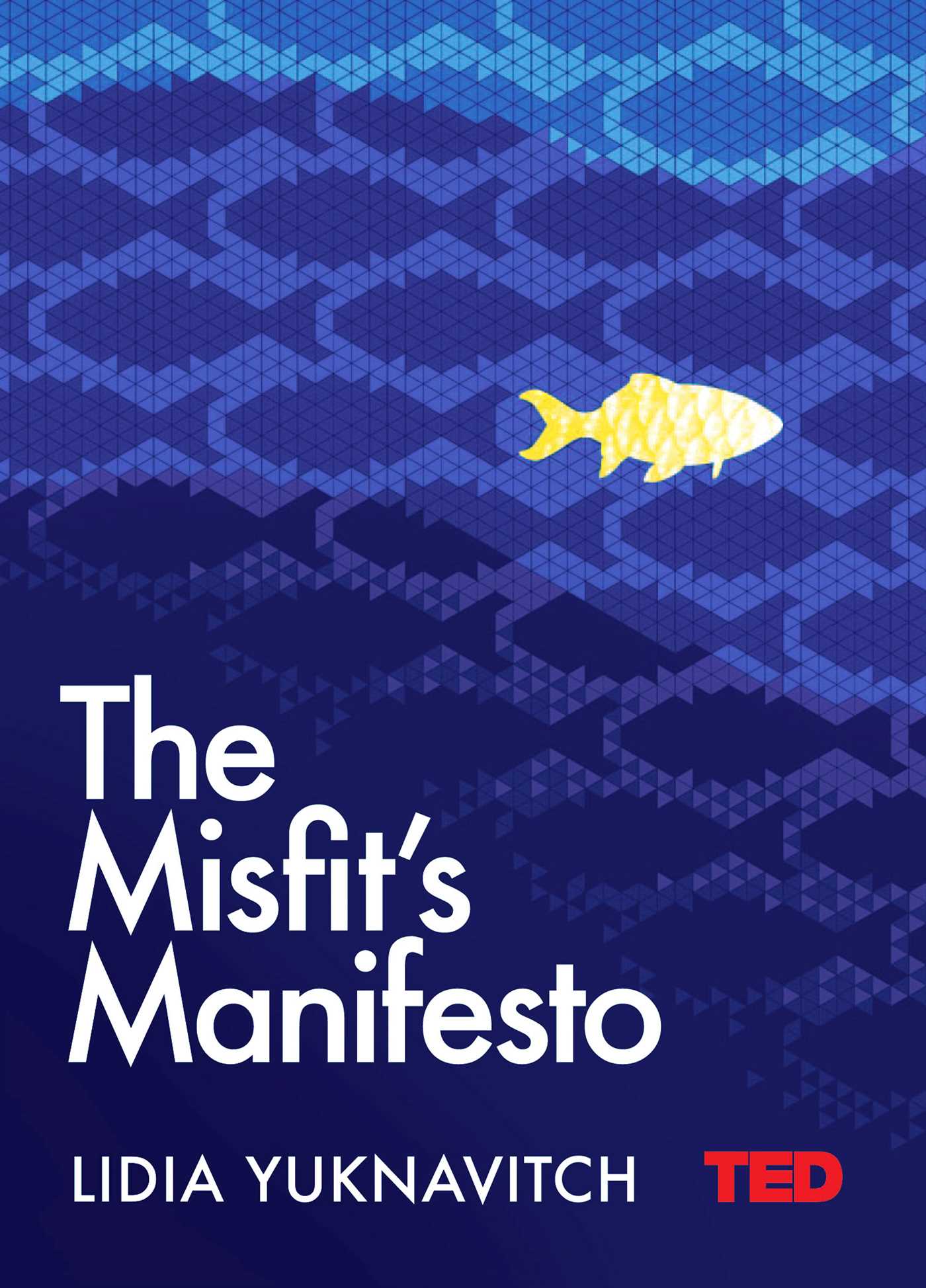 A manifesto that makes a powerful case for not fitting in - for recognizing the beauty, and difficulty, in forging an original path from Lidia Yuknavitch, one of the most celebrated TED speakers and a writer heralded for her brave and experimental writing.

‘If the road you came in on led through several hells and you walked it more alone than you’d ever want anyone to be, this is your book, full of your people. Welcome home.’ Rebecca Solnit, author of Men Explain Things to Me and A Field Guide to Getting Lost

‘Lidia has created a safe space for those of us that have never fit in, for whom the world often seems an impossible place. This remarkable book is a house for people that didn’t believe they had a home.’ Stephen Elliott, author of The Adderall Diaries

A misfit is a person who missed fitting in, a person who fits in badly, or this: a person who is poorly adapted to new situations and environments. It’s a shameful word, a word no one typically tries to own. Until now.

Lidia Yuknavitch is a proud misfit. That wasn’t always the case. It took Lidia a long time to not simply accept, but appreciate, her misfit status. Having flunked out of college twice, with two epic divorces under her belt, an episode of rehab for drug use, and two stints in jail, she felt like she would never fit in. She was a hopeless misfit. She’d failed as daughter, wife, mother, scholar – and yet the dream of being a writer was stuck like ‘a small sad stone’ in her throat.

The feeling of not fitting in is universal. The Misfit’s Manifesto is for misfits around the world – the rebels, the eccentrics, the oddballs, and anyone who has ever felt like she was messing up. It’s Lidia’s love letter to all those who can’t ever seem to find the ‘right’ path. She won’t tell you how to stop being a misfit – quite the opposite. In her charming, poetic, funny, and frank style, Lidia will reveal why being a misfit is not something to overcome, but something to embrace.

Lidia also encourages her fellow misfits not to be afraid of pursuing goals, how to stand up, how to ask for the things they want most. Misfits belong in the room, too, she reminds us, even if their path to that room is bumpy and winding. An important idea that transcends all cultures and countries, this book has created a brave and compassionate community for misfits, a place where everyone can belong.

The Misfit's Manifesto is an inspiring read that will captivate readers as much as Brené Brown's Daring Greatly and Elizabeth Gilbert's Big Magic.

Lidia Yuknavitch is the national bestselling author of the novels The Book of Joan, The Small Backs of Children, Dora: A Headcase, and the memoir The Chronology of Water. Her acclaimed TED Talk “The Beauty of Being a
Misfit” has over 2 million views. She is the recipient of two Oregon Book Awards, a Willamette Writers Award, and was a finalist for the 2017 Brooklyn Public Library Literary Prize and the 2012 Pen Center Creative Nonfiction Award. She writes, teaches, and lives in Portland, Oregon.

More books in this series: TED 2