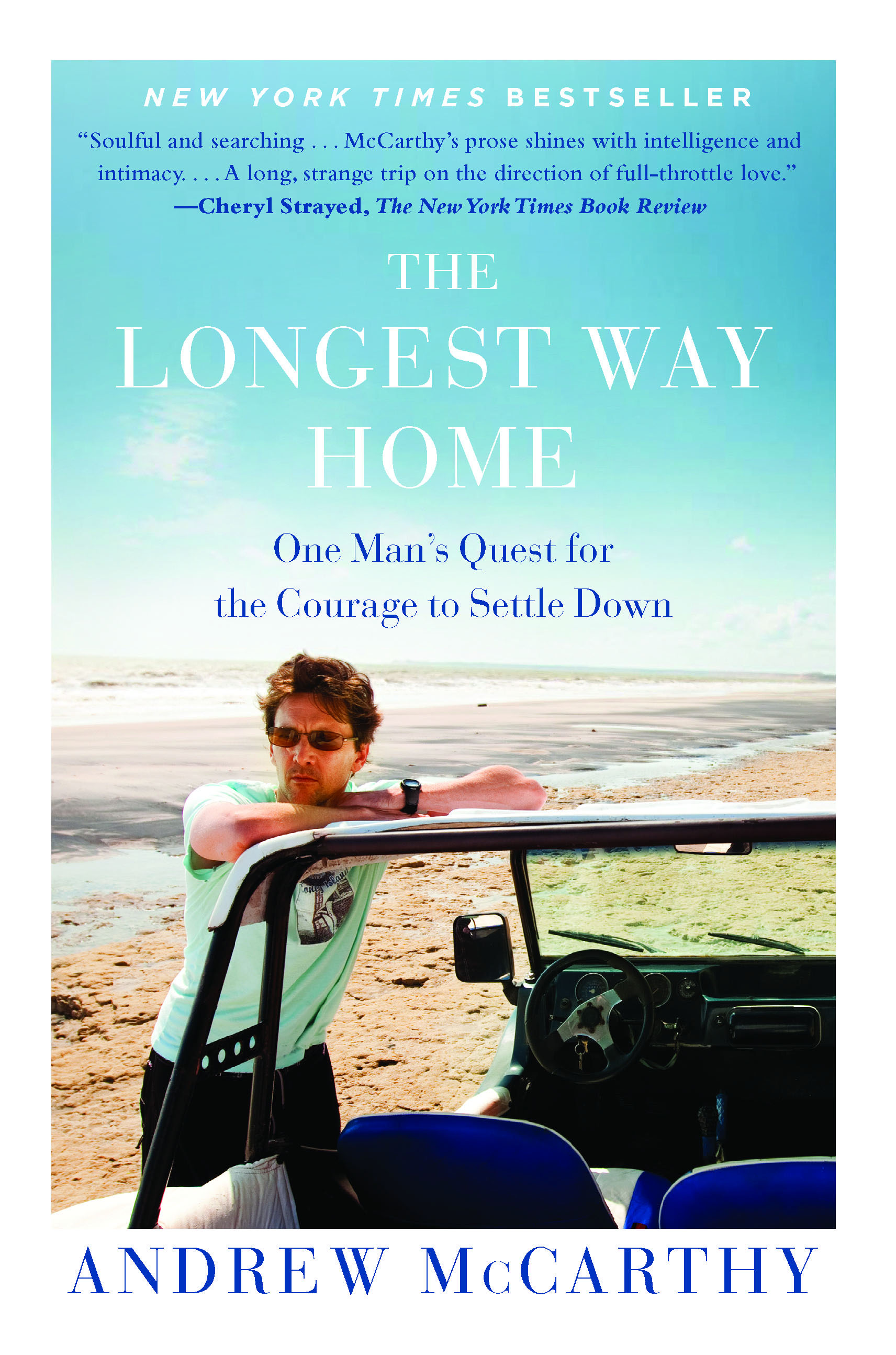 One Man's Quest for the Courage to Settle Down

With absorbing honesty and an irrepressible taste for adventure, award-winning travel writer and actor Andrew McCarthy takes us on a deeply personal journey played out amid some of the world’s most evocative locales. Unable to commit to his fiancée of nearly four years—and with no clear understanding of what’s holding him back—McCarthy finds himself at a crossroads, plagued by doubts that have clung to him for a lifetime. Though he ventures from the treacherous slopes of Mt. Kilimanjaro to an Amazonian riverboat and the dense Costa Rican rain forests, McCarthy’s real journey is one of the spirit. Disarmingly likable, McCarthy isn’t afraid to bare his soul on the page, and what emerges is an intimate memoir of self-discovery and an unforgettable love song to the woman who would be his wife. 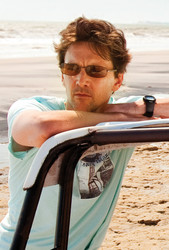 Since starring in movies like Pretty in Pink, St Elmo’s Fire, and Less Than Zero, Andrew McCarthy has become a director, an award-winning travel writer, and a bestselling author. He has directed more than eighty hours of television, including Orange Is the New Black, The Blacklist, Gossip Girl, and many others. For a dozen years he served as editor at large at National Geographic Traveler and his award-winning travel writing has appeared in The New York Times, the Atlantic and TIME. He is the author of The Longest Way Home, Just Fly Away, and most recently a memoir, Brat, all New York Times bestsellers.

“Soulful and searching . . . McCarthy’s prose shines with intelligence and intimacy . . . A long, strange trip on the direction of full-throttle love.”

"Combining the best aspects of Paul Theroux’s misanthropy in books like Old Patagonian Express and Elizabeth Gilbert’s emotions in Eat, Pray, Love, this book is hard to put down.  Bound to be popular, this compelling and honest chronicle will not disappoint readers."

“Andrew McCarthy treks from Baltimore to the Amazon, exploring his commitment issues as fearlessly as he scales Mount Kilimanjaro."

"Brave and moving...McCarthy’s keen sense of scene and storytelling ignites his accounts...[t]hreaded with an exemplary vulnerability and propelled by a candid exploration of his own life’s frailties."

"McCarthy ponders some of the biggest and most frightening questions surrounding intimacy: How does a loner connect? How does a traveler settle down? How do we merge into families without losing ourselves? The answer seems to be that all these things are impossible...and yet somehow we do it anyway. There is much to be learned, and much to be admired, in this elegant, thoughtful story."—Elizabeth Gilbert, bestselling author of Eat, Pray, Love

"This is not some memoir written by an actor who fancies himself a world traveler. McCarthy really is a world traveler – and a damned fine writer, too…To readers who think, “Andrew McCarthy? Really?” the answer is a resounding and emphatic yes. Really."

"Rarely have I seen the male psyche explored with such honesty and vulnerability. This is the story of a son, a father, a brother, a husband, a man who finds the courage not only to face himself, but to reveal himself, and, in so doing, illuminates something about what it is to be human, fully alive, and awake.” --Dani Shapiro, Author of Devotion

"It's hard to write books that are both adventurous and touching, but Andrew McCarthy manages to pull it off and more! A smart, valuable book." --Gary Shteyngart, bestselling author of Super Sad True Love Story and Absurdistan

"Where lesser writers might reach for hyperbole and Roget to describe such exotic lands as Patagonia, Kilimanjaro and Baltimore, in The Longest Way Home, McCarthy leans on subtlety, a straightforward style and hard-won insights to allow his larger stories to unfold. It’s not hard to imagine him as the solitary figure in the café, scribbling in a notebook by candlelight, making the lonely, tedious work of travel writing look romantic and easy."--Chuck Thompson, author of Better Off Without 'Em and Smile When You're Lying

"As an actual voyage, McCarthy's globe-trotting tale is an evocative, highly entertaining read. But as an introspective and emotional journey, his story is unforgivingly honest, courageous, and hard to put down." --David Farley, author of An Irreverent Curiousity

“McCarthy delivers a deeply revealing memoir about settling down, both with a woman and in his own skin. An unflinchingly honest examination of his life as an actor, son, brother, husband, and father, as well as his struggle with commit­ting to a woman in his life whom he plans to—and does, by the end of the book—marry in Dublin. Alcoholism, infidelity, the dark side of celebrity—McCarthy holds nothing back. … he skillfully brings the locations and their characters to life. …Like the best travel, accompanying McCarthy on his road toward self-awareness and the woman he loves is much more about the journey than the destination.”

“A must-read for any dude finding his way.”

One Man's Quest for the Courage to Settle Down