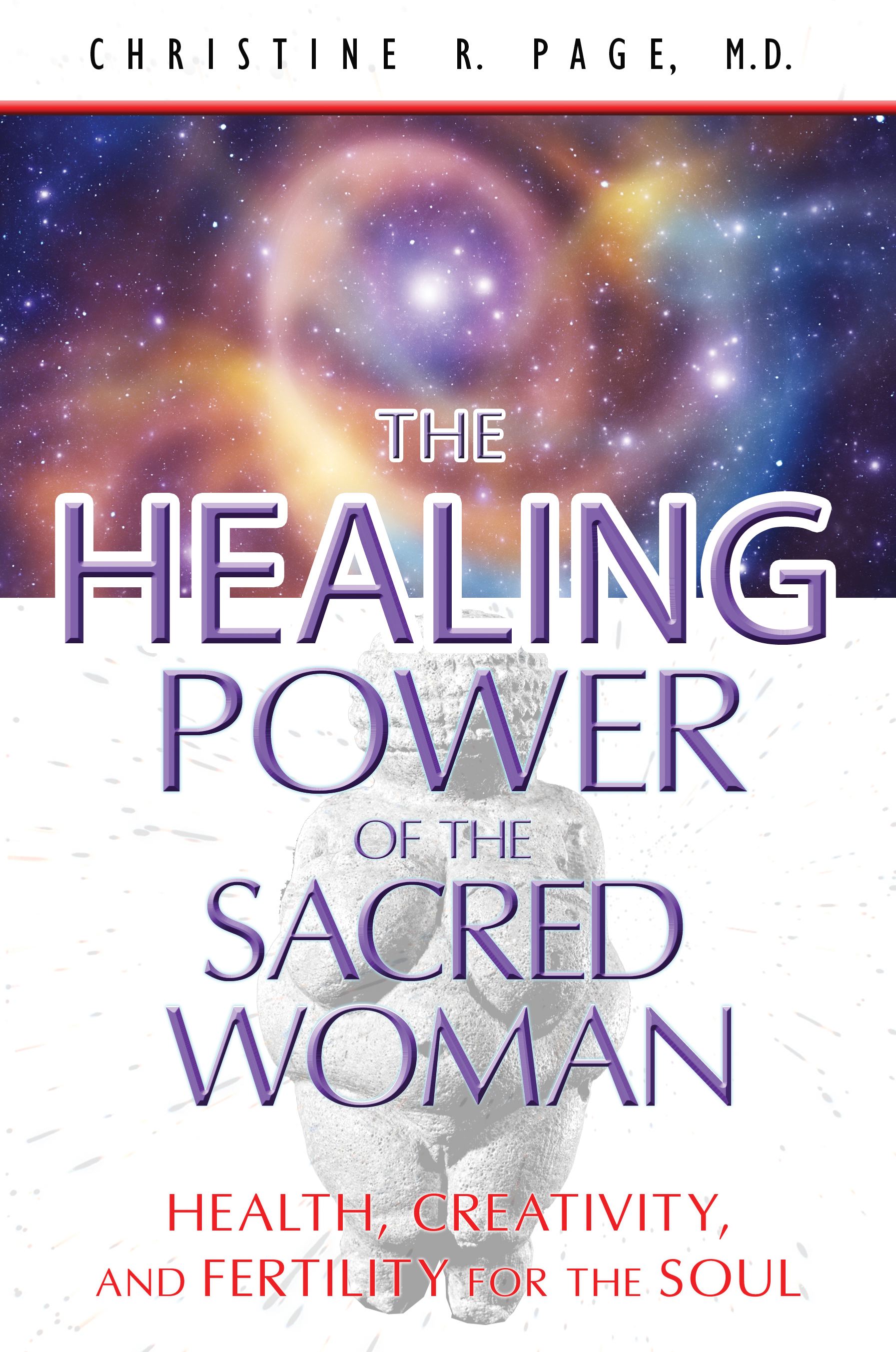 The Healing Power of the Sacred Woman

Health, Creativity, and Fertility for the Soul

How to enhance well-being by reconnecting to sacred womanhood

• Shares ways to embody the power, wisdom, and compassion of the Great Mother

Four thousand years ago, women were seen as living representatives of the Great Mother, whose cyclical and potent energy gave birth to all existence. Today, this sacred awareness has been lost or distorted, causing a collective amnesia among women around the world. However, there is one symbol of the Great Mother’s loving presence that has remained unchanged for tens of thousands of years: the physical body. Its curves, sensuality, softness, and monthly flow are constant reminders of this deep loving connection. When illness appears, especially within the breasts and fertility organs, a woman is being reminded to return to her pure and sacred identity, where death and birth are essential for growth and love flows without expectations.

Combining more than 30 years’ experience in health care with in-depth research into the history and mythology of the divine feminine, Christine R. Page, M.D., reveals that women are the foundation of the birth of new levels of consciousness, without which the evolution of humanity will become barren and dry. Yet, such birth can occur only when women have the courage to reject the beliefs and images of the feminine imposed upon them four thousand years ago and reclaim their true identity. Through a fascinating journey into the body, Dr. Page shows the importance of self-love and self-respect and explains how sex is a natural process of unification where women take the lead, similar to the ancient sacred priestesses. Dr. Page reminds women to reconnect to the potent and creative energy of Mother Earth, which gives power to the intuitive voice of the heart and nurtures new seeds of inspiration and enlightenment through the womb.

As any alchemist knows, the greatest force of creation occurs when there is friction between different elements such as earth, fire, air, and water. If everything is the same, there is no growth. It was therefore decided that humankind should divide into two aspects, male and female, where each contains the seed of the other, the anima and animus. At the same time, the soul engaged with the consciousness of the Earth thereby creating an intelligent form, our physical body. This fundamental cooperation between spirit and matter sowed the seed for the future unification of Heaven and Earth, brought about by the expression of the soul’s blueprint into creative manifestation.

That decision set the scene for our present-day experiences. When two or more entities come together, their energy or light bodies interconnect, and through this sexual process something new is born, directly inspired by their joint communication and connection to the Source. Thus it could be said that every time we engage with anything, whether a person, tree, thought, or idea, we are having sex. This is the true meaning of intercourse, which comes from the Latin words inter, meaning “between,” and course, meaning “to run,” from the verb currere. Intercourse is to run energy between two entities so that together they can reach a state of mutual agreement through the subtle communication between our energy bodies. Indeed, in many cultures intercourse is interpreted as conversing, while coitus is used to describe sexual relations. Interestingly, the Latin translation of coitus also means “to run together.” The word communion also suggests mutual sharing. This is the meaning behind the message of Jesus who stated: “For where two or three are come together in my name, there am I among them” (Matthew 18:20). This was not a religious statement but reflects the fact that when we interact or intercourse with others, we enter a state of union with the divine consciousness that nourishes and renews our soul.

Yet, for this to happen, both parties need to be consciously present in the process and willing to give and receive, in order to benefit from the revitalization and transformation available. Otherwise the process will leave them tired and drained. It seems clear to me that if the purpose of all meetings is to be inspired and renewed, why wouldn’t we choose to be fully present? This clearly explains why there is so much chronic fatigue and depression in the world today, with so much emphasis on multitasking, which takes our focus away from a conscious presence. In my mind, it is more appropriate to call depression dispiritedness, as it reflects a loss of contact with our spirit or soul’s awareness.

In the early days of our evolution, it wasn’t necessary to have physical coitus or intercourse, for just being in the presence of another person’s light body opened the channels to the Source of pure consciousness. As the energy within our physical and emotional bodies became more static and dense, the need for physical contact became greater. However, I’m sure that we’ve all met people in whose presence we felt revitalized because of the strength of their light energy. We can also find restoration for our soul in nature, as Mother Earth is a pure reflection of the Creative Source. It is possible to revitalize the energy of your etheric body on our own, but our ancestors would laugh at such a suggestion: Why make things so complicated?

In its purest form, sacred sex is about the communion of consciousness or light energy between two or more life-forms, whether people, plants, rocks, or stars. The more present and celebratory we are of the other life-form, the greater the exchange of energies. If we find ourselves acting from our heads or from our emotions--where judgment, shame, and fear are evoked--then we are not present but merely attempting to control the situation. As humans, we have become so distrustful of allowing ourselves to be seen naked, not just physically but emotionally and mentally. Trust does not come from the overdevelopment of our warrior self, which emerges from the masculine chakras, but from the empowerment of our feminine chakras. Only when there is a mutual respect and honor between our inner male and female will we truly be ready to appear naked before another individual. This sacred relationship is under the guardianship of the goddesses Hera and Juno, expressed by white lilies.

In response to the fact that we were born from the divine marriage of opposites, many traditions have incorporated the union of such dual forces into their teachings. These polar extremes are described as masculine and feminine, the sun and the moon, spirit and matter, yang and yin, Shiva and Shakti. When these two forces communicate their energies, they create a third force, which is often represented in the trinity as father, mother, child. Yet it would be more appropriate to say that the two create a vessel for the third to exist, while all are mutually dependent on each other. Such a trinity is expressed by the two ovaries and the uterus that sits between them. The ovaries are dependent on the womb to provide a safe and nurturing environment for their eggs, while the womb is dependent on the ovaries to produce the hormones that stimulate its cyclical pattern of creativity.

There was never meant to be any enmity between the two opposing forces but an understanding that their uniquely different qualities are essential for the creative process. For example, the feminine energy is often described as magnetic, attracting, and negatively polarized, while the masculine is electric, repelling, and positively polarized. Together they create an electromagnetic field that is known to be behind the creation and preservation of all life on this planet.
Christine R. Page

Christine R. Page, M.D., began her medical practice in London in 1978 and combined it with homeopathy in 1989. She is an international seminar leader on subtle energy and energy medicine, having created a three-level training program to enhance the power of intuition for health care professionals. She is the author of Frontiers of Health: How to Heal the Whole Person and Spiritual Alchemy. She lives in California.

“In her book The Healing Power of the Sacred Woman, Christine R. Page, M.D., asks a question of timeless importance: ‘How do we really connect with the feminine essence?’ It’s clear she has also lived the question, in both ordinary and extraordinary ways, making this more than an ordinary book, but a pure expression of the search for the most authentic answer. You’ll discover insights and ancient wisdom on every page, because it is all within you, waiting for your inevitable embrace.”

“Filled with practical analogies, you will explore the depth of emotions and perceptions and learn to reconnect by examining the ancient, historic and proven examples throughout the ages.”

“At this moment I urge you, courageous man or woman, to open your heart and spirit to investigate this book and find what wisdom awaits you, the deepest part of you, to help you answer an essential question, ‘What am I here to do?’ I believe this book helps provide an answer.”

“I found this book to be fascinating. As a woman, I appreciated her exploration into sacred feminine sexuality and found her section on Awakening the Serpent and Dragon Power (page 151-171) enlightening and reminiscent of the techniques used in the ancient temples of the high priestesses...I rate this book Five Stars out of a Five Star rating and recommend that it be a part of any metaphysicians library.”

“Throughout the book she ties it all to the physiology and function of the female body, asking women to begin honoring their bodies and themselves again. Let customers know that this is a perfect follow-up to Madly in Love with Me.”

“This book points out beautifully how the sacred feminine is intrinsically linked to conscious evolution. As a human race we have collectively gone unconscious and to wake up, women must dismantle old societal beliefs from the past. This is also a great read for men who are searching for their inner balance of masculine and feminine. This was a huge step for me to come into my own feminine power and to be a much-needed influence in the world around me.”

“Dr. Page reminds women to reconnect to the potent and creative energy of Mother Earth, which gives power to the intuitive voice of the heart and nurtures new seeds of inspiration and enlightenment through the womb.”

“Showing that a woman’s purpose is to give birth not only to new life but also to new levels of consciousness, The Healing Power of the Sacred Woman is a wake-up call for both humanity and every woman on the planet. I love this book.”

“After 4,000 years the true role of women, as the essential foundation for human life itself and for the sacred rituals of life, is reintroduced to our society. Dr. Page has given us a tremendous gift through the embodiment of the Sacred Woman. Essential reading for all conscious individuals!”

“This is a magnificent book! Bravo, Dr. Page, for pulling all these sacred threads together in one place in this time of reawakening!”

“A brilliant contribution to health and consciousness literature . . .every reader will benefit enormously from Dr. Christine Page’s knowledge and wisdom.”

– Caroline Myss, author of the New York Times bestselling Anatomy of the Spirit

“The Healing Power of the Sacred Woman is filled with ancient wisdom that activates conscious awareness while simultaneously nourishing and renewing our souls.”

The Healing Power of the Sacred Woman

Health, Creativity, and Fertility for the Soul